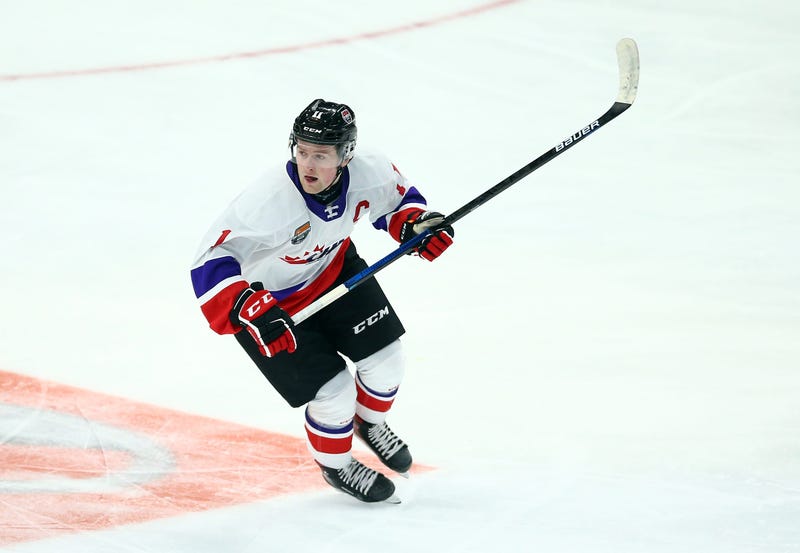 The National Hockey League and its Central Scouting department released the final rankings for the 2020 NHL Draft on Wednesday, which profiled 400 prospects playing in North America, as well as internationally.

The 2020 draft will likely feature a consensus No. 1 overall pick as left winger Alexis Lafrenière has been touted to be one of the best prospects to enter the draft in some time.

Over the past three seasons, Lafrenière has put up some outstanding production with the Rimouski Océanic in the Quebec Major Junior Hockey League, scoring 114 goals and picking up 183 assists for 297 points in 173 games played. His 2018-19 season was a memorable one as a 16/17-year-old, where he put up 105 points (37+68) in 61 games. Although he failed to win a QMJHL title with Rimouski, Lafrenière was named as the league's most valuable player, and eventually was named the MVP of the entire Canadian Hockey League.

Lafrenière was already having another phenomenal 2019-20 season in Rimouski before the rest of the season was canceled due to the coronavirus. The 18-year-old had scored 35 goals and amassed 77 assists for 112 points in just 52 games played. He could very well be named as the MVP of both the QMJHL and the CHL once again when they decide to hand out the annual awards.

The native of Saint-Eustache, Quebec was also a pivotal part of the Canadian team that won the gold medal at the 2020 IIHF World Junior Championship in the Czech Republic. Lafrenière missed a pair of games in the preliminary round due to a knee injury, but he was still able to play in five games, scoring four goals and picking up 10 points while earning the MVP honors of the tournament.

While Lafrenière has not been labeled as a "generational" talent heading into the draft, he is a high-octane player on the wing that will likely become one of the better players in the NHL for years to come.

“Lafrenière has exceptional skills and attributes which make him a scoring threat every time he steps onto the ice,” said NHL Director of Central Scouting Dan Marr. “Whether it’s with Rimouski in the QMJHL or on the world stage he has continually shown that he is a force that can impact and be a difference maker in games. What sets him above in this Draft class is the natural compete and battle traits that are ingrained in his game, allowing Alexis to lead the way and make others around him better.”

Right behind Lafrenière on the North American rankings is Sudbury Wolves center Quinton Byfield in the Ontario Hockey League.

Byfield is a big-bodied forward who led the Wolves in scoring this season with 82 points (32+50) in 45 games played. The 17-year-old was the OHL and CHL Rookie of the Year for the 2018-19 season, and ended up ranking fifth this season in the OHL with an average of 1.82 points per-game.

The native of Newmarket, Ontario also won the gold medal with Canada at the 2020 World Junior Championship, picking up an assist in seven games played in a much smaller role on the team.

The best defenseman of this draft comes in at No. 3 on the North American rankings - Jamie Drysdale of the Erie Otters.

Drysdale was one of the bright spots for the Otters this season on the blue line with nine goals and 38 assists for 47 points in 49 games. The 18-year-old finished the 2019-20 season as the OHL's 13th leading scorer among defensemen, while ranking 10th among defensemen in average points per-game (0.96).