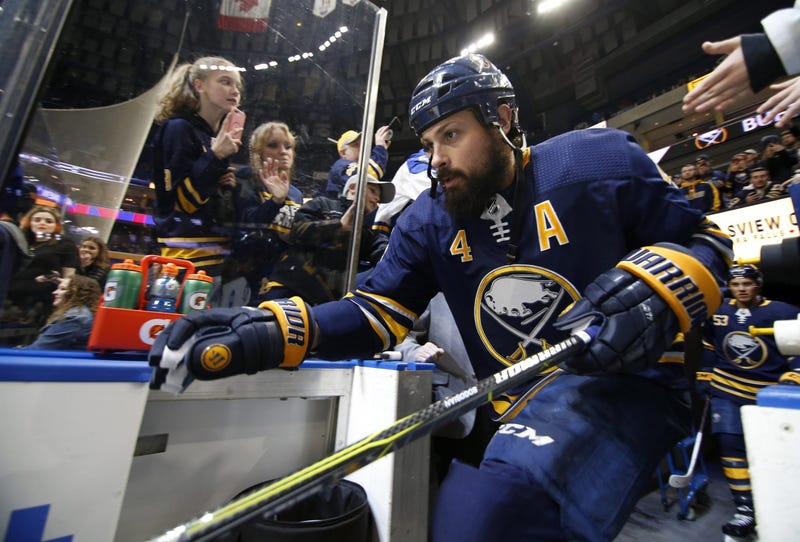 It's no secret that the Buffalo Sabres have been looking to trade a defenseman.

General manager Jason Botterill has spoken numerous times on making a move for a forward, and several reports have linked Marco Scandella and Rasmus Ristolainen to potential moves.

Now, Zach Bogosian is the subject of the latest trade rumor.

Bogosian has played 10 games this season since returning from offseason hip surgery, where he has registered three assists. He's had several gaffes in his own end that have led to several scoring chances against while averaging 18:45 of ice time.

The issue with trading Bogosian wouldn't have been his desire to be dealt. Bogosian has a $5.142 million cap hit. There are only 10 teams in the NHL that could take Bogosian's cap hit without sending salary back. Although, with this being the final year of his deal, it would be easier to convince a team to take the contract just until the end of the season.

The Pittsburgh Penguins were mentioned as a potential trade partner by Sportsnet's Elliotte Friedman. When talking with The Instigators on Thursday, Friedman said the Sabres have shown more interest in forward Alex Galchenyuk than any other team.