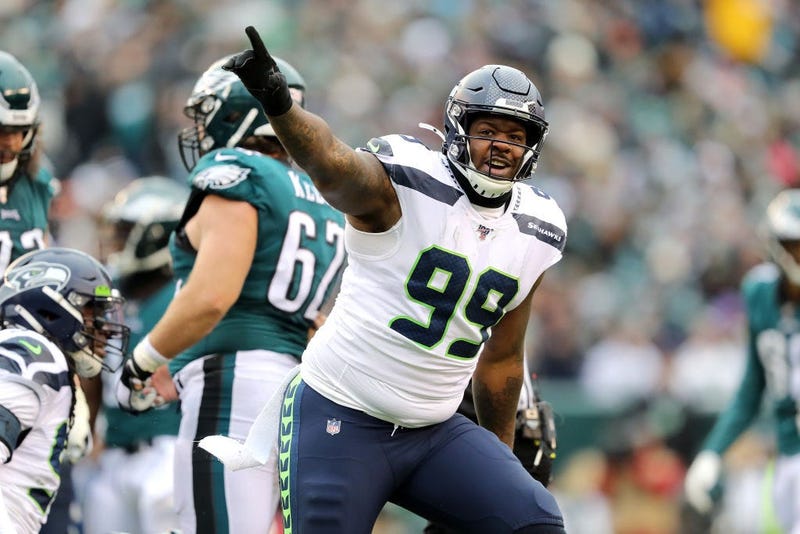 There’s just something about the sun going down that leads to the Buffalo Bills making moves.

One night after trading for wide receiver Stefon Diggs and signing defensive end Mario Addison and linebacker A.J. Klein, the Bills have reportedly agreed to terms with two more defensive linemen, bringing in defensive tackles Quinton Jefferson of the Seattle Seahawks and Vernon Butler of the Carolina Panthers, according to NFL Network’s Ian Rapoport.

The #Bills are expected to sign #Seahawks DE Quinton Jefferson to a 2-year deal, source said. An underrated starter in Seattle.

Buffalo isn’t done. Former #Panthers first-round DT Vernon Butler is headed to the #Bills, source said. He gets two years for roughly $16M on a deal that can be worth up to $18M. Of that, $9.3M is guaranteed. Another Carolina to BUF connection...

Jefferson will turn 27-years-old at the end of this month. He entered the league as fifth round pick out of Maryland in 2016. After two years of playing only nine games for the Seahawks, he started 24 games over the last two seasons, collecting 59 total tackles and 7.5 sacks in his four-year career. In Seattle, the 6-foot-4, 291-pound Jefferson played both defensive tackle and defensive end in their hybrid 4-3/3-4 defense. In Buffalo, he'll most likely fit in on the interior defensive line.

Quinton Jefferson is more of a DT in a 4-3 defense. I’d expect him to play the 3-technique for the Bills, filling a void left by Jordan Phillips. Here’s one of his 3.5 sacks last year. pic.twitter.com/1SOyAVFKfP

Butler, who will turn 26 this offseason, is a 2016 first round pick of the Panthers out of Louisiana Tech when Bills head coach Sean McDermott was the team’s defensive coordinator. New Bills defensive line coach Eric Washington was his defensive coordinator for the past two seasons there. Although he failed to live up to his first round status through his first three years in Carolina, the 6-foot-4, 330-pounder had a breakout year in 2019, collecting six sacks and 32 total tackles.