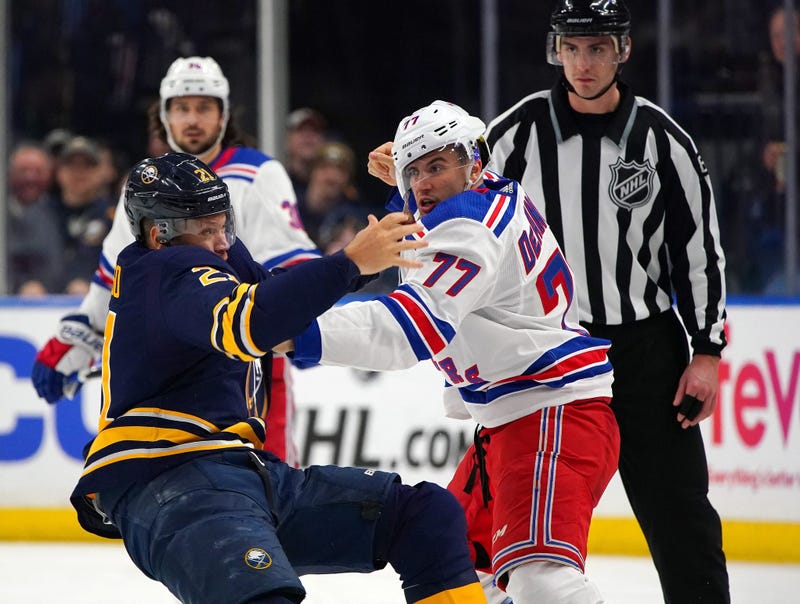 Sunrise, FL (WGR 550) - Kyle Okposo was in New Jersey and skated Sunday morning, but something wasn’t right and he was sent home. Okposo left the game on Friday after a fight with Tony DeAngelo. Phil Housley said, “Kyle’s back in Buffalo getting further evaluated."

Housley said he didn’t have any other information.

With Okposo being out, the Sabres have only 12 healthy forwards, so I wouldn’t be surprised if there’s a call-up from Rochester.

Marco Scandella is not coming back anytime soon as Housley said, “He’s been upgraded to week-to-week with an upper-body injury.”

Zach Bogosian and Rasmus Ristolainen did not practice on Monday. Housley didn’t sound sure if they’d be available on Tuesday against Florida, “They’re just maintenance days and we’ll know more tomorrow.”

Nelson re-joined in team in Sunrise for practice. He played five games during his rehab assignment in Rochester. He said, “I felt good, I think each one was a little different, but the last two against Syracuse were pretty up-pace,”

I wondered what Nelson meant by different and he was talking about the toughness of the AHL, “In different circumstances it’s a tougher game down there, everyone is running around pretty wild, but that’s what creates time up here I think.”

Nelson said he really didn’t think his injury would last two months, but he’s just happy to be able to play now.