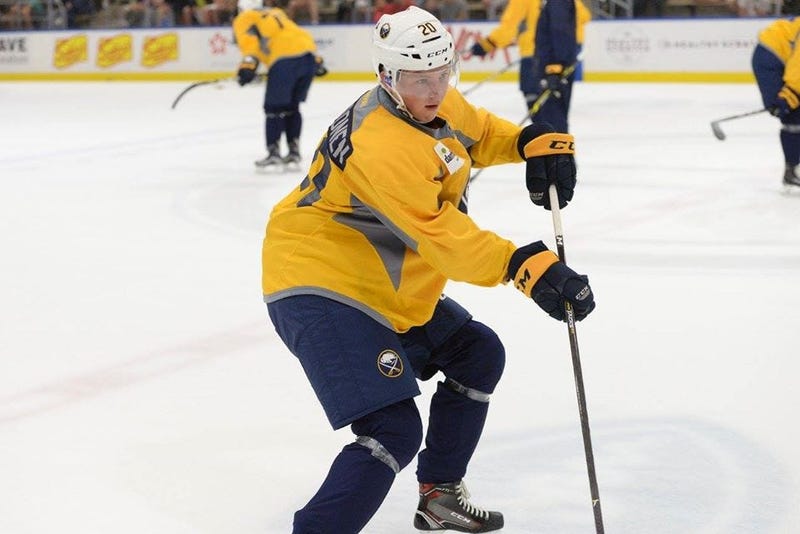 The Buffalo Sabres announced on Monday that the team has signed defenseman Oskari Laaksonen to a three-year entry-level contract.

Laaksonen was the Sabres' third round draft pick (89th overall) in the 2017 NHL Draft out of Finland playing with the Ilves program.

The 6-foot-2, 165-pound defenseman was a bit of an unknown coming out of the draft, not even showing up on most draft rankings ahead of the 2017 event in Chicago. When he was drafted, Laaksonen was listed at 5-foot-9 and 130 pounds according to eliteprospects.com, but that was eventually corrected to him being 6-foot-1 and 165-pounds.

The 20-year-old has spent the past three seasons playing professionally for Ilves in the Finnish Liiga, appearing in 113 games while scoring five goals and registering 35 assists for 40 points. His best season came in the 2018-19 season, where he scored three goals and put up 21 assists for 24 points in 46 games. This past season, Laaksonen dealt with some injuries throughout the year, and ended up taking a bit of a step back in his development with just two goals and 10 assists for 12 points in 46 games.

In the three years since he was drafted, Laaksonen has shown his capabilities of becoming a very decent offensive defenseman with his smooth skating, instincts and puck control in both ends of the ice. Where he will need to groom his game when he makes the jump to North America is with his defensive game. He will need to get bigger and stronger in his own end, and will have to get adjusted to playing at a faster pace on a smaller ice surface than in Finland.

Laaksonen also got the chance to play at the international level with Finland at the 2019 IIHF World Junior Championship in Vancouver, British Columbia, where he scored a goal and was a plus-five in seven games as a top-four defenseman on that roster. He also played some key minutes for the Finns on the power play as a quarterback from the back end, and ended up winning the gold medal as they beat the United States. Also a part of that gold medal team included fellow blue liner Henri Jokiharju, as well as goaltender Ukko-Pekka Luukkonen.

He was also a teammate of Sabres prospect Arttu Ruotsalainen while with Ilves in the Liiga, and both players are expected to compete for a roster spot this season with the Rochester Americans in the American Hockey League.

“The work Oskari has put in to improve his game has paid off during his last two seasons," said general manager Jason Botterill in a team statement. "His success on the international stage and what he’s done as a 19- and 20-year-old playing in a professional league is impressive.”