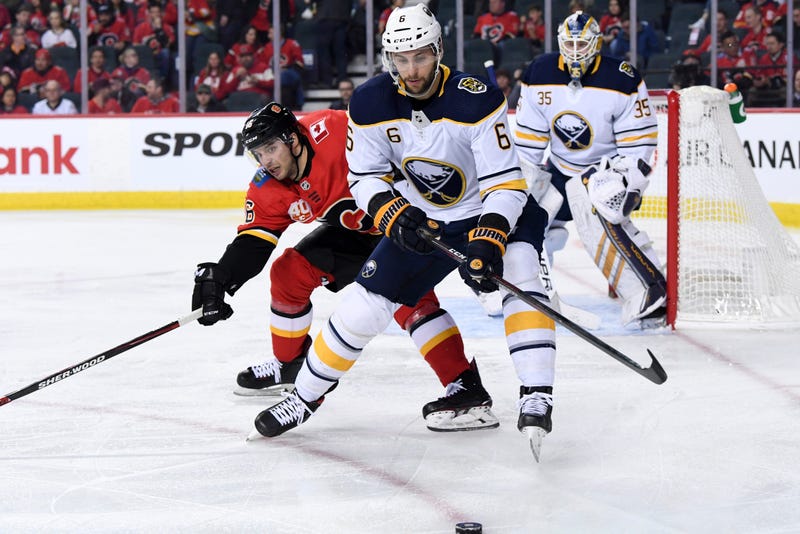 Ahead of Thursday night’s game against the Edmonton Oilers at KeyBank Center, the Buffalo Sabres were busy making a pair of trades.

First, Buffalo dealt defenseman Marco Scandella to the Montreal Canadiens in exchenge for a fourth round pick in the 2020 NHL Draft that was originally owned by the San Jose Sharks.

The Buffalo Sabres have acquired a fourth-round pick in the 2020 NHL Draft (originally owned by the San Jose Sharks) from the Montreal Canadiens in exchange for defenseman Marco Scandella. pic.twitter.com/UQHxDEQjww

Soon after, the team used the pick they acquired from Montreal to acquire forward Michael Frolik from the Calgary Flames.

The Buffalo Sabres have acquired forward Michael Frolik from the Calgary Flames in exchange for a fourth-round pick in the 2020 NHL Draft (originally owned by the San Jose Sharks). pic.twitter.com/qzIHVJ33UF

I would think Scandella is very happy since Montreal is his home. Before being traded to Buffalo, Scandella played 373 games with the Minnesota Wild.

In 176 games with the Sabres, Scandella had 14 goals and 30 assists for 44 points. The 29-year-old came to Buffalo in a trade with the Wild on June 30, 2017, along with Jason Pominville and a fourth round pick for Marcus Foligno, Tyler Ennis and a third round pick.

As for Frolik, the 31-year-old comes to Buffalo after spending parts of the last five seasons in Calgary. In 319 games with the Flames, Frolik has racked up 63 goals and 82 assists for 145 points.

This season has been more of a down year for Frolik with just five goals and five assists for 10 points in 38 games.

According to TSN hockey insider Darren Dreger, the Sabres may be done making trades on Thursday, but more moves could be coming in the near future.

Sounds like Buffalo is still on the hunt and willing to move other pieces. Could be it for today, but expect more to come.