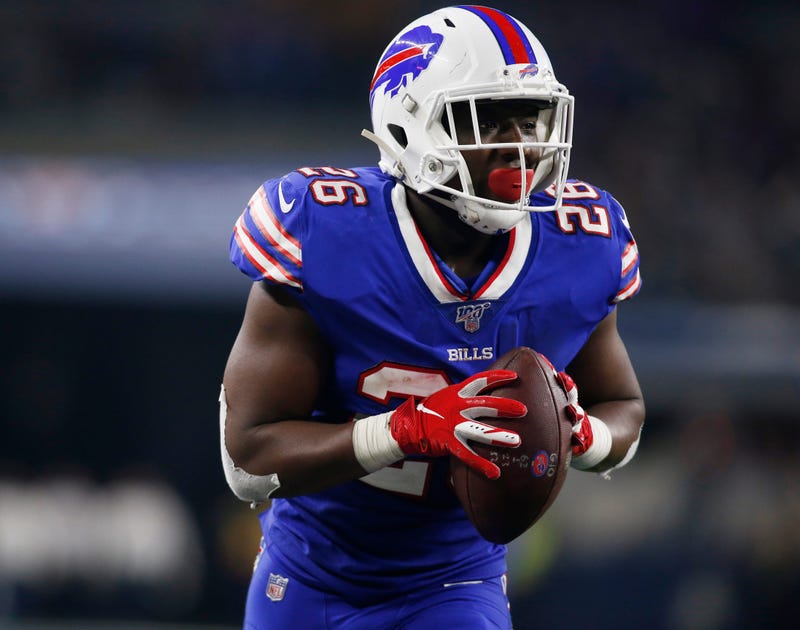 In my first of a series of fantasy football pieces, I'm taking a look at the highest-drafted Buffalo Bills player for 2020.

Bills running back Devin Singletary, on the surface, feels like a sexy pick that has breakout potential. He's received lots of attention from national fantasy analysts, and it's easy to see why.

Singletary is a second-year player, that was very good in his first season. He's the starting running back on a team that likes to run the football and play strong defense. All of that leads to his ADP (average draft position) being at the end of the fourth round. If you're drafting Singletary with your fourth or fifth pick as your RB2, you may get a solid return, but that return is capped.

The first question to ask is, how good is Singletary? The answer is pretty darn good. Singletary came into the NFL as one of the most elusive backs in the 2019 draft. That elusiveness translated to the NFL.

One thing Singletary didn't do in college was catch the football. In his rookie season, the volume of targets and receptions went way up, but the production itself wasn't efficient. Pro Football Focus graded Singletary as one of the worst pass catching backs in the league last season.

Putting together some breakout RB profiles and Devin Singletary might have the worst ever combination of college and NFL receiving efficiency pic.twitter.com/epouTNZ6OZ

Add to that the fact that Josh Allen just does not check the ball down. In fantasy, if you're not going to get touchdowns, you need to get receptions. Last season, Allen checked the ball down on just 2.3% of his attempts, which was the lowest rate in the NFL. Allen said himself this month that he'll never become "captain checkdown".

With Allen at the helm, Singletary will never get the targets that Christian McCaffrey, Saquon Barkley, and whoever plays running back for Philip Rivers' team will get.

Luckily for Singletary, efficiency isn't scored in fantasy football. Volume is. Last year in the back half of the season, the volume was there.

The second question to ask is, did that volume translate to fantasy success? In the first half of the season, due to injury and the Bills easing Singletary into the season, he saw just 20 total carries. I'm throwing that out the window.

Last year from Weeks 8 through 16, Singletary received 68.9% of the Bills' running back touches. He was RB18 in fantasy football in that span.

With a current ADP at RB23, finishing at RB18 would be a return on value. However, I think RB18 is his ceiling, and you don't win fantasy championships with the RB18 in the fourth round. I need more upside.

The situation was as good as it will ever get for Singletary. He basically had the backfield to himself. RB18 was the result? No thanks.

Why I believe Singletary's upside is limited comes down to Zack Moss and Allen.

Starting with Allen, the Bills' goal line back. Last season, Allen had nine rushing touchdowns. Meanwhile, Singletary had just two carries from inside the five-yard line. They were back-to-back in a game versus Washington where the game had, pretty much, already been won.

Singletary's ceiling is, in part, limited because he just cannot put up the touchdown numbers necessary for an RB1 type of season. If you don't get the ball near the goal-line, you need big play touchdowns, and Singletary doesn't have homerun speed. I'd bet on Singletary finishing third on the Bills in rushing touchdowns.

Now to Moss. Coming out of college, Moss is the superior prospect. He's bigger by roughly two inches and 20 pounds.

Moss, in a private workout, was clocked at a 4.52 40-time. The fastest 40-time I could find for Singletary was his combine at 4.66. Straight ahead speed, advantage Moss.

In college, Moss was used as a receiver about the same amount that Singletary was. Many draft pundits, including NFL Films' Greg Cosell, believes Moss has more to offer in that department. Cosell said this about Moss on WGR after the draft pick:

"He was very effective in the screen game. He also ran some angle routes out of the backfield. He has the receiving skillset to be more of a factor to the pass game as he transitions to the NFL."

Even elusiveness, which Singletary kills it in, is a strong suit of Moss. Pro Football Focus graded Moss as the most elusive running back in the 2020 draft class.

Zack Moss is as elusive as they come at the RB position pic.twitter.com/4efSDrqRvM

Moss, meanwhile, is being drafted as RB47 in fantasy drafts. You can get him more than five rounds later than Singletary. Not only is there a great chance that the backfield split is near 50-50, I think there's a chance Moss comes out on top in the second half of the season.

So, to recap, Moss is faster and bigger than Singletary, there's reason to believe he's as good of a receiver, and he's the most elusive back from this past draft. Also, if Allen isn't getting carries around the goal line, get ready for Moss.

At this point, I'd predict Singletary for slightly more fantasy points than Moss, but Singletary is likely not winning you a championship being RB18 when you're picking him at RB23. If Moss could get near RB18 from drafting him at RB47, those are the types of picks that put you over the top.