Foxborough, Mass. (WGR 550) - For the first time this season, the Buffalo Bills faced their long time AFC East rivals, the New England Patriots, on Thursday night, as the team traveled to Gillette Stadium for a showdown in prime-time.

The Bills emerged victorious by a 24-10 score to improve to 9-3 on the season, and earning them their first divisional victory. The win put them, for now, in first place in the AFC East and second in the conference.

Bills quarterback Josh Allen had himself a good day through the air, completing 22-of-33 passes for 223 yards and two touchdowns, while also adding 20 yards on eight carries in the ground game. 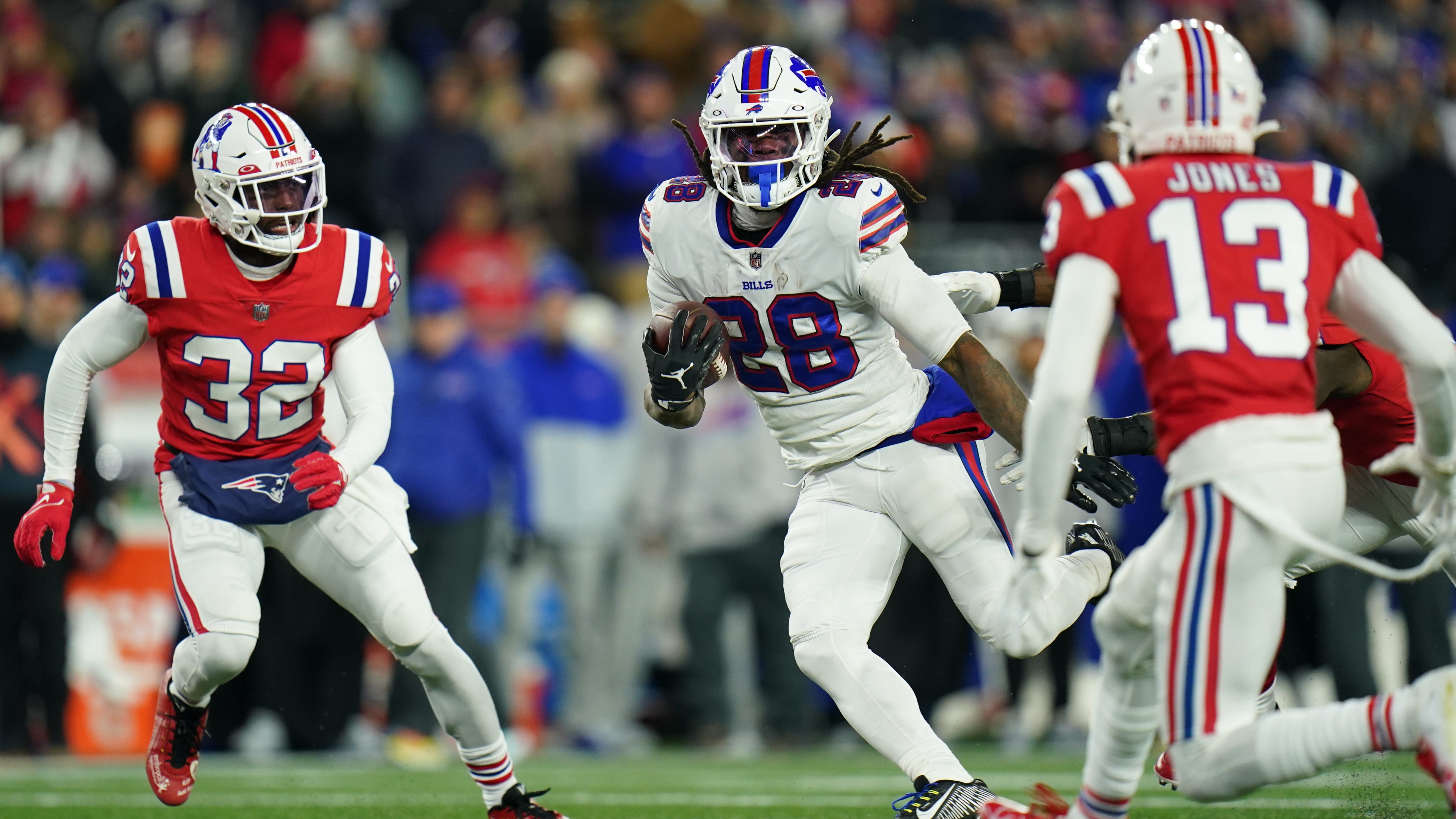 Including Thursday's game, the Bills played three games in just 12 days, with one of them being extremely unpredictable due to a snow storm. Allen spoke fondly of his team's mental toughness throughout this past stretch of games, along with the bond the team shares on and off the field.

"We could've used every excuse in the book, but our guys, we work extremely hard, we care about each other, we care about each other's families," Allen said on Thursday following Buffalo's win with the media. "When you have that type of love in the locker room, you're going find ways to win football games. It wasn't easy, I'll say that, but I will say having this little mini bye with five games left, I think that's extremely beneficial for getting guys healthy, and maybe a little mental reset for our guys. We know these games that're coming up, they matter."

Allen also was happy with the way the team played as a whole in Thursday night's game. He had high praise for the team's play on both sides of the football.

"I thought we played really well tonight," Allen said. "Obviously only 24 points, but our defense played fantastic ball where we didn't feel like we have to press and make any mistakes. Obviously there's a few plays that we'd like to have back, but again, these are good wins, in division, away. It's hard to win in this league, so we'll learn from this one and move on."

Hear more of Allen's postgame comments with the media available in the player below: