Of all the games Bill Belichick has coached in, he has never seen anything quite like what happened against the Buffalo Bills on Sunday.

The Bills did not punt a single time in their 33-21 victory over the New England Patriots, marking the first time in the 474 career games Belichick has coached that a team did not punt against him, per ESPN’s Mike Reiss.

The Bills had eight total series throughout the game and scored on six of them. The only time they did not score was on a turnover on downs in the second quarter and when they ran out the clock before halftime.

Buffalo also converted 3-of-4 fourth down attempts and 6-of-12 third down attempts; it controlled the pace of the game, too, winning the time of possession battle with 35:09 to New England’s 24:51.

It was a stark contrast to when the last time these two teams met and the Patriots threw the ball just three times and many pundits pointed to how Belichick out-coached Sean McDermott.

McDermott certainly prepared an impressive game plan and now has the Bills in the driver’s seat for the AFC East. 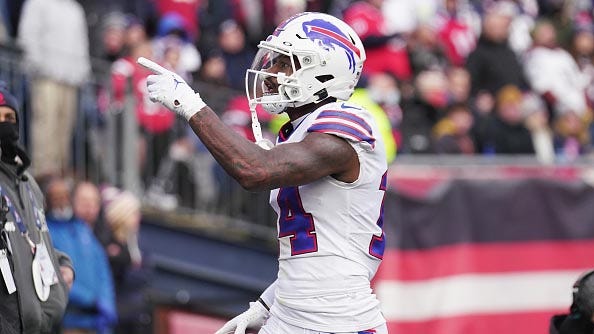 Stefon Diggs had colorful message to Patriots fans after touchdown