That is how one exuberant Buffalo Bills fans described how he felt as he stood with his face pressed to the fence at the cargo terminal of the Buffalo Niagara International Airport as he awaited the team to return to town.

Hundreds of fans began to gather at around 6:30 p.m. EST on Sunday after the Bills defeated the New England Patriots, 33-21, and took control of the remainder of their season and the lead in the AFC East.

The #BillsMafia provided an energetic and warm Christmas welcome for the #Bills as they arrived as the leaders in the AFC East pic.twitter.com/hDIQQoJlRm

"Bills Mafia" was decked out in full Bills regalia and waving flags and banners, and leading chants through bullhorns as they awaited the familiar giant Delta airliner that would slowly roll up to the fence and witness a raucous Bills welcome.

"I've been praying for 41 years and I hope it's happening this year," said David as he stood with four signs, wearing a Bills horns hat, jersey and Zubaz.

As the team plane rolled into position, fans screamed and cheered before rushing to the fence alongside the terminal to catch a glimpse of their favorite players. 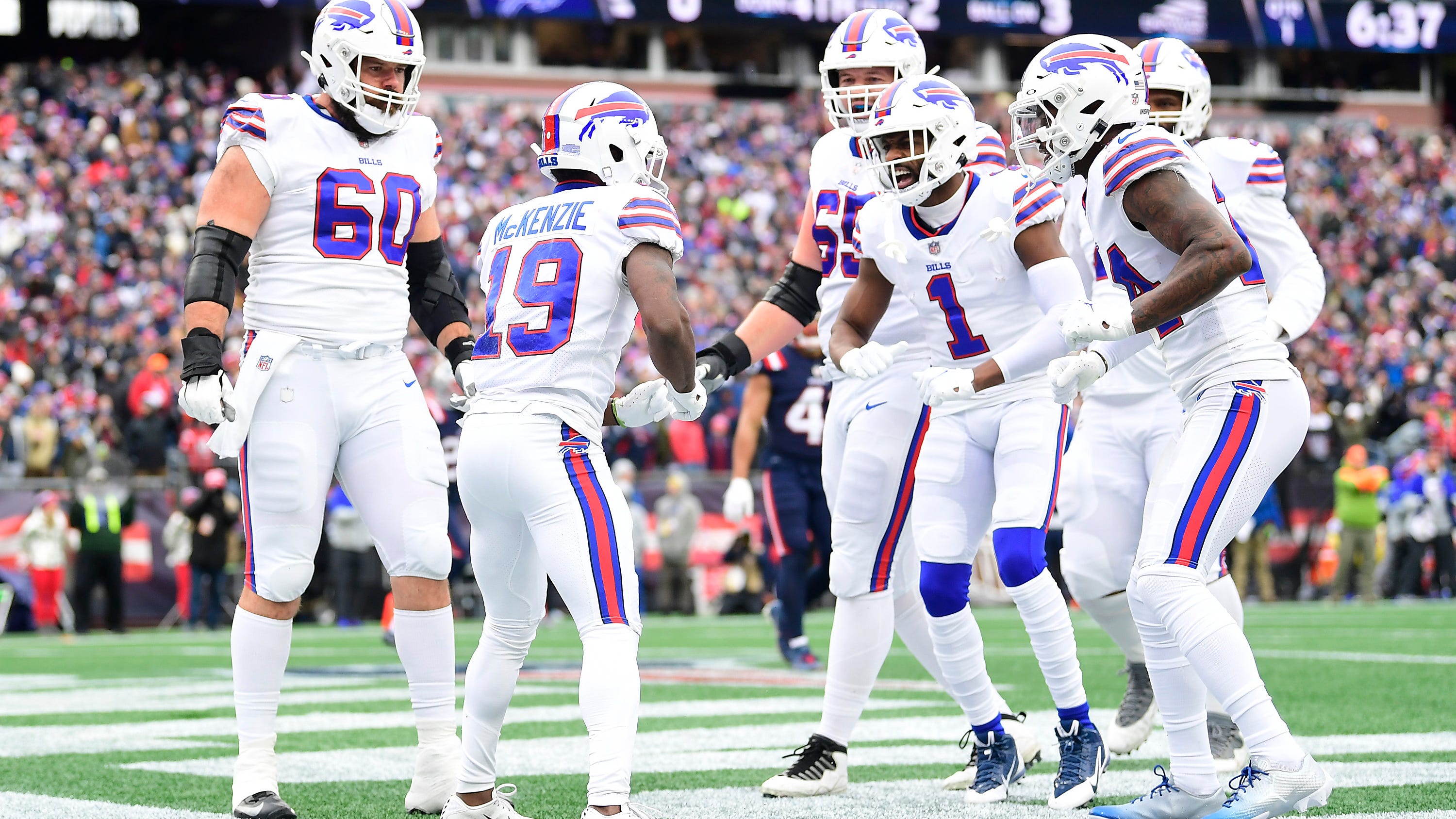 Cheektowaga and NFTA Police were on the scene to help usher the Bills players to their cars and safely past cheering fans to Cayuga Road.

"See you Sunday, Josh," screamed a Bills fan, as the quarterback made his way past the mob of fans.

"Bills Mafia's" airport welcome home has become a signature Buffalo event following key games for the team over the years.