Orchard Park, N.Y. (WBEN/WGR 550) - Although the health status of Buffalo Bills quarterback Josh Allen didn't look entirely promising for this Sunday's matchup with the Minnesota Vikings at Highmark Stadium, the team is not ready to rule him out just yet.

After being a non-participant during Wednesday and Thursday's practices, Allen was able to find his way back onto the field for Friday's session with his teammates. In the Bills' last injury report of the week, the team listed Allen as a limited participant, and has officially been deemed "questionable" to play this Sunday.

In the five minutes allotted to the media to watch practice on Friday, Allen did not originally take to the field with his teammates. However, he was spotted at the end of practice with, what appeared to be, some wrap around his right elbow.

Ahead of Friday's practice, Bills head coach Sean McDermott provided an update with his starting quarterback during his weekly appearance with the "Extra Point Show" on WGR.

"We are taking it, as I mentioned at the beginning of the week, one day at a time. Today, we're literally going to have to take it one hour at a time," said McDermott on Friday with Sal Capaccio. "We're going to see how things go through the course of today, and then go from there."

Allen was injured this past Friday during a 20-17 loss to the New York Jets at MetLife Stadium, as his arm was hit while attempting a pass on the Bills' final drive of the game. The force of the hit caused Allen's right arm to be awkwardly pulled back.

Earlier this week during an appearance on our sister station WBEN News Radio 930, Dr. Jason Matuszak - Chief of Sports Medicine at Excelsior Orthopedics - told Brian Mazurowski and Susan Rose that, typically, a player would not further injure a UCL problem through “overuse.” He believes the risk for further injury isn’t heightened by playing, but more a matter of healing what’s already hurt. 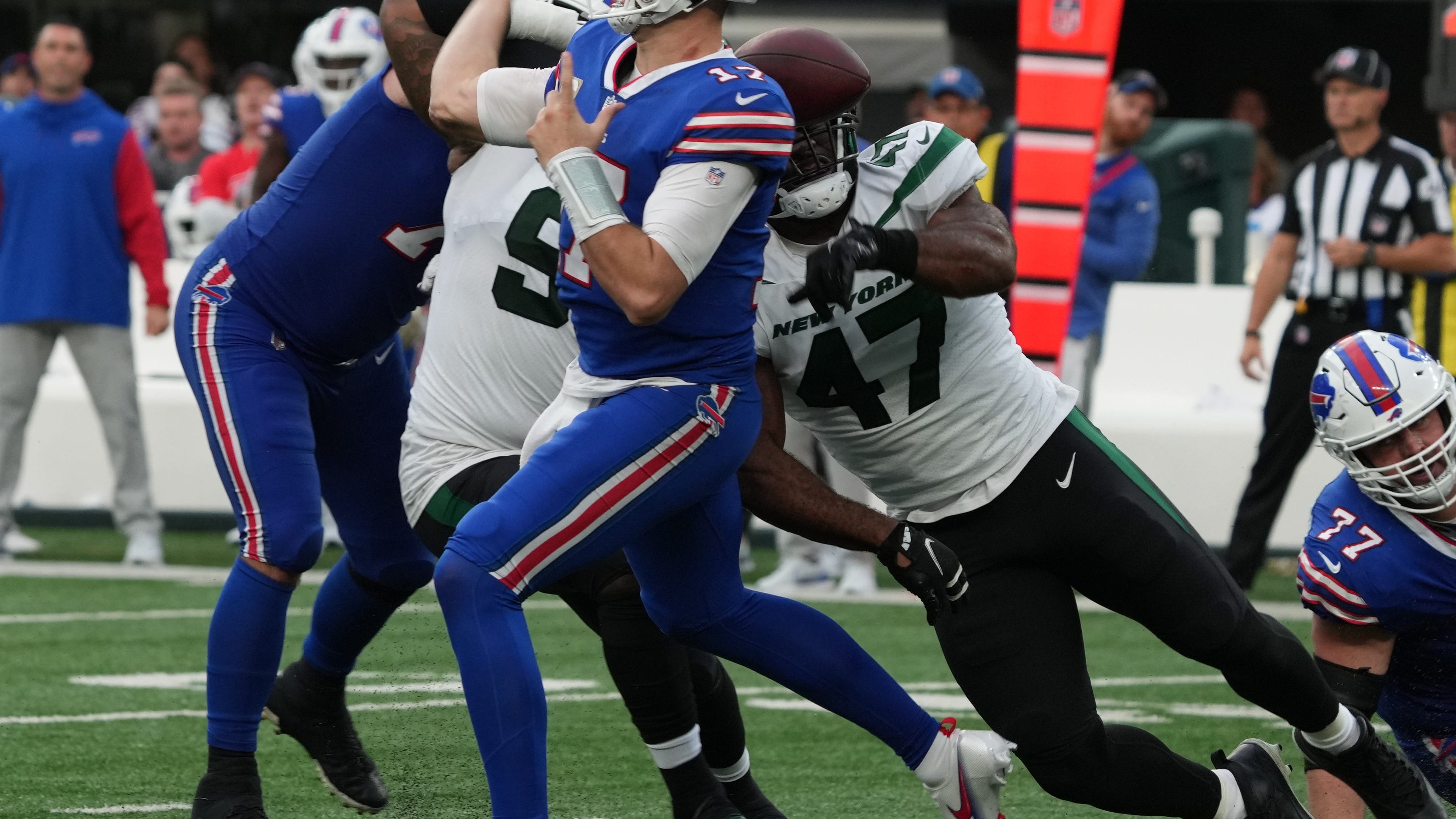 If Allen ends up not being able to play this Sunday or miss any extended time under center, the reins to the offense will then be turned over the veteran backup quarterback Case Keenum. The 34-year-old journeyman was acquired this offseason from the Cleveland Browns, and has been practicing all this week with the first-team offense with Allen out of action.

As he did earlier in the week, McDermott expressed confidence in his veteran backup, who would be in line to make Sunday's start against a Vikings team he helped carry to an appearance in the NFC Championship Game during the 2017 season.

"He's kind of a below-the-radar guy," McDermott said. "He's very humble from a personality standpoint, but he also has a great way about him, in terms of he's got the 'it' factor. He has a great way of influencing the locker room, he's very positive, he has a good feel for the game instinctively. I mean, he's won games. So he's got that 'it' factor that you look for and his teammates play for."

Not only does Keenum add some needed experience to the quarterbacks room in Buffalo, but the Bills shored up that area of the team with the addition of Joe Brady as the team's quarterbacks coach, as well as the reunion with veteran backup Matt Barkley. Barkley has served as the Bills' practice squad quarterback this season, and if Keenum is forced to start with Allen out of action, he would get elevated to the active roster for Week 10.

"Having experience in that room, guys that have been around us a little bit and 'Bark' in his situation - in this situation, in particular, it's, 'Hey, make sure you're ready, and we'll see where it goes,'" said McDermott of his quarterbacks room. "I think that, in and of itself, takes the right type of person to handle that situation the right way." 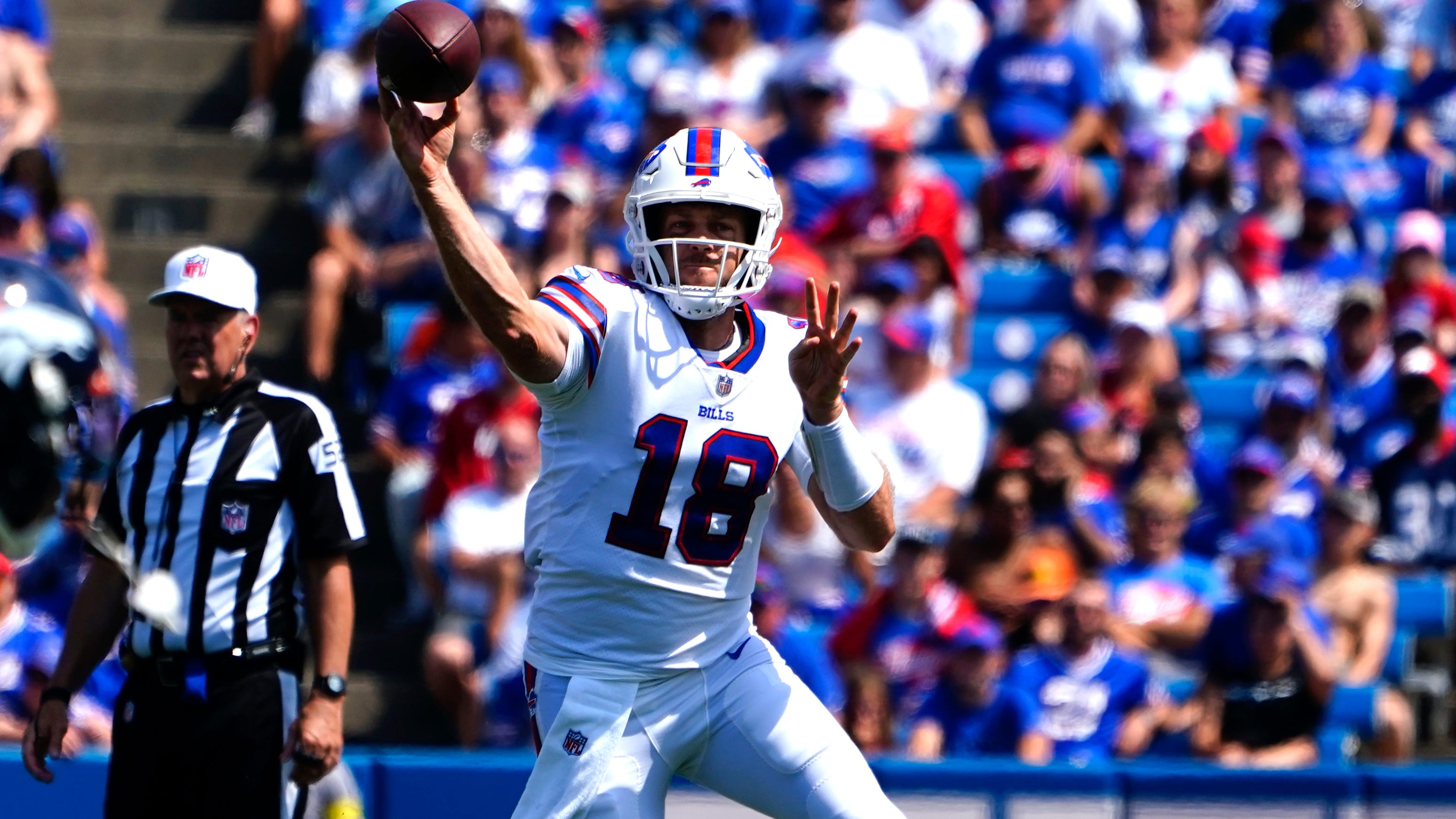 McDermott: Case Keenum has that 'it' factor

Allen got off to a hot start to his 2022 season with the Bills, completing nearly 67% of his passes for 1,980 yards and 17 touchdowns to just four interceptions. Those numbers had Allen near, if not at the top of MVP conversations in the NFL through the first seven weeks of the year.

However, in his two games played coming out of the bye week, he's completed just 52.5% of his passes for 423 yards and two touchdowns to four interceptions.

Despite the recent slump in his game, Allen is still on pace to surpass the 5,000-yard passing mark over a 17-game span, and account for nearly 6,000 yards of total offense, which would shatter the NFL record set by Drew Brees back in 2011 with the New Orleans Saints.

As for the Vikings, they enter Sunday's contest with a 7-1 record atop the NFC North, and winners of six-straight games.

We will continue to take it one day at a time with QB Josh Allen.#MINvsBUF injury report: https://t.co/zo2G9UKwpm pic.twitter.com/5xCxw9H76o

As for the rest of the group dealing with injuries this week at practice, McDermott said a few of them would have a similar approach to Friday's session as Allen.

"With Tremaine [Edmunds], with Tre'Davious [White] and Kaiir [Elam], it'll be the same flow for us through the course of the day with those players, in addition to Josh," McDermott said.

As for linebacker Matt Milano, McDermott says he appears to be in a good spot where he will play this Sunday after missing this past Sunday's game due to an oblique injury.

Hear more of McDermott's conversation during the "Extra Point Show" available in the player below: 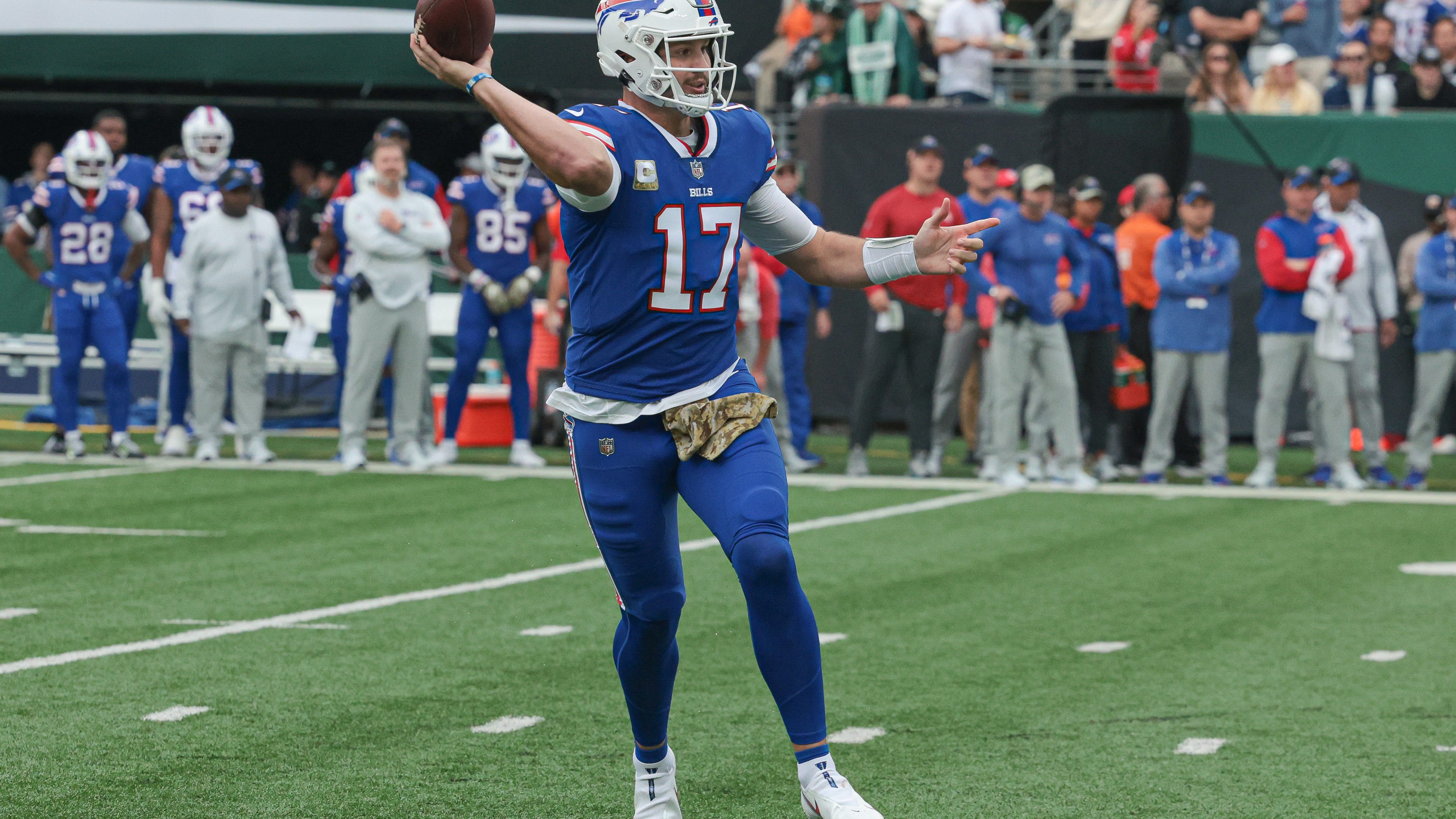