Buffalo, N.Y. (WGR 550) - It’s becoming harder and harder for me to find the words to describe what Josh Allen is doing on the football field while leading the transformation of the Buffalo Bills into the best team in the National Football League.

The throws, the running, the hurdling, the posing with fans for selfies after a road win in Kansas City. Most of it leaves me gushing like a little kid would over a new bike, or to be a little bit more contemporary, the iPhone 14 Pro.

What trips me up is that I’m obviously not a little kid. I’m a 57-year-old man who only recently traded up to a new iPhone 13 because I smashed my iPhone 8 falling off my bike. New things are great and I still like acquiring cool stuff, but it’s hard to really blow me away.

Allen really blows me away.

Just last week, we watched Allen throw a ball from his own end zone, without his feet set and getting hit just as he released it, in stride to Gabriel Davis near mid-field that ended up going for a 98-yard touchdown.

So on Sunday when the Bills are facing 3rd-and-13 from their own one-yard line with 1:18 to go in the first half down 7-3, tell me you weren’t thinking about them hitting a 99-yard touchdown.

Ok, the 99-yarder never came, but we did get a hugely important 18-yard completion to Davis on the play.

Punting from their one-yard line already down in the game had my anxiety pretty high, I admit. But a little more than a minute later, the Bills had taken the lead, 10-7.

In Allen’s rookie year, I’m almost sure the title at the top of my write up following the win at Minnesota was “Josh Allen hurdled a guy”. Let’s all agree now to never take Allen leaping over grown ass men for granted. It’s insanity, yet, it kind of keeps happening.

It happened again in Kansas City on the game-winning drive. 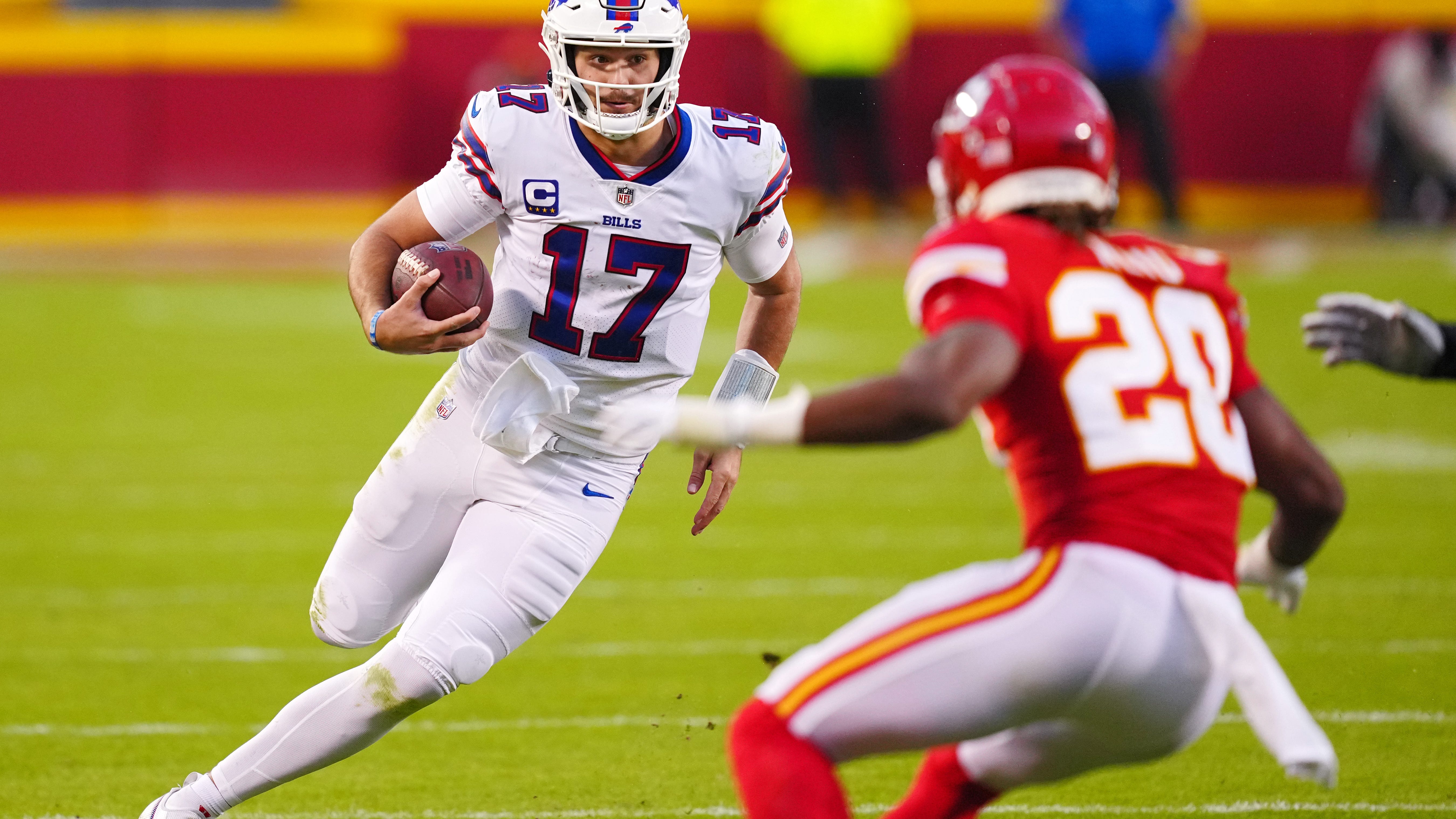 How great is Allen? Consider that if he hadn’t actually hurdled another guy, him faking a different Chiefs defender to the ground on that same run would be something we’d be talking about for hours. But we won’t, because after breaking one guy's ankles, Allen hurdled another guy.

I have to stop writing "hurdled".

The game-winning touchdown pass to tight end Dawson Knox is also fantastic. Calmly standing in the pocket with the game on the line, Allen with his left hand directs Knox to a spot and puts it there. Just out of reach of a leaping Chiefs defender at the one-yard line, and where another defensive back, who had tight coverage on Knox, couldn’t get to it.

In other words, precisely where it needed to be.

That’s really it. Precision and power, grace and strength, blunt force and ballet. The Bills quarterback has all of it.

A couple other quick thoughts from Sunday's win over the Chiefs:

- Von Miller did exactly what you were hoping he’d do in the fourth quarter of this game. It’s pretty great when a plan comes together. 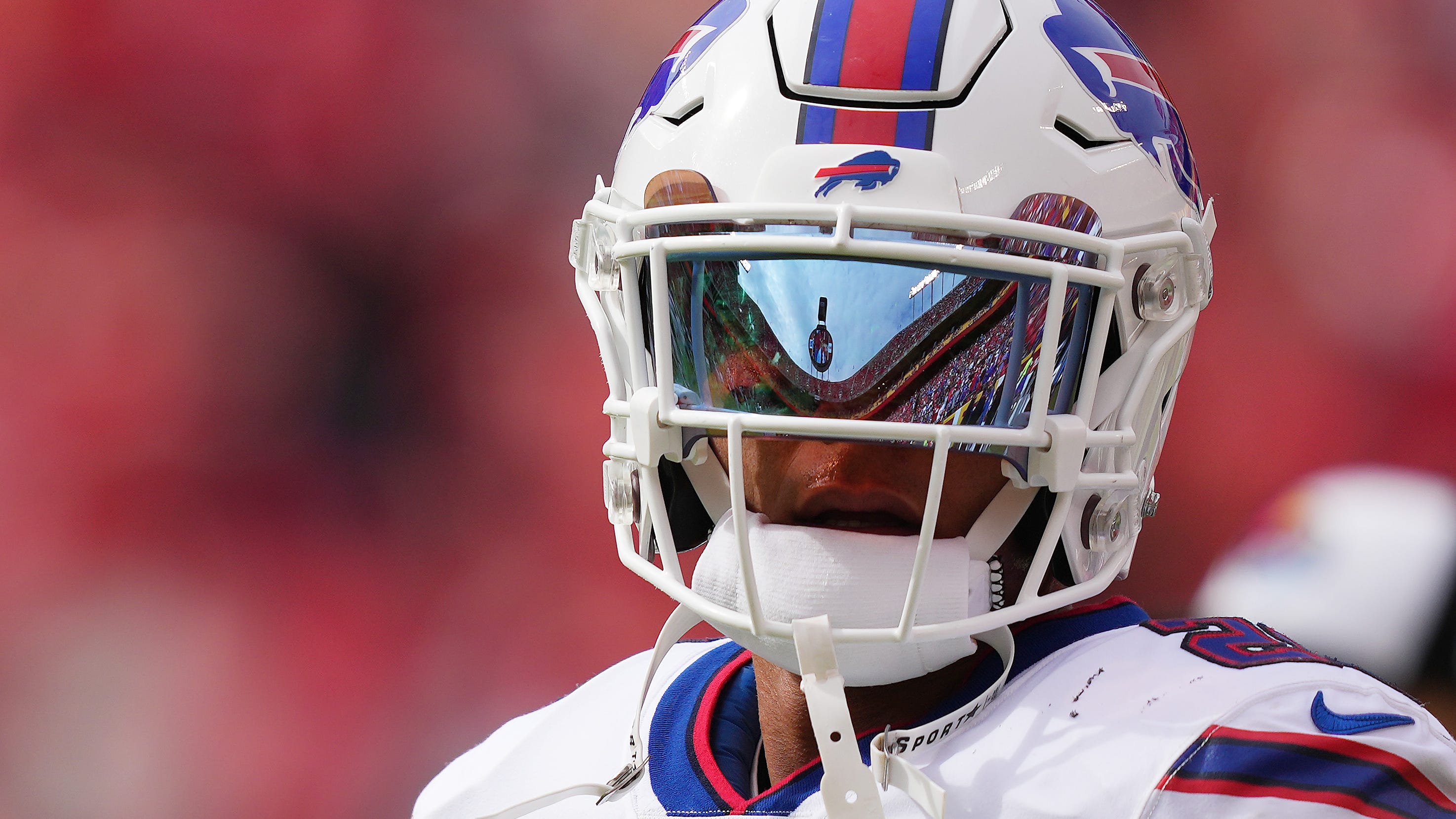 Photo credit Losi and Gangi
We strive to be a platform where varying opinions may be voiced and heard. The views, thoughts, and opinions expressed by the author(s) of this article and/or by those providing comments are theirs alone, and do not represent those of Audacy, Inc. We are not responsible for any damages or losses arising from this article and/or any comment(s).
Featured Image Photo Credit: Jason Hanna - Getty Images