Orchard Park, N.Y. (WGR 550) - We’re less than two months away from the start of training camp for the Buffalo Bills at St. John Fisher College in Pittsford, New York.

Here are the roles and expectations I see for each of the team’s eight recent draft picks this coming season: 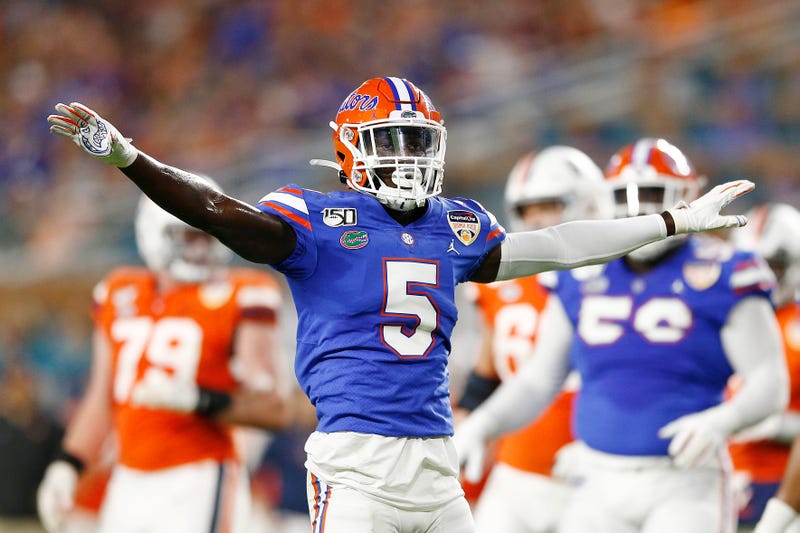 Regardless of Tre'Davious White’s situation to start the season, Elam is still likely to be starting at cornerback on opening night.

If White isn't fully healthy and not starting Week 1 against the Los Angeles Rams at SoFi Stadium, Elam will almost definitely be starting opposite Dane Jackson. However, even if White is back and healthy and playing, it then becomes a competition between Elam and Jackson in training camp.

I wouldn't count Jackson out by any means, but Elam has the special traits and ability the team loves that made him their first-round pick.

Whether it's Week 1 or shortly after, eventually, White will be playing and starting. Even if Elam does not completely meet expectations throughout camp, or Jackson simply outplays him throughout training camp and the preseason, it's hard not to see Elam on the field contributing in some capacity, and maybe more and more as the season goes on. In that situation, he would still be fighting for a starting role and, most likely, be playing plenty of special teams.

Bottom line is Elam is going to play, whether that's a lot to start or a lot more later. He’s going to be a major contributor right off the bat. 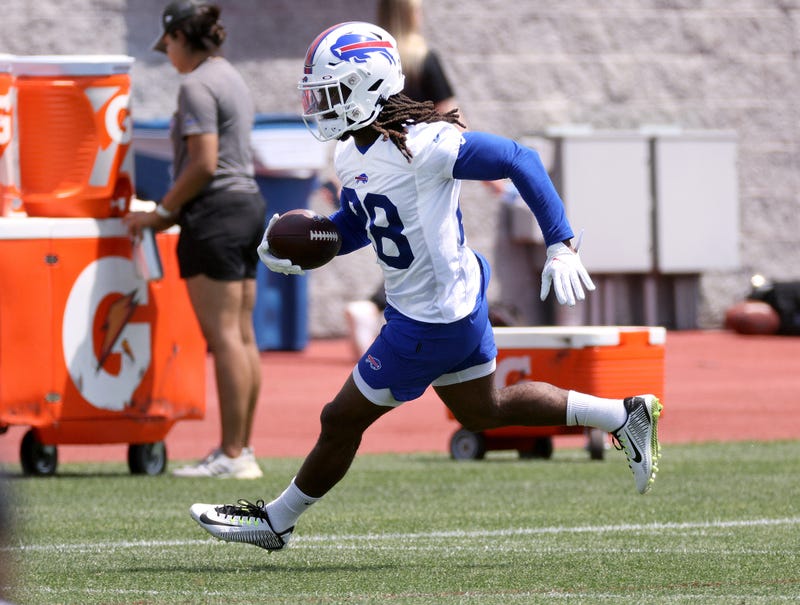 Cook walks into a great situation, as far as having an ability to see the field right away.

The Bills were obviously after a player with his skill set, evidenced when they had agreed to a deal with J.D. McKissic only to have the Commanders running back change his mind and go back to Washington.

So Cook should step right into a prominent role in the backfield, most likely as a pass-catcher, but with a handful of carries, as well, spelling Devin Singletary.

Zach Moss and Duke Johnson are going to do their best to keep their places on the roster, but even if either of them do, it’s hard to envision either getting more work than Cook, as he becomes the No. 2 back by carries and volume, but the top guy out of the backfield in passing situations. 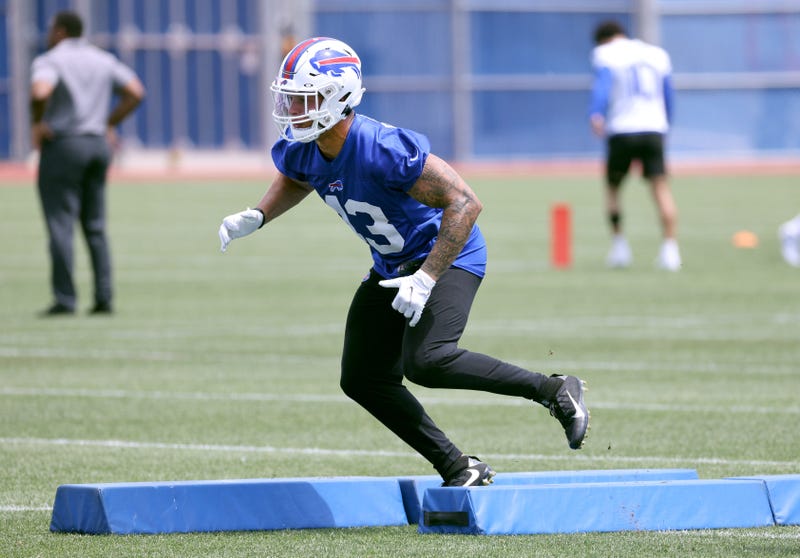 As a third round choice, Bernard is certainly going to make the roster. From there, he will compete for a jersey on game day, even if just for special teams play, because there are several other linebackers who all bring that same ability, including Tyrel Dodson, Andre Smith, Joe Giles-Harris, and Marquel Lee.

I can’t see a path for Bernard playing very much on defense his rookie year, unless there’s an injury to either Tremaine Edmunds or Matt Milano. The Bills rarely play three linebackers, and both of those players are entrenched in their starting roles, at least for 2022.

However, there is a chance that could change a bit given his skill set and ability to cover in man-to-man. Sean McDermott and Leslie Frazier may decide to use Bernard in certain situations, or against certain offensive personnel groupings as the third linebacker, which would be basically as a "big nickel." 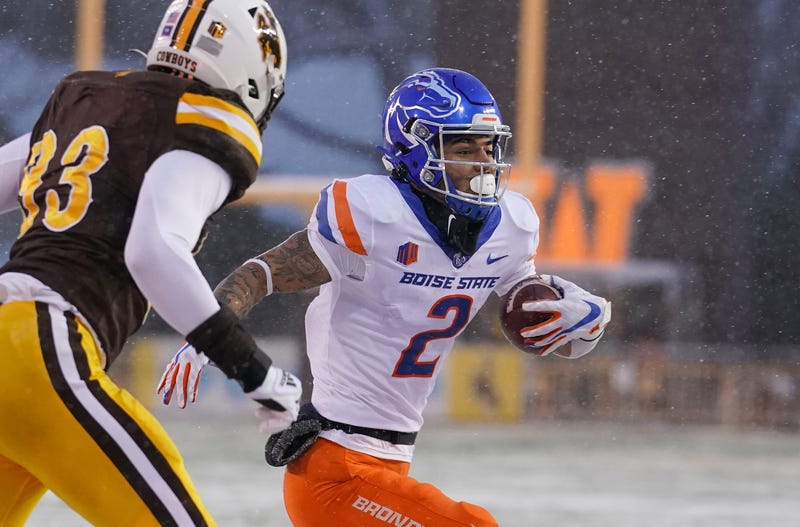 The further away we get from the draft and closer to training camp we get, the more I keep thinking Shakir is going to see the field in 2022.

The team is getting rave reviews for selecting him in the fifth round, and he brings an interesting type of game where he can be used in a variety of different ways. That seems to be what the Bills have been after this offseason.

He’s mainly considered a slot receiver, which means his competition for playing time is mostly Jamison Crowder and Isaiah McKenzie.

It’s not out of the realm of possibility that he can completely outplay one of them enough to force him off the roster, but considering his versatility, the most likely scenario is all three make the team and Shakir is used as a backup, but also in special game-planned spots based on opponent or situation. 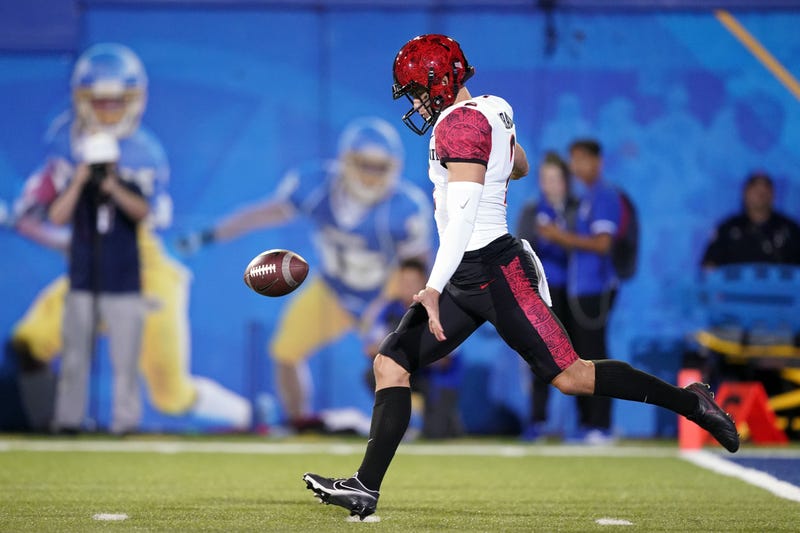 I know most of "Bills Mafia" is going to hate reading this and strongly disagree, but it is not a slam dunk Araiza makes the 53-man roster out of camp.

It’s still more likely than not, but even with Matt Haack’s struggles last year, the team is giving him every opportunity to keep his job. General manager Brandon Beane has consistently said they believe Haack simply had an off-year punting.

We all know how much the team values Haack’s ability and consistency as a holder. For Araiza to win the job, he’ll have to show he not only can do an excellent job holding, but do it consistently.

Araiza will also have to get more hang time on his punts than he did in college. While he boomed balls down the field, many were lower and not in the air as long as they need to be at the NFL level. Otherwise, they’ll be much more easily returned, and more often for big yardage.

All of this said, there’s a reason the Bills spent a draft pick on a punter, something teams don’t normally do. They need something better than what they got last year out of Haack.

He will have a chance to keep the job, but in the end, the upside of Araiza is probably too much for them to ignore and let go of, and he probably becomes the new punter and holder, with a lot of pressure to show they made the right call every time he steps on the field. 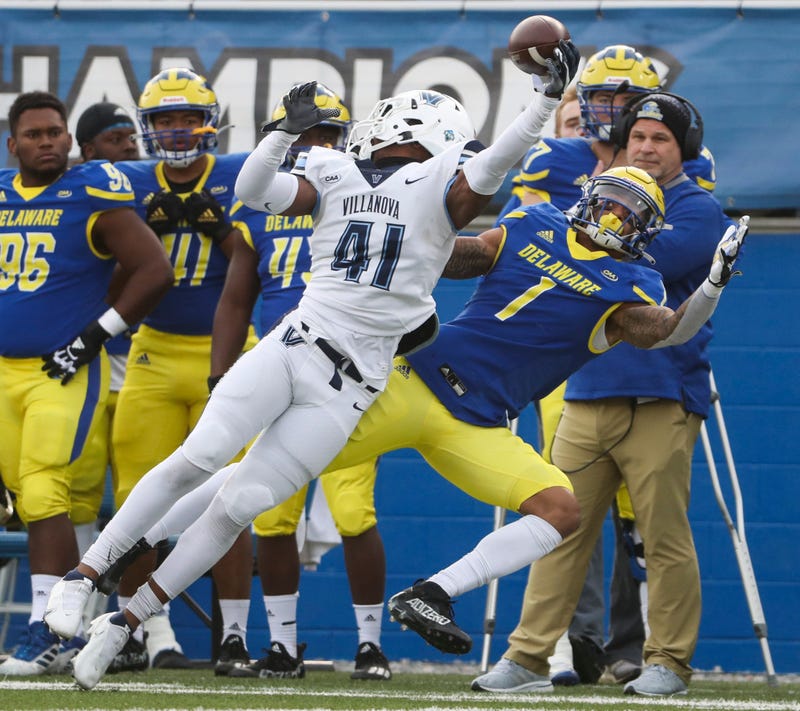 It’s tough for me to see a path to Benford making the 53-man roster out of camp, partly because of what’s already at the position and partly because he’s coming from an FCS school and will need some seasoning before he’s ready to play in the NFL.

Benford will, most likely, start off as an outside cornerback, but training camp will probably be used to figure out where he fits best, since he can also play safety and may even project better there eventually. He looks the part of a perfect practice squad player his rookie year while he gets his feet wet. The Bills can evaluate and work with him. 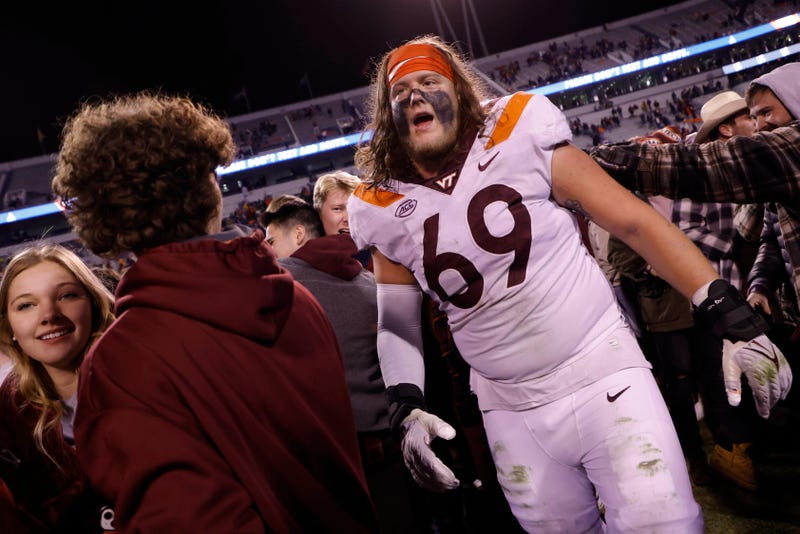 Tenuta may be a “break glass in case of emergency” type of player this season, meaning he most likely won’t make the final 53-man roster, but if there’s an injury or two, don’t discount him being elevated from the practice squad or even signed to the roster at some point.

The mammoth 6-foot-9, 322-pounder will start out buried behind Dion Dawkins, Spencer Brown, David Quessenbery, Tommy Doyle, and maybe even Bobby Hart and Jacob Capra. But as a draft pick, he’ll have every chance to make an impression and compete for a primary backup role. It’s tough seeing that come to fruition out of camp. 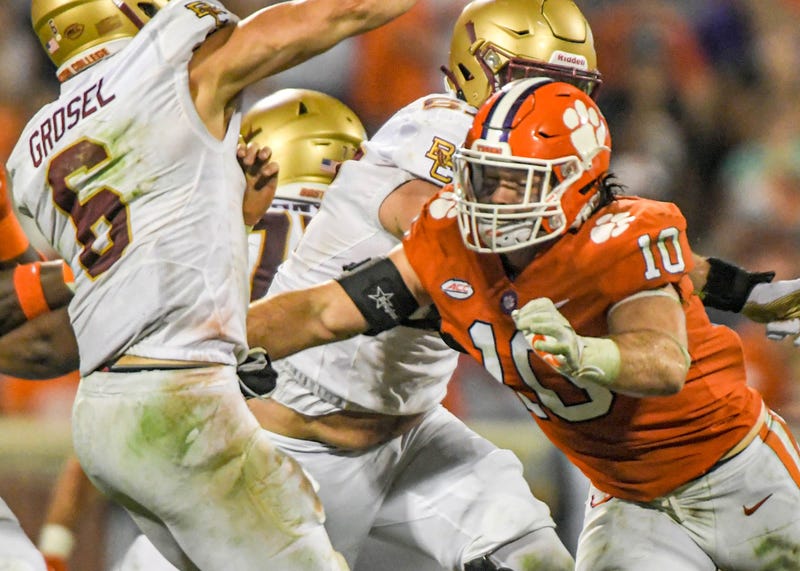 Spector enters a very crowded and deep linebacker group, especially when it comes to special teams play, which is the path he will most likely have to take to make this team. Three of the top eight special teams’ snaps in 2021 belonged to linebackers.

Smith, the third of that group, has been suspended for the first six games of the regular season, so that opens up a possible spot for another linebacker to make the squad.

But even with that, Spector would still have to beat out a combination of backups and core special teamers Tyler Matakevich, Dodson, Giles-Harris, Lee, and Bernard. It’s extremely tough to see that happening.

Spector is most likely destined for the practice squad for 2022. 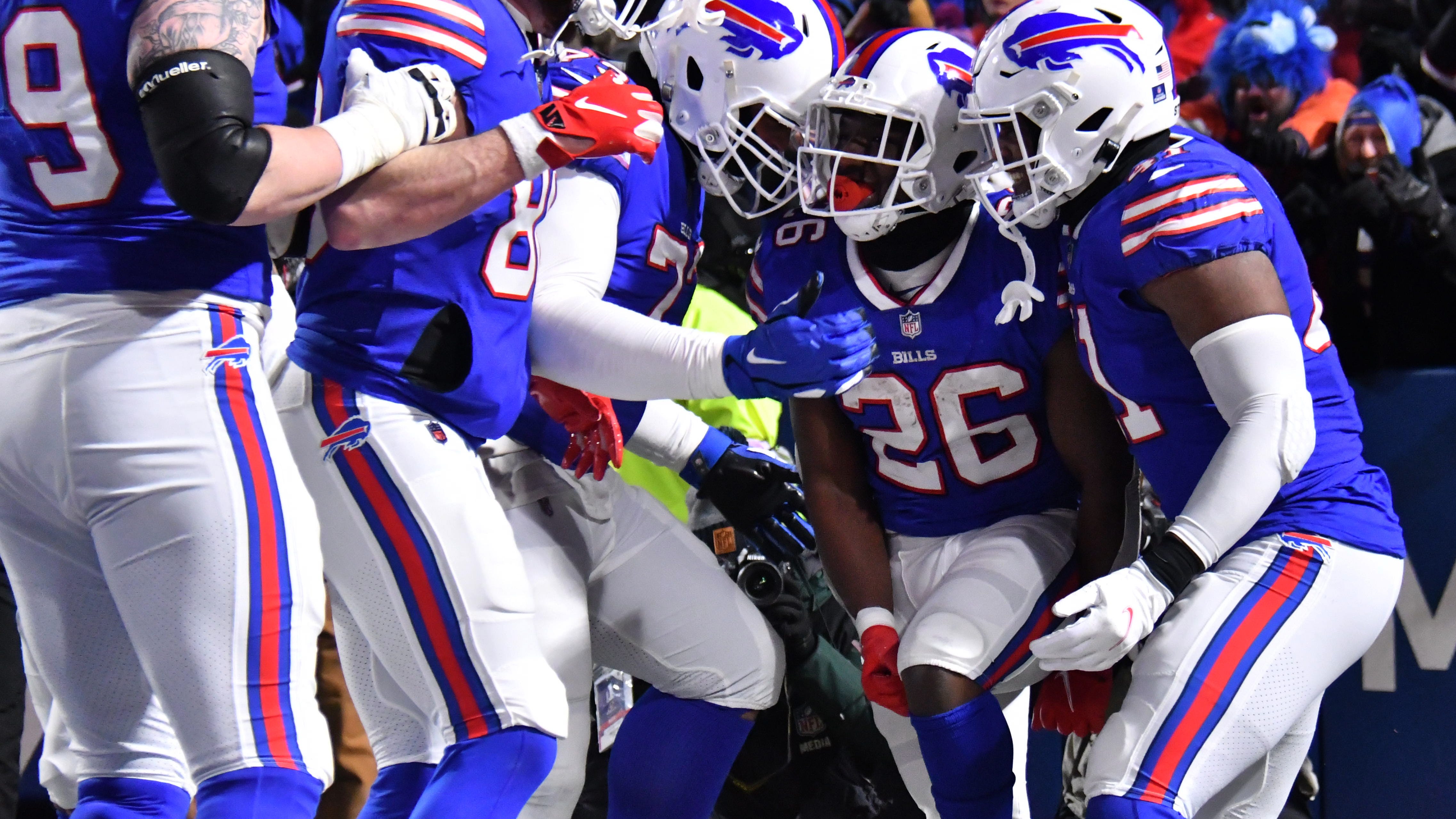