The 2021 NFL season is down to just eight teams heading into the Divisional Round playoffs.

And the bigger the stage, the more focus is seemingly shifted to the game's most important position: quarterback.

Only eight quarterbacks out of the league's approximate 32 starters still have a chance for immortality, still might be the lucky one who gets to say "I'm going to Disney World!"

So, we've power ranked them, because we all know that not all quarterbacks - even the final eight - are created equal. 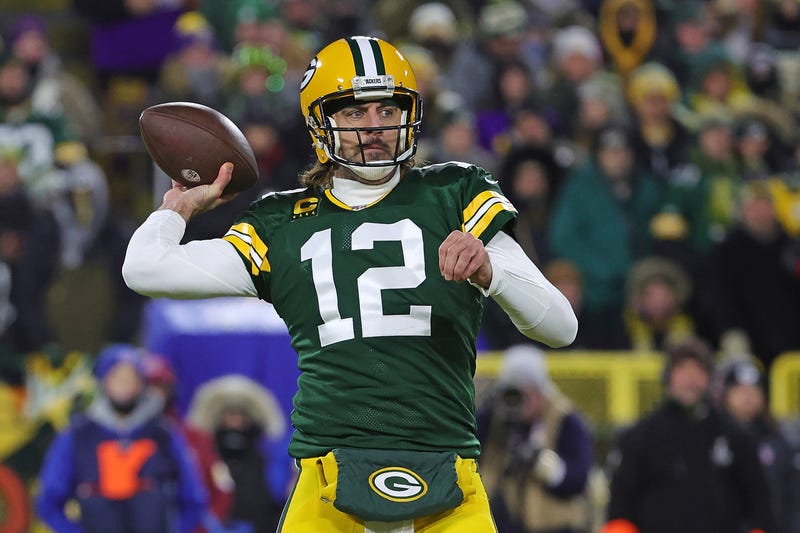 Rodgers' off-field antics over the past year or so probably didn't do any favors for his legacy, but his on-field brilliance remains undeniable.

The reigning NFL MVP predictably saw some regression to the mean after his historic late-career resurgence in 2020, but he still threw an impressive 37 touchdowns to a measly four interceptions, all while racking up over 4,000 yards and completing 69% of his passes.

The strong followup season and a dearth of viable alternatives left Rodgers as the odds-on favorite to repeat as MVP at season's end. Now, after earning the top seed in the NFC and a bye for Super Wild Card Weekend, he should be well-rested for a postseason rematch with the San Francisco 49ers, who bounced him in the NFC title game two years ago. This season, Green Bay beat the Niners in a Week 3 thriller in San Francisco. 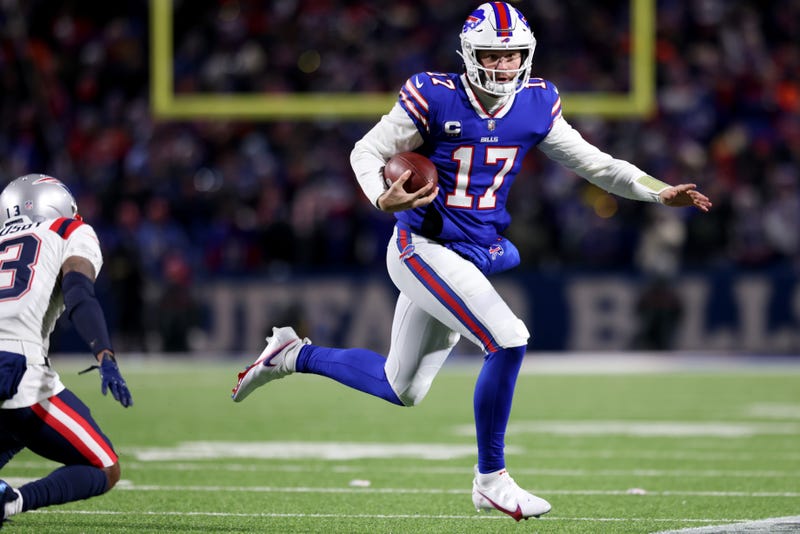 We'll cop to a degree of recency bias here, since Allen is coming off one of his most impressive performances in the NFL. In demolishing the New England Patriots' previously stingy defense, Allen and the Bills erased any doubt about their place among the best in the AFC.

While Allen isn't quite as prolific through the air as some of the others on this list, he's the only one who is a consistent threat with his legs - an X-factor that seemed to help the Bills jump out to an early lead that they never relinquished against the Patriots.

The Kansas City Chiefs, the Bills' opponent for the AFC Divisional Round, have recovered emphatically since an early-season defeat at the hands of Buffalo, but Allen seems unstoppable at the moment. We're not about to start betting against him. 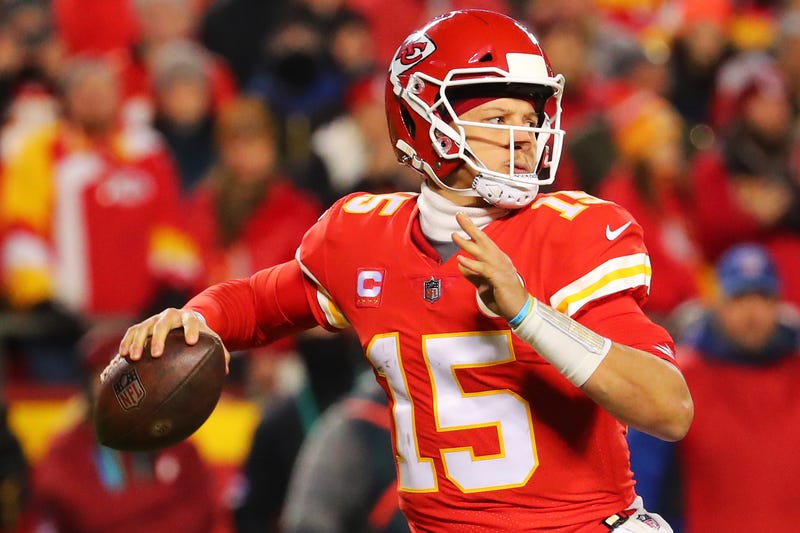 After stumbling to a 3-4 start, the Chiefs are 10-1 in their last 11 games, including a laugher over the Pittsburgh Steelers in the AFC Wild Card Round.

In that stretch, Mahomes has completed 279-of-420 attempts (66%) for 3,150 yards, 24 touchdowns and five interceptions. All of which is to say, Mahomes and the Chiefs are "back" from their brief Super Bowl hangover - or whatever ailed them early on.

Now, Kansas City and its signal-caller are quietly trying to reach a third-consecutive Super Bowl, a feat scarcely seen in the modern NFL outside of the Tom Brady-era Patriots. That just about says it all, in terms of Mahomes' brilliance and his value to his team. 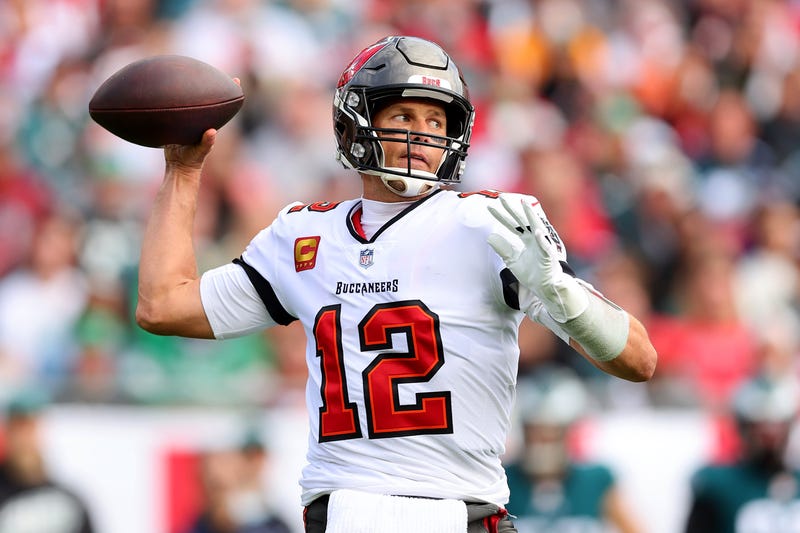 The ageless wonder continues to defy Father Time, making a strong case for a fourth career MVP award in 2021, while pacing the league in both yards and touchdowns. However, the Buccaneers had an eventful final month of the season, to put it mildly, with a season-ending injury to Chris Godwin and Antonio Brown's release combining to suddenly thin out what had once seemed like an impossibly deep receiving corps.

Brady looks to be just about as sharp as ever, but as he learned in his latter years in New England, he still needs playmakers around him. Mike Evans and Rob Gronkowski are no slouches, but injuries to starting offensive linemen Ryan Jensen and Tristan Wirfs could further complicate matters against a tough Los Angeles Rams defense in the NFC Divisional Round.

The Buccaneers are 4-0 - including two beatdowns of the lowly Carolina Panthers; a comeback win over the New York Jets; and blowing out the overmatched Philadelphia Eagles - after beating the Bills in overtime in Week 14 and then being shut out by the New Orleans Saints in Week 15. Los Angeles and its fierce pass rush will be Brady's first test in a while. 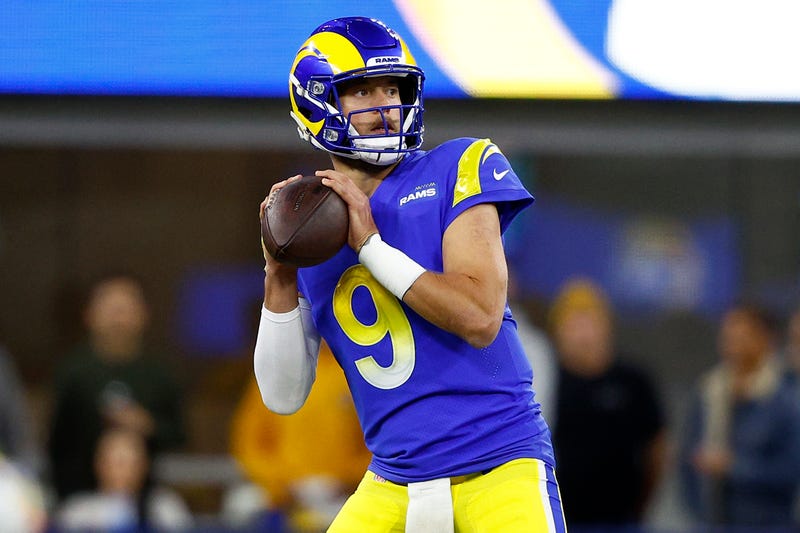 Stafford has, arguably, the most to gain - and perhaps to lose - in these playoffs. After three one-and-done playoff appearances in his 12 years with the Detroit Lions, Stafford got a fresh start with these Rams, who were still seeking a franchise-caliber quarterback after their offense turned in a three-point dud against the Patriots in Super Bowl LIII.

Stafford had the Rams' high-octane offense humming for most of the season, throwing for nearly 4,900 yards and 41 touchdowns, but his decision-making remained suspect at times, leading to a league-high 17 interceptions. With weapons around him and a strong unit on the defensive side of the ball, Stafford has the best opportunity of his career to finally stake his claim among the best quarterbacks in the league, but he'll have to prove he can do it on the big stage when it matters most.

Stafford was impressive and efficient in the Rams' win over the Arizona Cardinals in the NFC Wild Card Round, but he threw the ball only 17 times with his team enjoying a comfortable lead most of the game. 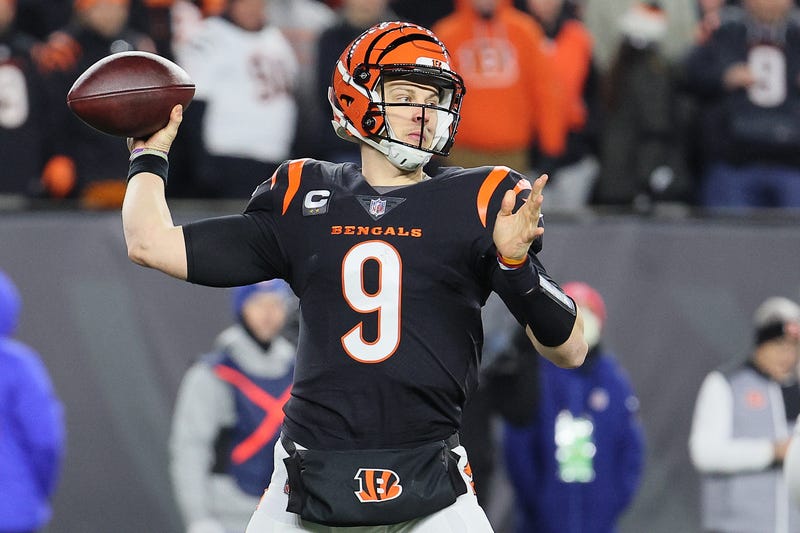 The legend of Burrow only continues to grow after the second-year pro led the Bengals to their first playoff victory since 1991 - even if, or especially because, it was aided by a bizarre erroneous whistle by one of the officials. After all, similarly pivotal blown calls have proven crucial not only in the games where they transpired, but they also sometimes go down in league history (hello, Tuck Rule).

In any event, the going gets much tougher this week against the top-seeded Tennessee Titans, but the new "Joe Cool" has shown there isn't much that can rattle him, and given his uncanny accuracy and the stable of top-tier receivers at his disposal, the confidence seems justified. We wouldn't be surprised if Burrow pulls off a "Music City Miracle" of his own. 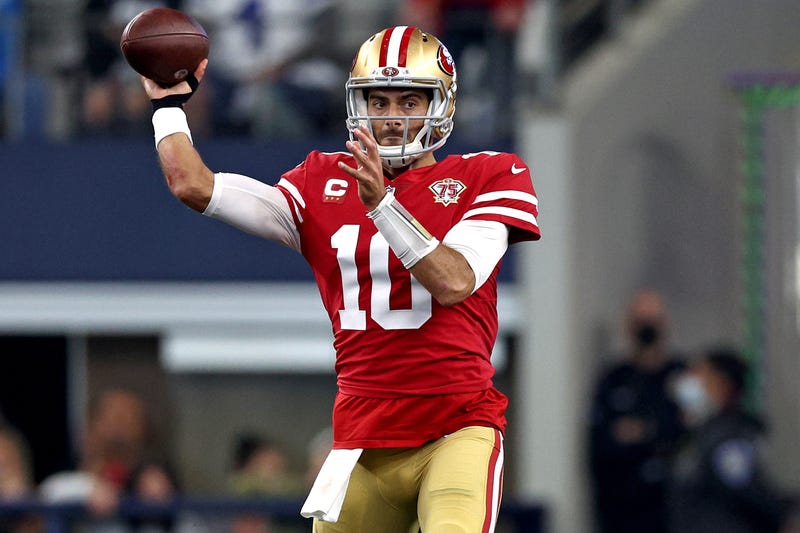 Garoppolo's time with the 49ers is rumored to be running short, but he's playing like he doesn't want it to end. The 30-year-old, eight-year pro led the 49ers with gutsy performances in several close wins in the season's final weeks, helping to punch their ticket to the postseason - where they promptly knocked off the higher-ranked Dallas Cowboys in the NFC Wild Card Round.

Things get more difficult against the top-ranked Packers and Rodgers in Green Bay, but Garoppolo and the 49ers have played them tough in recent years, including the aforementioned 2019 NFC Championship Game. With his understudy waiting in the wings and Garoppolo's decidedly mixed history in big moments, he may have to win out to keep his job.

There's no Mr. Irrelevant on this short list, so Tannehill can take heart. He may be the least decorated passer here, but running the ball behind Derrick Henry has always been Tennessee's bread and butter anyway.

Henry, sidelined by a foot fracture since Week 8, appears to be ready to return for the matchup against a soft Bengals run defense, news which is surely welcomed by Tannehill. If Henry's on the field, it should open up plenty of opportunities for Tannehill in the play-action game. The Titans went 6-3 without Henry's services.