Yes, I am he. The hater within that wanted to talk about the Buffalo Bills' lack of composure in pressure situations mere days ago.

It’s obvious head coach Sean McDermott screenshotted my article and posted it in the locker room for motivational material.

On a serious note, I am happy the Bills shut me up. 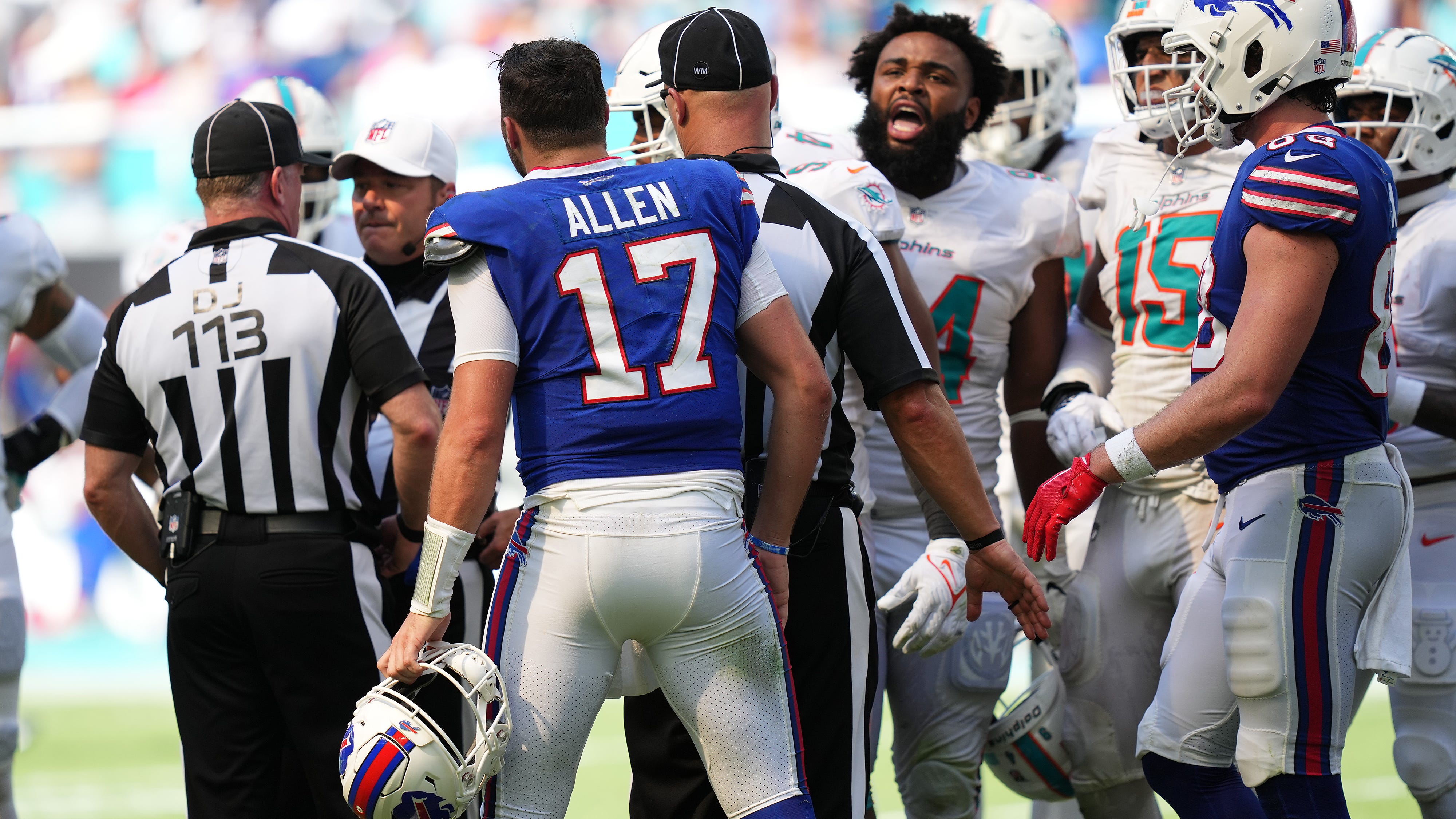 Geary: Bills have a composure problem

The Bills took several body blows that may have put a lesser champion on the canvas early in Sunday's football game against the Baltimore Ravens. They looked flat, they looked ill-prepared, and worse off, they looked out of their league through 30 minutes of football.

“Cut me,” Bills quarterback Josh Allen would yell in the locker room. Yes, that’s a Rocky reference for you "Gen Zs" reading this.

The Bills reached deep within, walking down the field in 11 plays to close the half giving themselves a fighting chance in the final two quarters of play.

It took a whole lot of guts not to accept the fact that it just wasn’t their day. Whether it was turnovers, missed holding calls, or ridiculous should-be interceptions that turned into maddening catches for the Ravens, almost nothing went the Bills' way in the first half.

Then, the momentum changed and the Bills never looked back.

Good ol' uncle Poise was on display in that second half.

The Bills nearly gave up a 95-yard scoring drive after intercepting Ravens quarterback Lamar Jackson and, subsequently, going three-and-out. It felt like an opportunity lost. Then a golden opportunity to hold the Ravens to a field goal was lost when Lamar Jackson broke off a scramble on 3rd-and-12, eerily similar to the 3rd-and-22 given up last week to Tua Tagovailoa and the Miami Dolphins.

But the heartbeat of the defense, safety Jordan Poyer, stepped up for the second time on the afternoon, giving the Bills new life.

What really impressed me was the game-winning drive from Allen and the offense. It wasn’t just Allen, though.

It was running back Devin Singletary having the poise and mindset to go down instead of scoring on two separate occasions.

It was offensive coordinator Ken Dorsey calling a tunnel screen when his running game was absent all day.

It was Allen sneaking up the middle, falling short of the goal line to ensure they could run the clock down.

Unlike last week, when the collective Bills roster looked to Allen, he stared back with a stoic, calming presence that resonated.

This was an equally unlikely, and important game for the Bills to win. It really can’t be overstated. Dropping to 1-2 in the AFC and 2-2 overall with games against the Kansas City Chiefs and Green Bay Packers upcoming (the Pittsburgh Steelers lost to the New York Jets, who cares about them) would have put this once Super Bowl favorite in quite a hole early in this season.

Instead, the Bills found a way and move to 3-1 on the season, silencing many who wondered whether or not they had the goods to win close games.

This is it, though, Bills fans. This is life as a Super Bowl favorite. This is the life we live with ultra-high expectations. 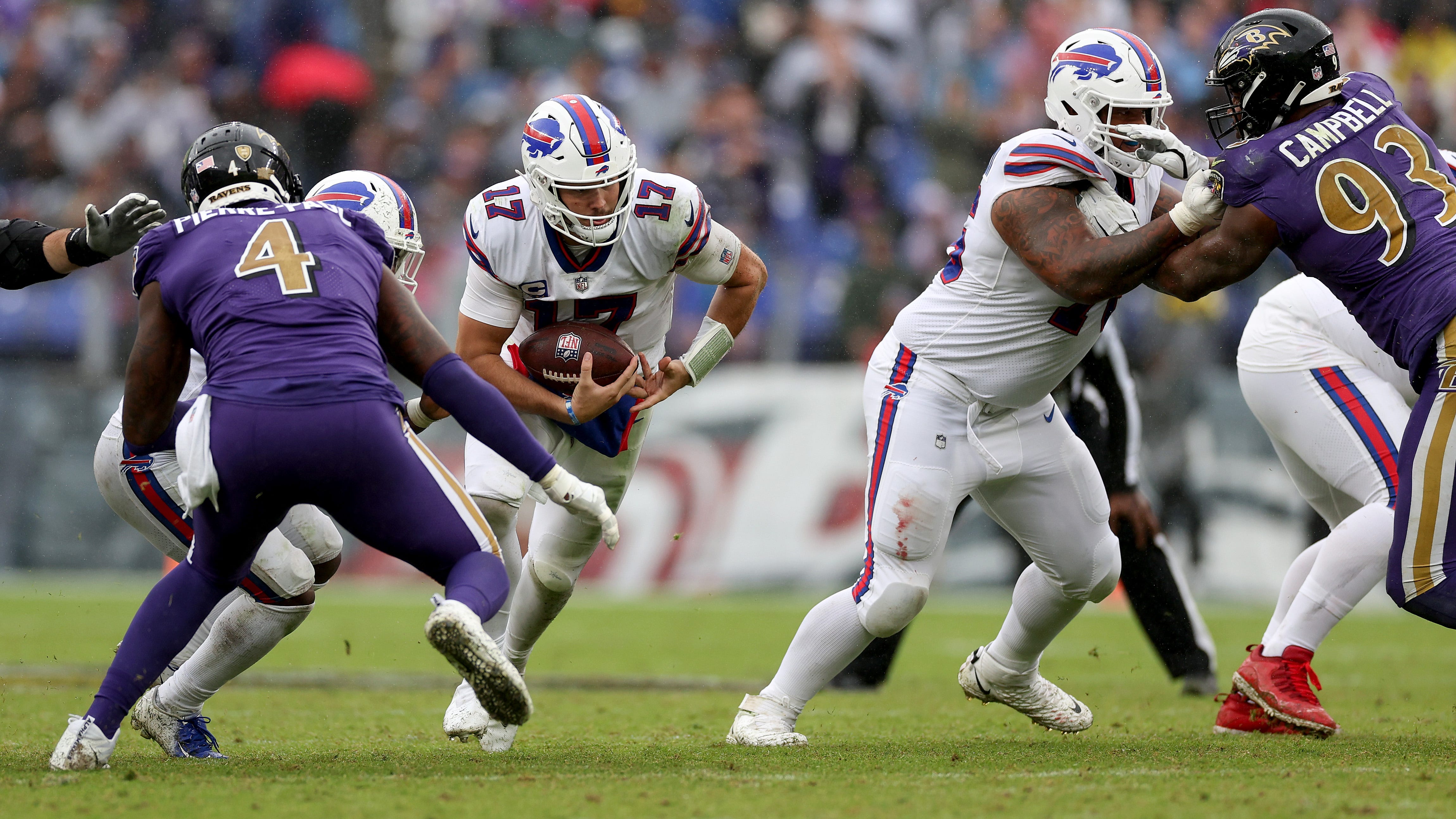 Wins are wins, and they won’t all be as pretty as the Los Angeles Rams or Tennessee Titans games, but winning a game like they did Sunday goes a long way in building confidence for the rest of the season.

Now on to the Steelers next Sunday, back home in Orchard Park.

Photo credit Losi and Gangi
We strive to be a platform where varying opinions may be voiced and heard. The views, thoughts, and opinions expressed by the author(s) of this article and/or by those providing comments are theirs alone, and do not represent those of Audacy, Inc. We are not responsible for any damages or losses arising from this article and/or any comment(s).
Featured Image Photo Credit: Patrick Smith - Getty Images