Baltimore, Md. (Audacy Sports) - The Ravens have played two games in Baltimore this season, and blew double-digit leads in both contests. They blew a 35-14 lead to the Miami Dolphins in Week 2, and allowed 20 unanswered points in a 23-20 loss to the Buffalo Bills on Sunday.

While losses to the Dolphins and, more so, the Bills don’t look bad on paper, they were both very winnable games for the Ravens.

John Harbaugh has been entrenched as the Ravens head coach for nearly 15 years, and likely isn’t going anywhere anytime soon, but he could be on the hot seat if these second half collapses continue.

Reeta Hubbard and Cordell Woodland of the Audacy Original Podcast, "Winning Drive" discussed how much blame Harbaugh deserves for the Ravens’ 2-2 start through four weeks.

“I keep seeing people wanting John Harbaugh fired. And listen, I understand. He has made some questionable decisions,” Hubbard said. “It’s almost like the definition of insanity: When you continue to do the same thing over and over again and you continue to get the same result. That’s what insanity is. And it feels like John Harbaugh is insane when it comes to some of these decisions that he’s making because he hasn’t learned anything. A lot of the same things that rose up in the Dolphins game reared its ugly head in this game and he did not do anything really different. There are a lot of things that I just felt like were coaching breakdowns and John Harbaugh is the head coach.”

The Ravens offense failed on a 4th-and-goal from the Buffalo two-yard line in the final minutes of the fourth quarter. The Bills turned around, ran the four-plus minutes off the clock, and sealed the game with a walk-off field goal.

Harbaugh and cornerback Marcus Peters appeared to get into it on the sidelines late in the loss.

But that’s not something that Ravens fans should necessarily be worried about.

“Those are just two competitive guys, I think,” Woodland said. “People are going to blow it up and make it into something that it’s not but we just saw Patrick Mahomes and Eric Bieniemy getting into it last week. We saw Quinnen Williams get into it with [defensive] line coach last week. This happens in the NFL. Coaches and players getting into it happens.

“I’ve heard and seen people say, ‘Oh, Peters is fed up. He’s ready for 'Harbs' to be gone.’ Come on, man. Replace him with who? I don’t think that’s the angle we should take here, but I understand,” he continued. “When you have heartbreaking losses the way the Ravens did against the Bills and it looks so similar to the loss against the Dolphins, you start coming back and then some of these pivotal coaching decisions that happen throughout the course of the game don’t pan out, you look at your head coach, and I think it’s justifiable. I’m not trying to say 'Harbs' doesn’t deserve any blame or any criticism, he’s the head coach, but I’m not going to take it all the way to the point of saying the guy should lose his job.” 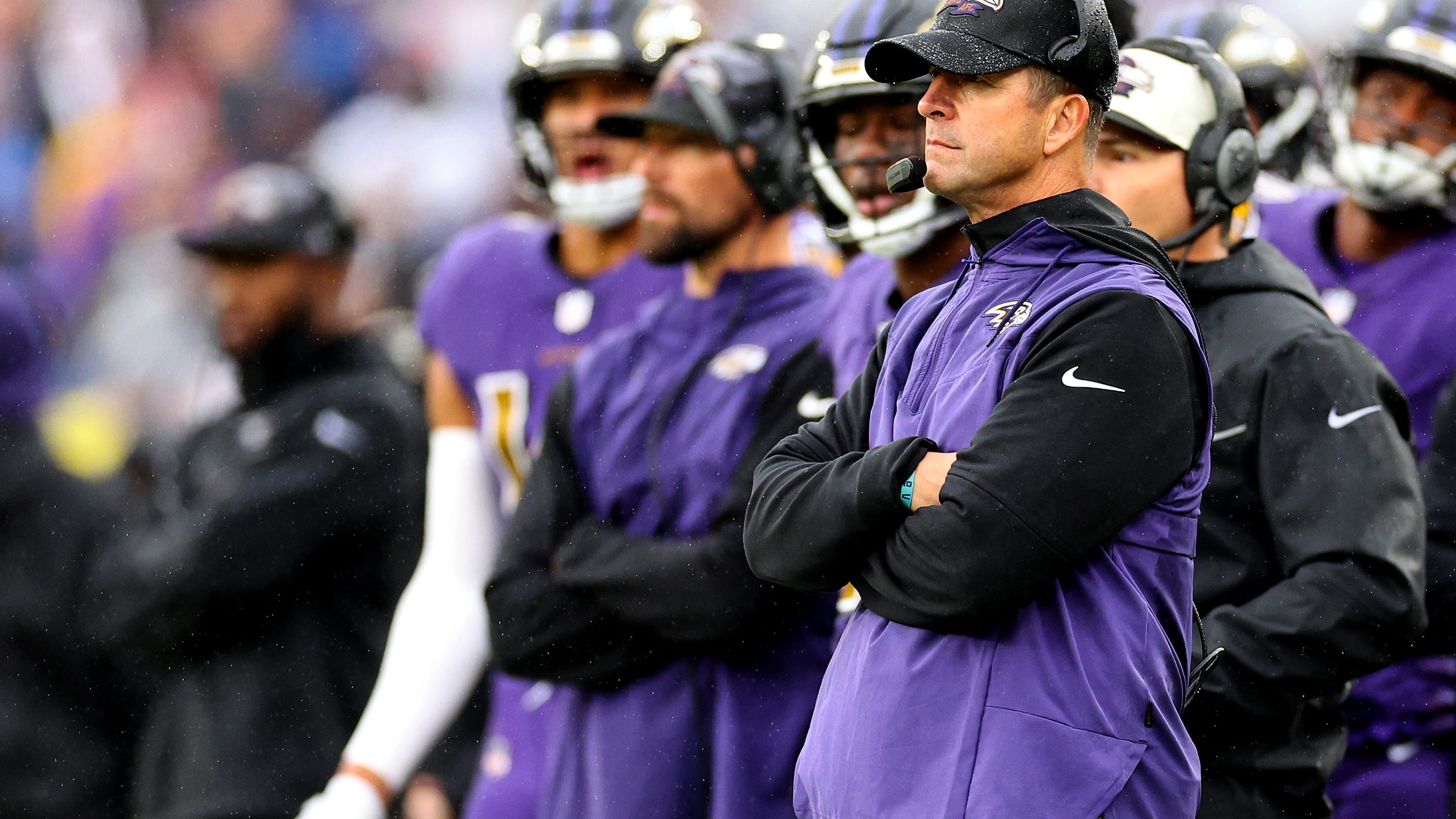 Woodland explained that Harbaugh needs to put the players in a better position to make plays to win games and coach them up more, as much as a NFL player can be coached up, that is.

Hubbard thinks Harbaugh deserves “a whole lot of blame” for the loss, but it’s still his team.

The frustration is understandable, but don’t take it too far.

“In this situation, I understand people are calling for 'Harbs'' job, I don’t agree with it, but I get it,” Woodland said. “People are upset. They have high expectations out here in Baltimore. And right now this Ravens team, they’re not meeting them.”

Hear more from the latest episode of "Winning Drive" available in the player below: