Through the first week of Buffalo Bills camp at St. John Fisher University, we haven’t had much of that, aside from the occasional jawing back-and-forth.

It finally happened on Saturday, and in a pretty unusual way.

On the very last play of the first day of pads, quarterback Josh Allen was headed into the end zone for a possible touchdown while the team was doing 11-on-11 work. On his way there, he was bumped just as the whistle blew by defensive tackle Jordan Phillips. Allen then turned around and shoved the veteran defensive tackle.

Immediately, several players from both the offense and defense started grabbing both players to separate them. A couple then came running in from their positions further outside the play.

Not much came of it after that, but it was very notable because you don’t often see a quarterback involved in something like that at training camp since they aren’t allowed to be hit. This is especially the case where you don’t see quarterbacks actually initiating the first shove. 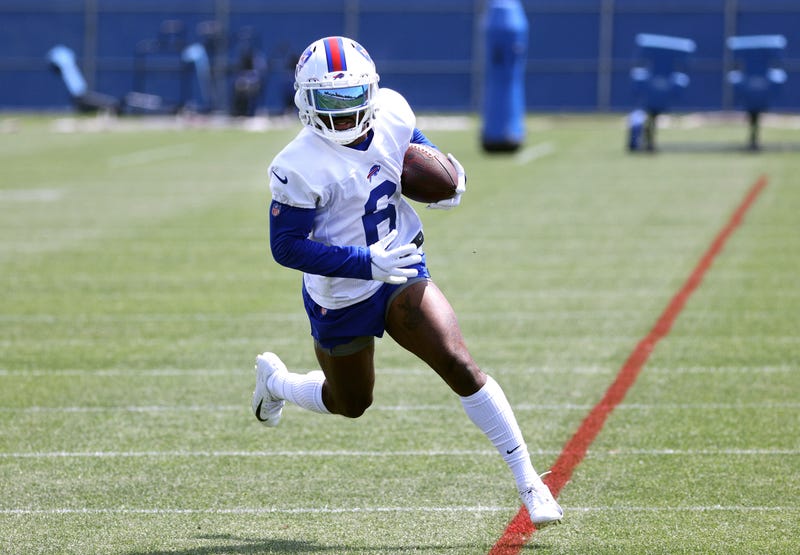 At this point, I want to declare - unofficially, of course - Isaiah McKenzie as the third wide receiver for this team. He gets a lot of work on offense and looks really good doing it.

McKenzie first made an excellent grab on Saturday in the back of the end zone for a touchdown from Allen. He was running along the back line and had to get up really high for the ball before coming down and making sure that not only one foot was in bounds, but he also got a knee down as he went to the ground.

Even if he’s not going to be a factor in the return game, McKenzie looks like he’s going to be a big part of this football team in 2022. 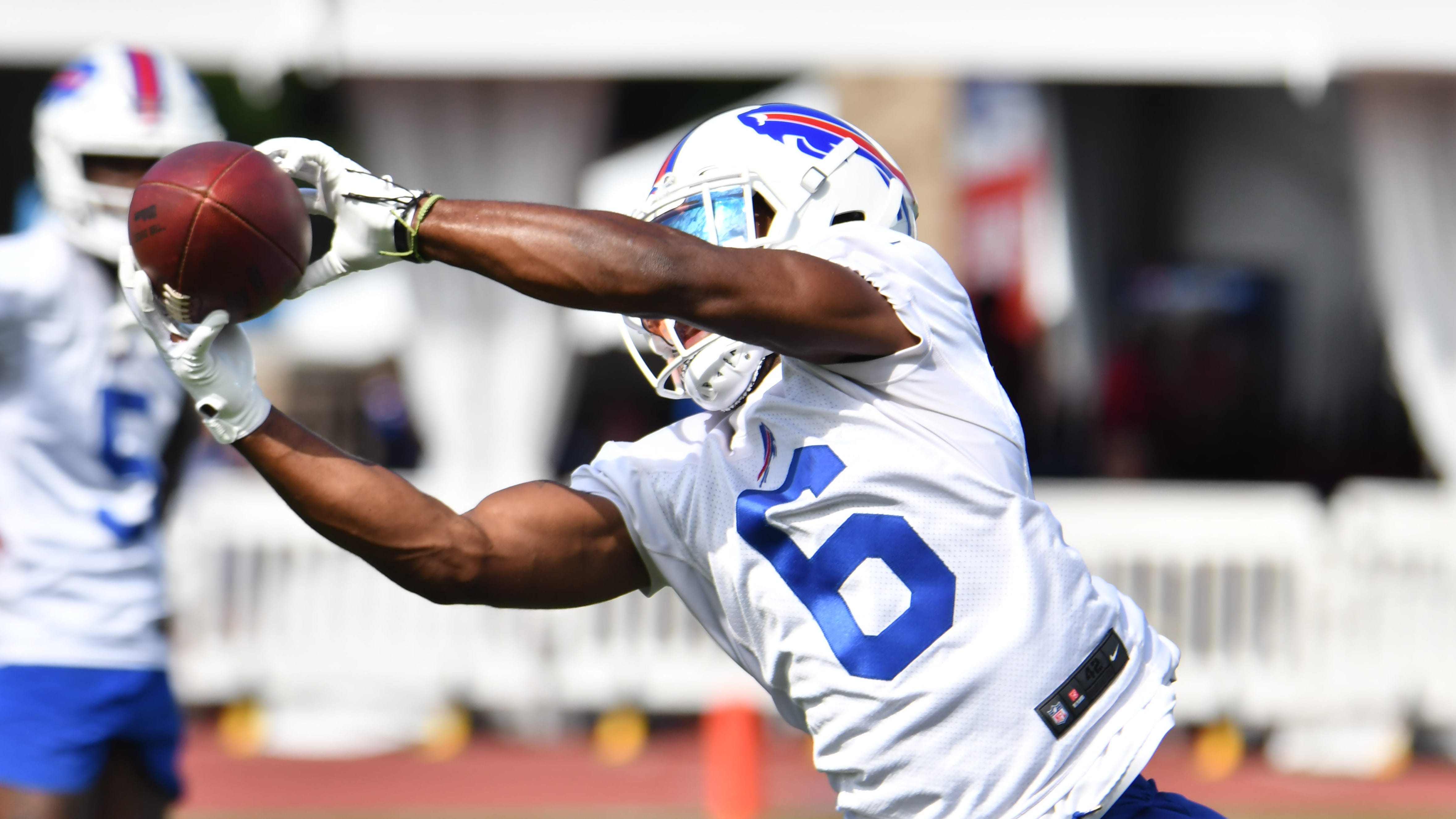 LISTEN: McKenzie wants to prove he's 'an every down receiver' 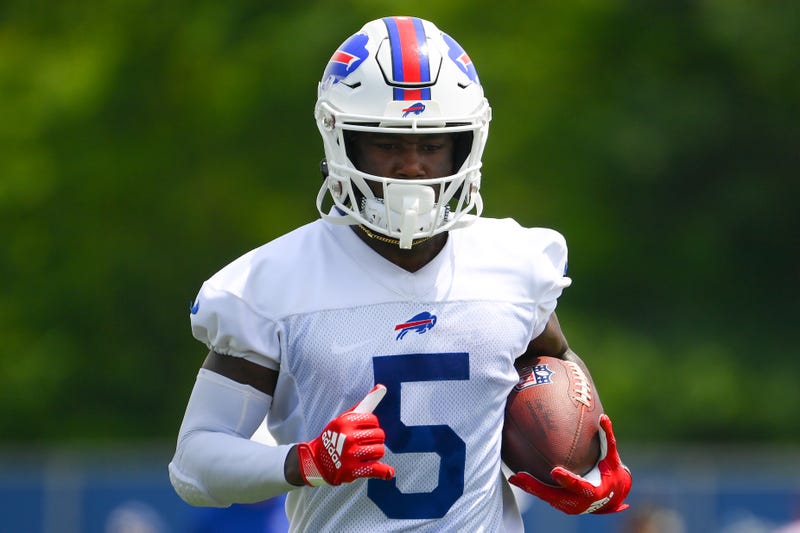 Second-year receiver Marquez Stevenson is definitely in the mix to be the main return man, but he also had a really good day catching the ball on Saturday, twice making adjustments down the field during 1-on-1 drills to make excellent grabs.

Offensive coordinator Ken Dorsey told the media this week they want to be a speed offense. Stevenson, nicknamed “Speedy,” certainly offers that. 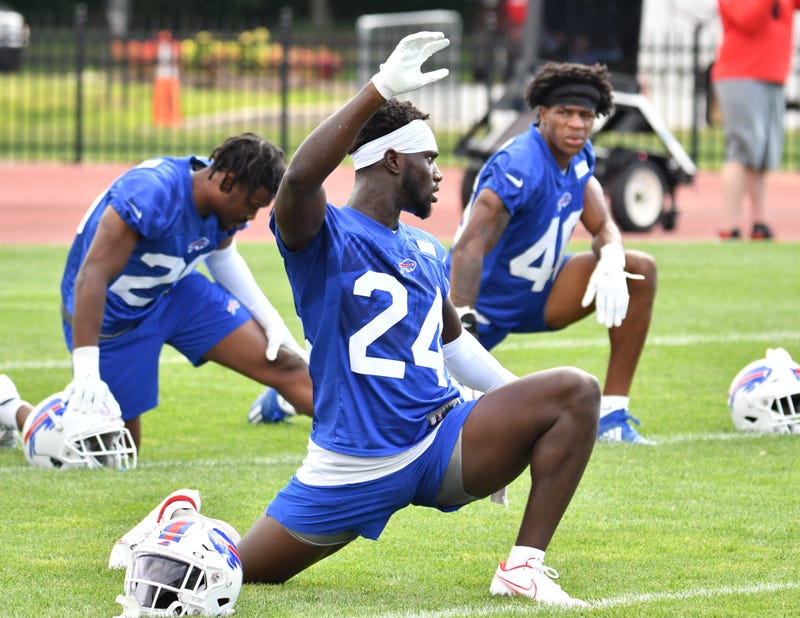 Rookie first-round cornerback Kaiir Elam has been a little too "grabby" at times during practice. He has terrific athletic traits and they certainly show, but he’s grabbed and tugged on jerseys a little too often during some of the 1-on-1 drills, and even 11-on-11 team work.

That’s exactly what he did on a ball to Gabriel Davis during early 1-on-1 drills.

It’s something Elam going to have to fight through and stop doing as the competition starts to ramp up with live preseason games, and eventually the opening game against the Los Angeles Rams on Sept. 8. 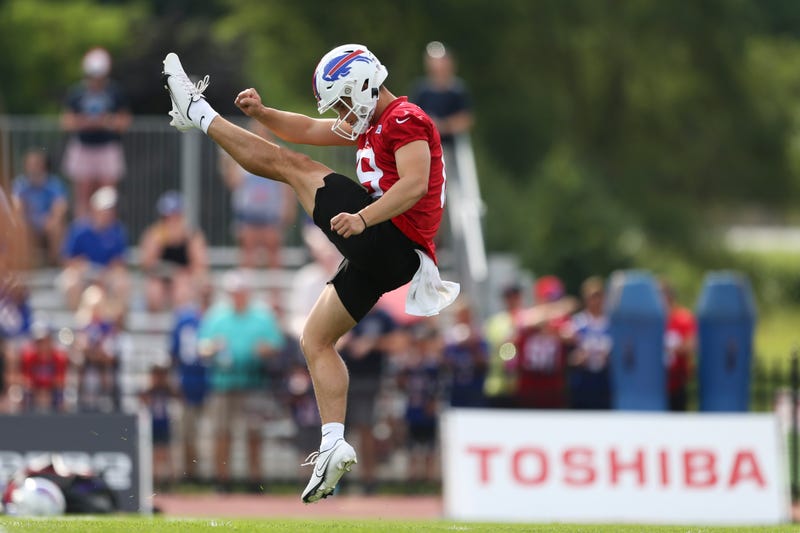 Both punters Matt Araiza and Matt Haack got a chance to boot the ball five different times in a live setting. Fellow reporters Matt Bove from WKBW-TV, Jay Skurski of The Buffalo News and I tracked the hang time of all 10 punts. Here's how it turned out:

When reporters do math: @Matt_Bove, @SalSports and myself tracked hang times in the big Matt vs. Matt #Bills punter battle, and it was close today:

Slight edge to Araiza, I’d say. Each had one bad one. 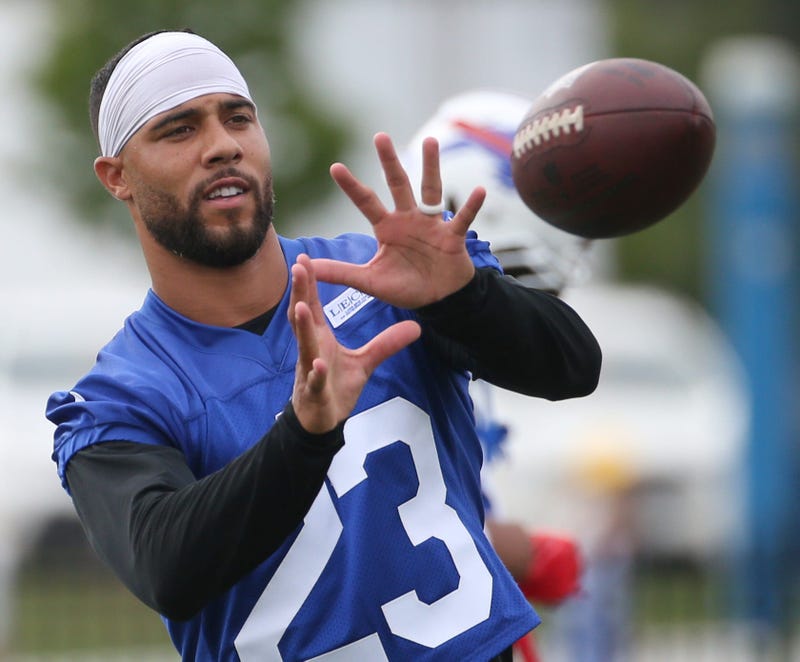 Prior to Saturday's practice, head coach Sean McDermott told the media that safety Micah Hyde is considered day-to-day with hip soreness. Hyde came down hard on a play on Friday and limped off the field before being carted back to the locker room area.

Offensive tackle Dion Dawkins was excused for personal reasons for a second-straight practice. Tommy Doyle took his spot at left tackle, while David Quessenberry played right tackle as Spencer Brown continues to dress for practice but not do any team work.

Once again, both wide receivers Jamison Crowder and Jake Kumerow were not on the field. McDermott also termed them as day-to-day. This is the fifth-straight day Crowder has not participated, suiting up on only the first day of practice. It's the fourth-straight day for Kumerow.

Defensive tackle DaQuan Jones is also day-to-day and did not practice on Saturday.

The team will have Sunday off and return to practice at St. John Fisher on Monday at 9:45 a.m. ET. The practice is open to the public, but a ticket is required to attend. 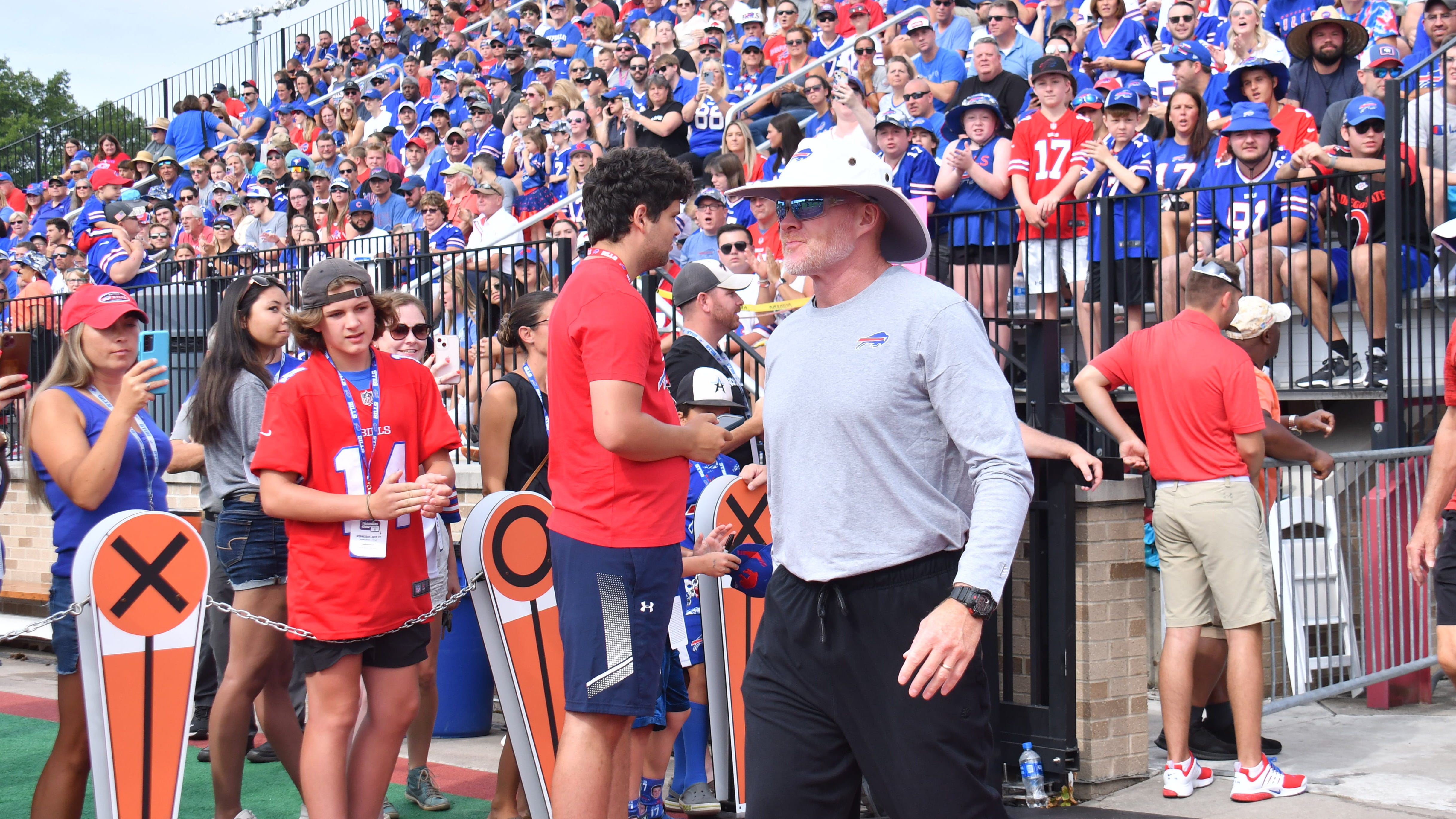 McDermott excited to get back to work in pads