The Buffalo Bills are looking to advance to the AFC Championship Game for the first time since 1993. In order to get there, they’ll have to beat the red-hot Baltimore Ravens on Saturday night in the Divisional Round in Orchard Park.

The Ravens are the most blitz-heavy team in the NFL, sending extra pressure on over 44% of defensive snaps.

The Bills have been excellent against the blitz this season. Josh Allen, specifically, has been terrific against it.

The Ravens will have to make a decision. Do they continue to do what they usually do and bring a lot of pressure, or do they elect to drop more players in coverage and blitz less, possibly giving Allen more time?

If they bring the heat, Allen and the Bills offense needs to continue to beat it the way they have been all season, or things will get tough, quickly.

There’s always so much focus on stopping Ravens quarterback Lamar Jackson from running, and rightfully so. He’s dynamic, fast, and elusive.

However, the Ravens running game is a lot more than Jackson. They not only led the NFL with 191.9 rushing yards per-game in the regular season, but did it by a whopping 24 yards more per-contest than the next closest team.

Jackson led the way with 1,005 yards, but J.K. Dobbins also had 805 yards, and Gus Edwards had 723 yards. Jackson is primary threat No. 1, but the entire Ravens running game is a handful to deal with.

The Bills are going to have to be ready for a full dose of all of it.

One turnover. That’s all it may take for either of these teams to win or lose the football game.

Both the Bills (26) and Ravens (22) ranked in the top-10 in the NFL in the regular season taking the ball away from their opponents.

The Ravens were the top team in the league forcing 25 fumbles! Cornerback Marlon Humphrey led the entire league with eight forced fumbles. The Bills were tied for seventh in the NFL in both forced fumbles and interceptions, with 15 in each category.

Both teams will be going after the football. If one is able to get it, that could be the difference. 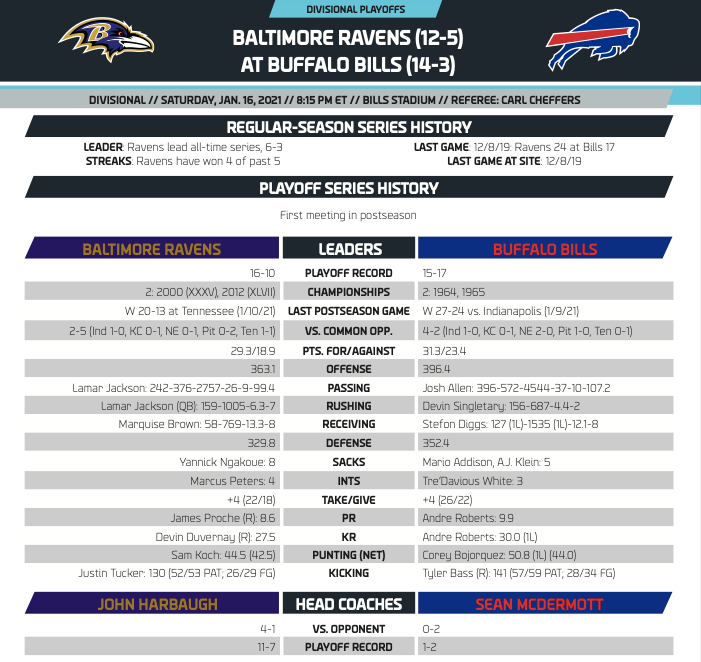 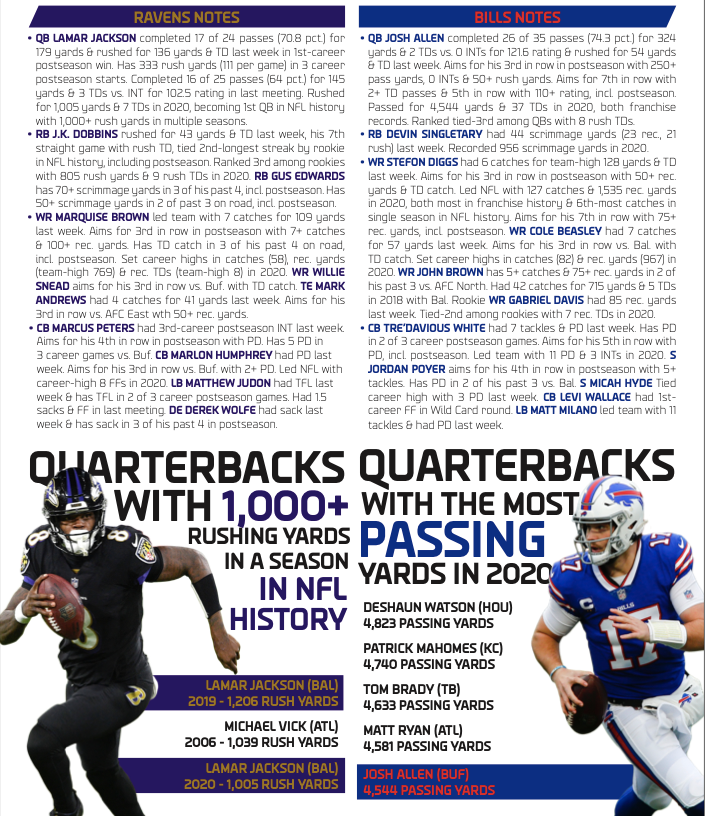