***DISCLAIMER: This was written before Thursday night's game against the New Orleans Saints***

The days of opening the ol’ work email or Twitter and sifting through criticisms telling me in one colorful way or another that I’m too tough on the Buffalo Bills are starting to feel like a long time ago.

Right now it’s almost the reverse, as I feel like I’m defending them from many different angles.

This past Sunday’s postgame show after the beatdown by the Indianapolis Colts was one fan after another calling in to say, to varying degrees, how bad the Bills are.

Maybe overrated is a better word than “bad” here. Nobody’s calling to say to fire the coach, or with recommendations for next year’s draft. At least not yet. No, it’s more that some people are, for whatever reason, eager to tell me and you and everybody that this year’s Bills, in short, ain’t it.

Right or wrong, positive or negative, these are people with their hearts in it.

Let’s check in with people who don’t.

The playoff betting markets don’t care who your favorite team is. They’re a reflection of which teams, objectively, are the most popular choices to win in the postseason.

It may come as some surprise to fans dialing us to warn us about this Bills season that the team is still a well-liked choice to win the AFC, and even the Super Bowl. Using information from BetOnline, the Bills became the Super Bowl favorite just over a month ago, right after beating the Kansas City Chiefs in Week 5. Ever since, they’ve bounced between being the favorite and a close runner-up.

Before the Indianapolis game, the Bills’ Super Bowl champion odds were 11:2, or 5.5:1. That represented the lowest odds on the board, with the Tampa Bay Buccaneers (13:2) coming in next and then five other teams at 9:1.

What does getting run over by a 5-5 Colts team in your own stadium while turning the ball over four times and allowing five touchdowns to one player do to those odds?

Buffalo now sits at 17:2 (8.5:1) heading into Thanksgiving, making the Bills the league’s third favorite. The defending-champion Buccaneers are presently first at 11:2, followed by Kansas City at 7:1. The Bills are tied next in line with the Arizona Cardinals and Los Angeles Rams.

The New England Patriots, who have overtaken the Bills for the AFC East lead, sits at 12:1. Despite leading the division, the Patriots are not the AFC East betting favorite, with odds of 1:1 compared with Buffalo’s 5:7. (Odds like that mean that you’re winning less than even money if correct; a bet of $7 on the Bills to win the AFC East would win you $5.)

I always feel the need to say or write this at least once, even though really it should be obvious: These lines are not necessarily predictive of anything. You still have to play the games. But they are an excellent tool for assessing how good the public, at large, thinks everyone’s chances are.

Why I like them so much is that they’re devoid of emotion. All the biases – good and bad – that come from loving your favorite team are mostly filtered out in these numbers.

So what do the numbers say?

Not just that the Bills are still considered a great team and a top contender. There are other factors at work.

Their schedule is one such factor. The Bills have already spent several weeks taking care of some of the league’s weaker teams, but they still have an edge in this area over, say, a fellow contender in the Baltimore Ravens.

The Ravens’ Super Bowl odds are 12:1, even though their 7-3 record is a game better than the Bills, and also good for first place in their division, the AFC North. Baltimore has only games left with teams that, at present, have winning records, while the Bills have four games to go with teams .500 or worse.

One other betting market to watch is Josh Allen’s MVP candidacy, which I’ve written about here already this season. 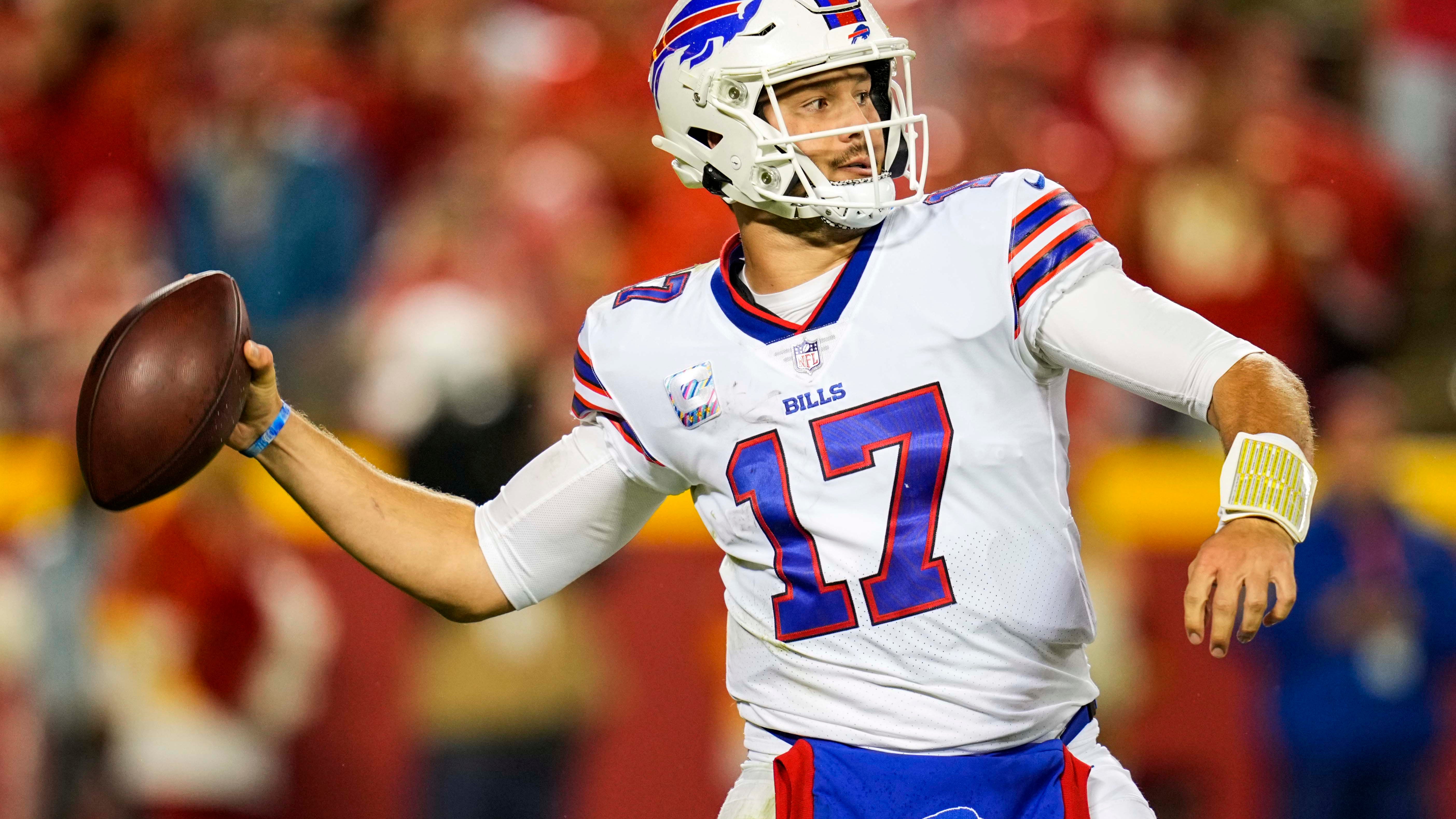 Again, we go back to the win in Kansas City for a mile marker here. After that game, Allen became the MVP betting favorite at 6:1. Right now, after the Colts loss and also others to the Tennessee Titans and (yuck) Jacksonville Jaguars? The same. 6:1. (He’s not the favorite anymore, however, with Tom Brady now in the lead at 5:2.)

Quick side note: there’s an interesting new name on the MVP board - Kirk Cousins. Cousins hasn’t even been listed much of this season, but now he’s at 20:1 after Minnesota’s 34-31 win over Aaron Rodgers and the Green Bay Packers. Cousins is at 2,775 passing yards this year with 21 touchdowns to go against two interceptions. Other top quarterbacks, including Allen, have faltered here and there or maybe have been injured. There actually might be a path for Cousins to get there.

Last Sunday’s Bills loss to Indianapolis was a wet, dreary drag – and certainly an occasion to examine what the team’s problems are.

This is meant as a reminder that compared with the rest of the teams in the league, to the betting markets those problems don’t seem quite that serious.