Braves outfielder Marcell Ozuna has reportedly run afoul of the law once again.

The two-time All-Star was arrested in Norcross, Georgia, early Friday morning for allegedly driving under the influence, CBS46 reported.

The incident comes after the former Marlins and Cardinals slugger was arrested in May 2021 on domestic violence charges following an altercation with his wife, in which he allegedly struck and strangled her.

The felony charges were later dropped to a misdemeanor in that case, and Ozuna was sentenced to an anger management course, 200 hours of community service, and six months of supervision.

Ozuna was injured at the time of the domestic incident, and was later suspended for the balance of the 2022 season, which amounted to about 20 regular-season games as well as the Braves' postseason run, which culminated in a World Series title. He was permitted to return from the outset of this season.

At the start of spring training, Ozuna apologized for the incident and vowed to be "a better person."

The 31-year-old native Dominican has struggled so far in 2022, and was recently seeing decreased playing time following the Braves' acquisition of Robbie Grossman. Ozuna was hitting .214/.263/.393 with 20 home runs in 448 plate appearances through Thursday's action. 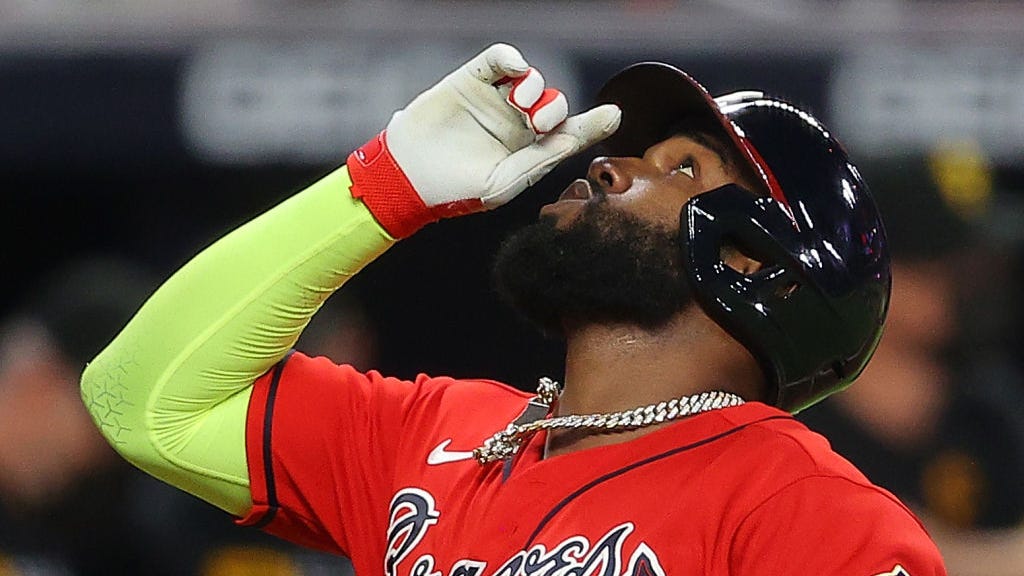 Marcell Ozuna issues apology to fans for domestic violence arrest: ‘I made a mistake’