Bill Belichick almost certainly doesn't care, but the longer that the New England Patriots go without announcing who will call plays in 2022 and what responsibilities each coach will have, the more it opens the door for speculation as to why they've declined to name a successor to Josh McDaniels.

Mike Florio theorized on PFT Live that there's a deeper reason for Belichick not naming whether he, Joe Judge or Matt Patricia will call plays in 2022 than just trying to get the best out of his coaching staff.

"I still, at some level, believe that Bill Belichick is trying to centralize responsibility. He's trying to reduce the pressure and the scrutiny of the individual assistant coaches because I think he knows ... if he didn't know before they got the crap kicked out of them by the Bills in prime time to end their 2021 season ... and his son Steve supposedly is the de-facto defensive coordinator ... that's the type of performance that defensive coordinators get fired for. Look at what happened to the special teams coordinator of the Packers after that debacle in the Divisional Round against the 49ers. What happened? He's gone.

"Well, Bill isn't going to fire one of his kids. And if you ain't gonna fire one of your kids, it makes it harder to hold other people on the staff accountable as well. And you remove that storyline ... you remove that avenue for criticism, or at least you minimize it ... if no one really knows what the various staff members even do. And I really think that at some level, he is trying to protect himself, and the two kids of his that work for him, from an awkward spot by keeping it very deliberately confusing as to who is doing what. I feel like at some level, that's part of the genius of Bill Belichick, circling the wagons around the coaching staff."

Chris Simms, Florio's co-host, has a slew of connections to Belichick, including spending the 2012 season working as a coaching assistant on his staff. Simms responded to Florio's theory by saying "I don't doubt that." He also believes that Belichick -- who is notoriously loyal to his assistant coaches -- may also not want to make whoever is calling plays "the marked man."

Whoever the offensive coordinator is will be replacing new Las Vegas Raiders' head coach Josh McDaniels, who spent the last 10 seasons (and 13 overall) as the playcaller for Belichick. While there may be something to shielding whoever the playcaller is from blame if the Patriots don't hit the ground running in 2022, a source told WEEI's Khari Thompson that "coordinator by committee is a recipe for disaster."

But Florio is right in his reasoning, even if it's not the No. 1 reason for the team being coy about who will take on the responsibilities that once belonged to McDaniels. If Belichick sticks with and even shields Judge and/or Patricia, it will make it that much easier to do for his son Steve and Jerod Mayo, who have split the defensive coordinator responsibilities for the last four seasons. 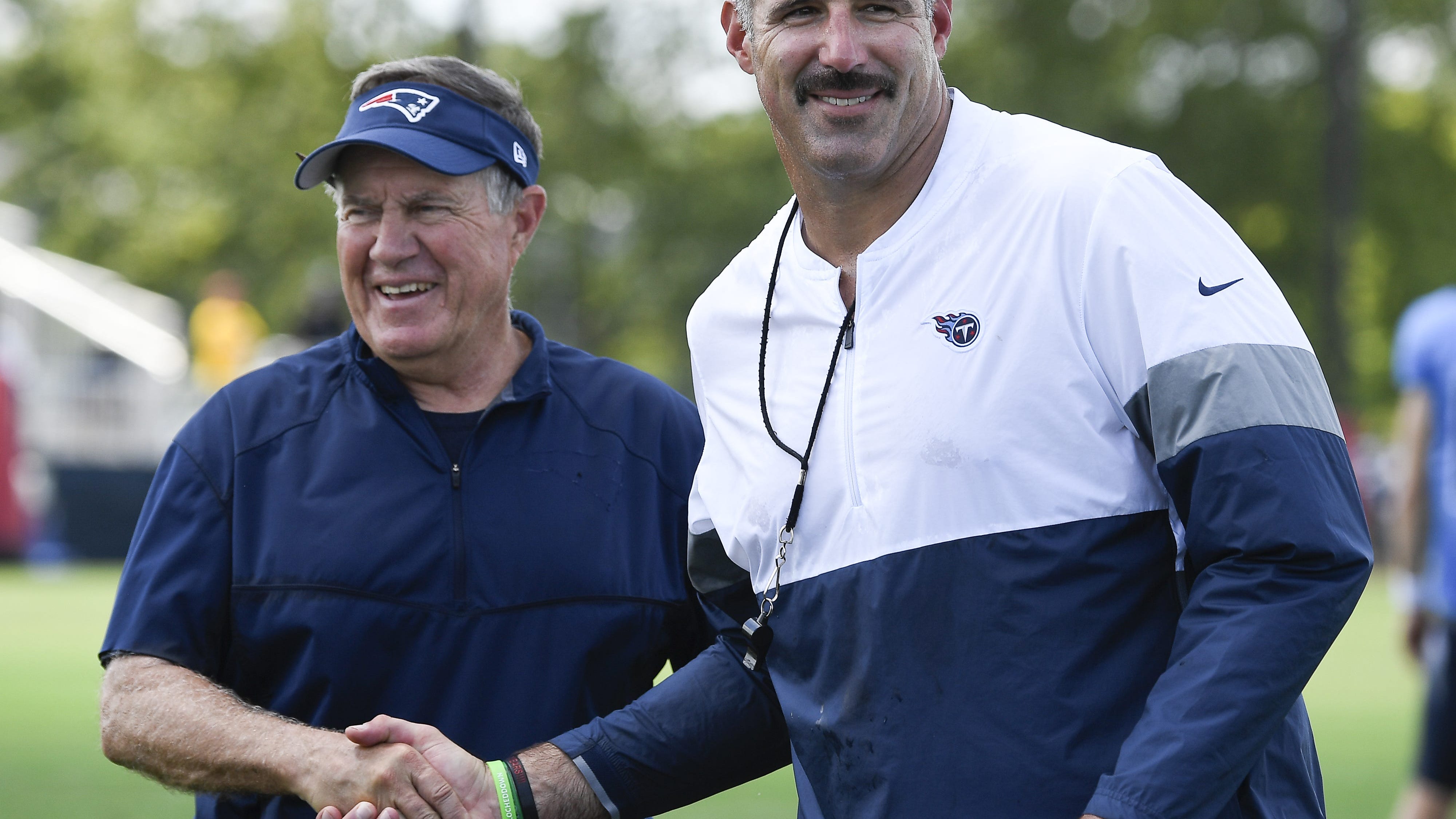