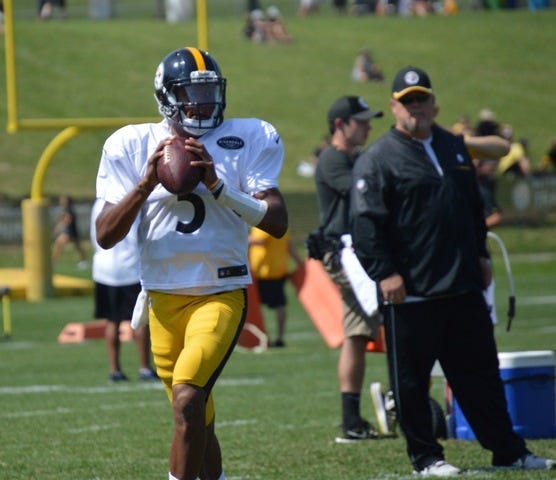 PITTSBURGH (93.7 The Fan) - The Colts are currently looking for a backup quarterback. They have brought in Brock Osweiler, Brandon Weeden, and Matt Cassel to work out this week. So does our NFL Insider John Clayton believe there is any way they would want Josh Dobbs?

“Tend to doubt it. You can see at the moment that the Colts are looking for an experienced quarterback,” said Clayton.

Does Clayton think the Steelers should go after a tight end after roster cuts?

“I think Luke Wilson or Dwayne Allen would work out.”

As for an update from John about Jadeveon Clowney?

“You can see Bill O’Brien is trying like crazy to get Laremy Tunsil from Miami. But I don’t think Clowney wants to go to Miami. Seattle and Philly are his preferences. He controls so much of this because he doesn’t have to sign his tender.”

As for the NFL as a whole, it seems like the NFC is better than the AFC on paper.

“I see about 10 playoff possible teams this season coming out of the NFC.”

John picked the Browns to make the playoffs this season because of Andrew Luck retiring.

“It’s a matter that someone’s got to make it. I put the Cleveland Browns in. If Indianapolis didn’t lose Luck I wouldn’t have had Cleveland in,” said Clayton.

As for who Clayton has winning the Super Bowl this season? And what seed does he think the Steelers will be in the playoffs? You’ll have to click the link down below to find out.