One, two, three strikes you're out at the old ballgame, right? Well, not always.

Houston Astros slugger Yordan Alvarez was given four strikes a few weeks ago against Boston Red Sox pitcher Rich Hill and no one seemed to notice. Or no one noticed in time, at least.

Red Sox coach Mike Brenly and Hill himself told Audacy’s “The Bradfo Sho” what happened during that unusual plate appearance.

“We get 20 seconds to challenge a play, but something like that it’s even quicker so probably 5 to 10 seconds,” Brenly said (3:03 in player above). “Obviously, with a guy like Alvarez you don’t want to give him any more strikes than he possibly needs because he can hit the ball out of the stadium at any point.”

Brenly doesn’t keep an actual scorecard, but he’s hyper-aware of the action on the field.

“Not a scorecard, but I’m kinda keeping track of stuff like that, especially guys like that or we get to two strikes just trying to keep track of what’s going on. And I said Tyler, the other video guy, we were together, I said ‘Wait a minute, that was four strikes wasn’t it?’ He’s like ‘Yeah, that was definitely too many pitches.’

“So I called the dugout and let ‘em know but by the time I let ‘em know, though, Rich had thrown another pitch and we got him out,” said Brenley.

Brenly estimated that it took about 10 seconds for them to get the word to the dugout, but Hill was working quicker than that.

“I did realize after I threw I believe it was the fastball, it was up and in, he called it a strike, it should’ve been strike three,” Hill said (11:54 in player above). “And I was like ‘Well, maybe that wasn’t strike three, OK,’ and you’re in the heat of competition and you’re in the moment and you’re just kinda going on to the next pitch. Then I believe he actually fouled the ball off … then grounds out,” Hill continued. “For my recall on that game, when you’re in the moment and you’re out there and you’re competing, you’re not really – yes, you are aware of the balls and strikes. I just don’t know why something that time,” he trailed off.

Hill said that the heat of the moment and competition can get to you on the field and that may have been what happened in that at-bat. He felt like something was off, though, and it was confirmed in the dugout.

“After I came out of the game they said ‘You threw four strikes to Alvarez’ and I was like ‘I knew it. I knew it. I knew something was up with that at-bat.’ I don’t know why, but it was just one of those things where the universe stood still, time stood still for a moment.” 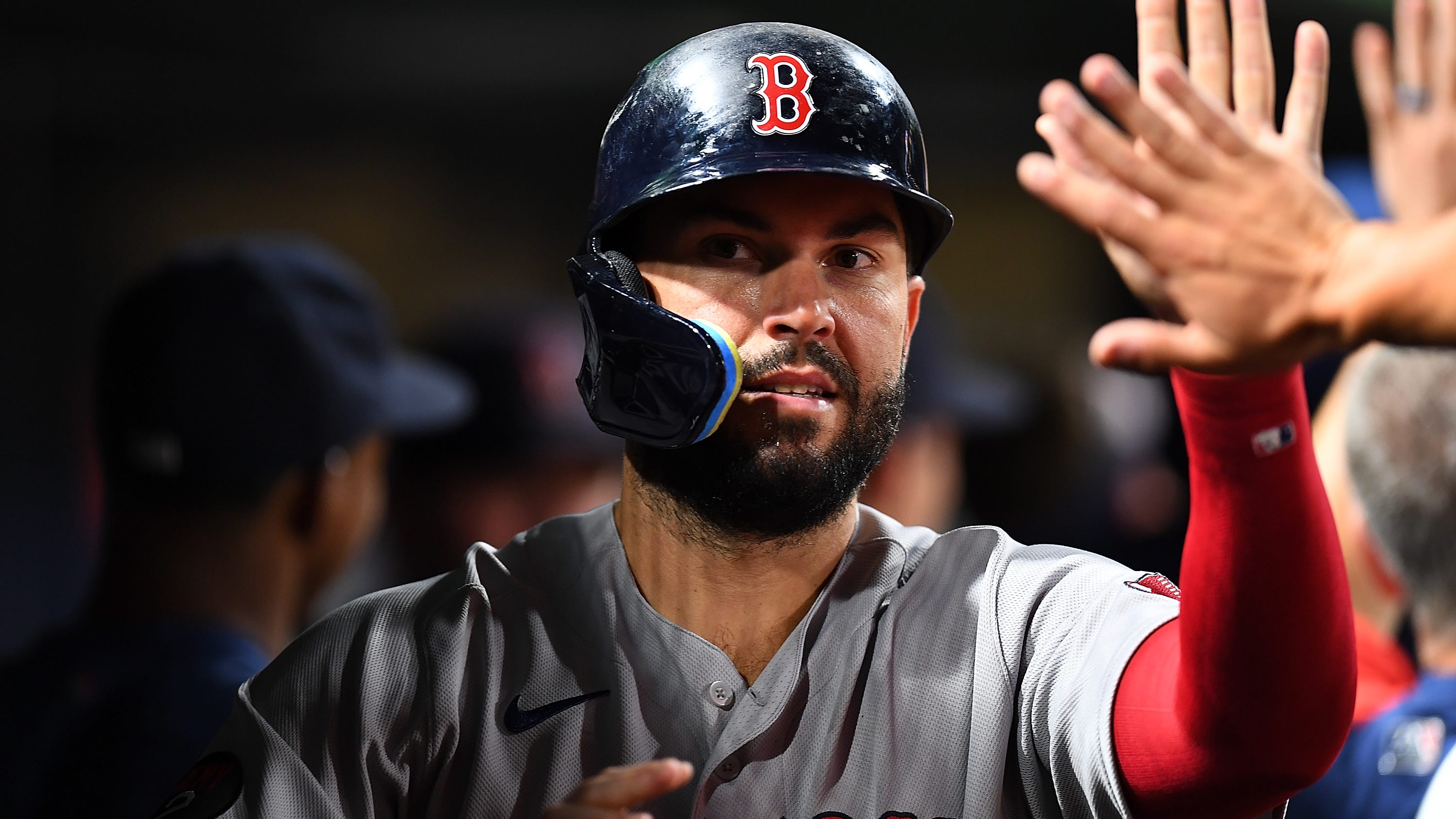 Matt Strahm raves about 'unbelievable human' Eric Hosmer: You can't measure what he brings to a team