Buffalo, N.Y. (WGR 550) – The Buffalo Sabres finally have one goalie under contract for the 2022-23 season, re-signing Craig Anderson on Thursday to a one-year, $1.5 million contract. 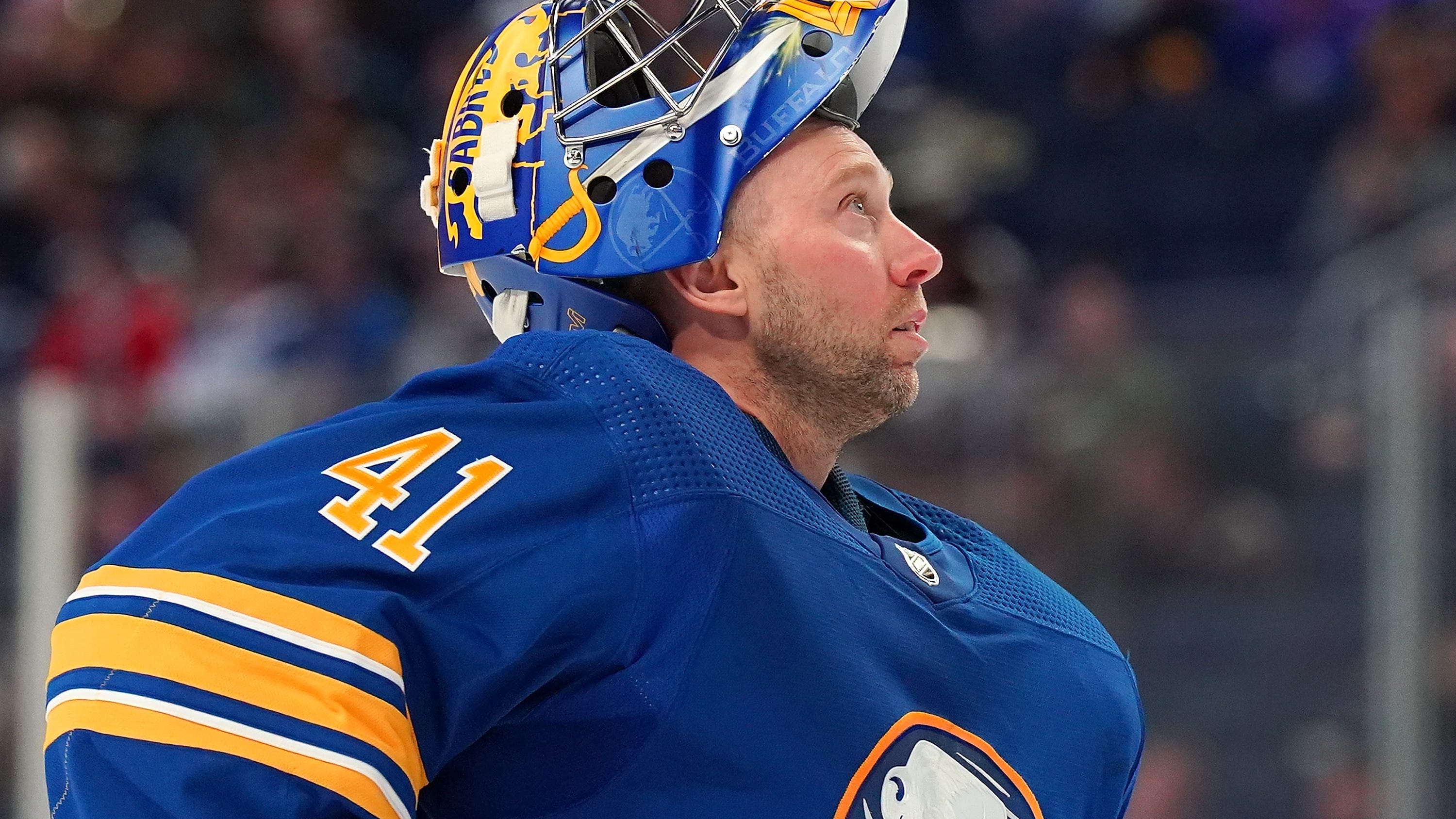 Anderson gets to double his salary from last season with his new deal. Sabres general manager Kevyn Adams mentions there were reasons why they wanted Anderson back.

“I think he had a big influence in our locker room," he said shortly after the signing on Thursday. "You look at our young [defensive] core, and I do think it’s very important to have someone with stability and has that presence in what he brings.”

It was on Tuesday when Adams told me he was in trade discussions about goalies. That hasn’t changed as of Thursday.

“It doesn’t change anything in the conversations we’re having and different options," Adams said. "We have to be in on every conversation. We have to be open to every possible scenario, which we are.”

With the season just ending for the NHL, prices are still high in trade talks. Adams says that’s no different with goalies.

“You look at some of the potential trade partners around the league and some of the goalies that could be on the market, they come at a high price," he said. "Maybe right now for us, that’s something we’re going to have conversations about. But it may not be something we’d be comfortable doing.

“They might be looking for a player, or a player and a top prospect that we’re not comfortable moving. That doesn’t mean that we don’t like the goalie or don’t want to make a move for that particular goalie. It just means that we’re not willing to compromise and pay the price that might be needed.”

Adams knows that the fans want them to skip 20 steps and forget about development, and Adams understands how the fans feel.

“Sure you want everything right now, but the one thing I do know is you have to be patient, in terms of committing to the plan and sticking with it, understanding that there is a development process that you need to go through. You can’t rush that," Adams said.

“'Donny' Granato and I just talked about this [Wednesday]. Our focus as we look at our team right now is we have a lot of really good hockey players that we think can get better. So how do we get them better, because that’s a big part on how we’re going to take a step.”

As far as Ukko-Pekka Luukkonen goes, if Adams does get another goalie, it’s going to be another year in the minors for the 23-year-old. Personally, I feel that would be a mistake.

“I really feel strongly that he’s going to be a very good goalie for us," Adams said of the 2017 second-round pick. "He showed when he came up last year that he was composed, he had a presence in net, he was giving us a chance to win hockey games just by being a stabilizing force back there.

“I like how he fought through different things in the American Hockey League. If a goal went in that he didn’t like, he didn’t get small and look defeated. He actually got a presence about him to stop the next puck, and that was a maturation that I wanted to see out of him.”

However, it’s not just Luukkonen for the Sabres' future in goal. They have two of the top goalies in college hockey in Devon Levi and Erik Portillo.

“A player like Devon Levi is going to have a chance to be a really good goaltender in the National Hockey League," Adams said. "I’ve watched him quite a bit, even dating back to before we made the trade, and then watching him this year. Not just the way he handles himself on the ice, but his maturity and his self-awareness in his evaluation of his own game and what he works on. He’s just very impressive.” 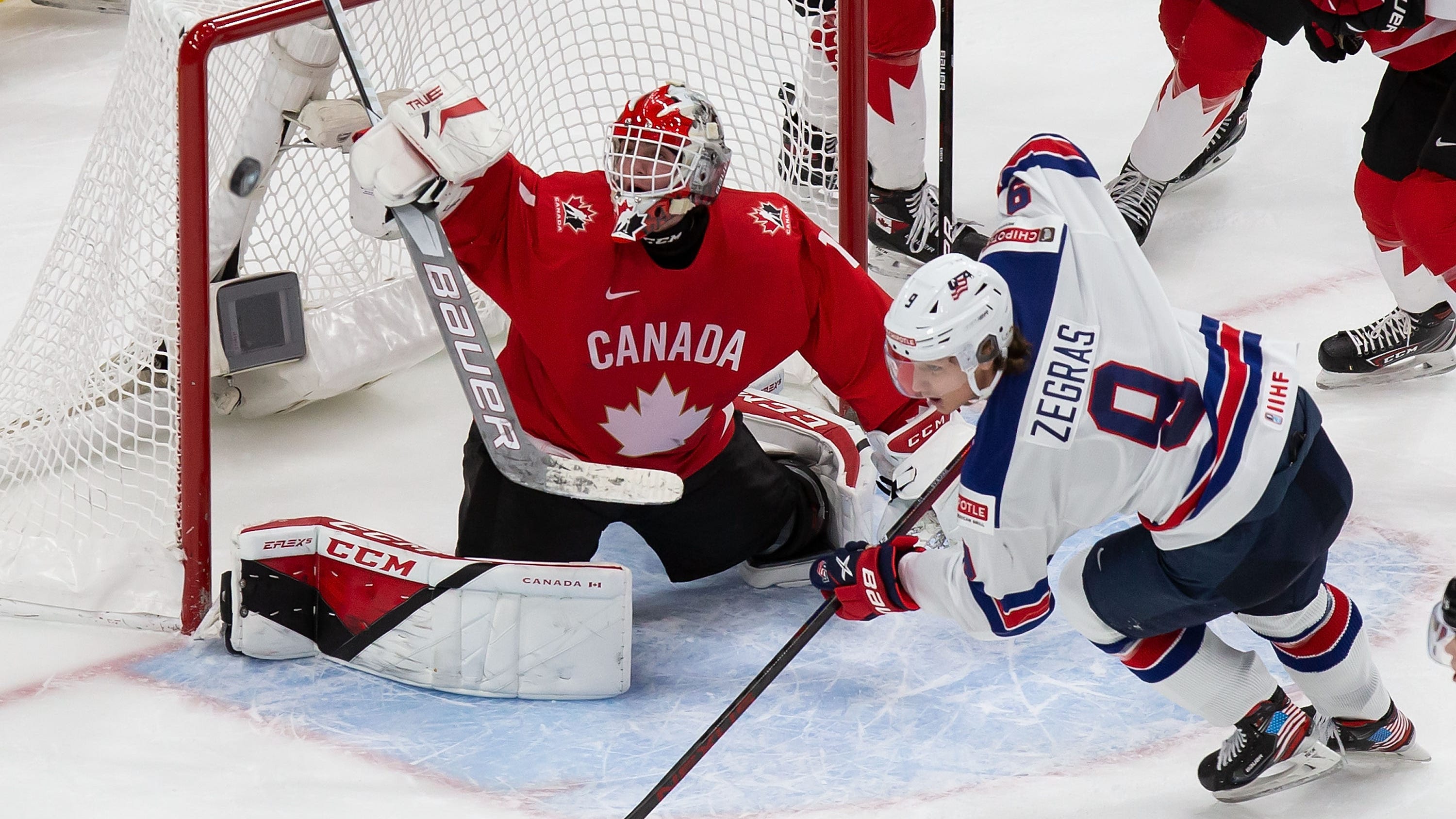 Every time we’ve spoken to Adams about his young goalies, he’s talked mostly about Levi and some about Luukkonen. He never brings up Portillo, so I asked him if he felt Levi’s development is ahead of Portillo’s.

“Honestly, I think it’s a tricky question, because it can change from year-to-year," Adams reasoned. "We think they’re both very good prospects. I mean, you look at Devon Levi winning the Richter Award for the top goalie in college hockey, and I love the fact that he went back to school purposefully to feel the pressure of having won that award. I think that says a lot about him and his maturity.

“Erik played on one of the top teams in the country, gave them a chance to win every night. You look at two years ago, he didn’t get a lot of games, and then took over the net and played almost every minute. So honestly, both of them are really good prospects.”

Of course Adams was asked about Kim Pegula and what she’s going through.

“She’s continuing to progress. We’re all thinking about Kim," Adams said of the Sabres co-owner. "She means the world to us. She’s a human being in our organization, and from her role; I mean, there’s great people in this organization that are leading in areas. We’re going to continue to work together, help each other, and ultimately, this is the Pegula’s organization. As always, they’re going to have the final say on all decisions from hockey to business, and that’s the way it should be. So nothing’s changed in that respect, but I know sitting here that I feel good about the people in this organization that lead their departments on the business side. We’re all going to work together to help this along.”