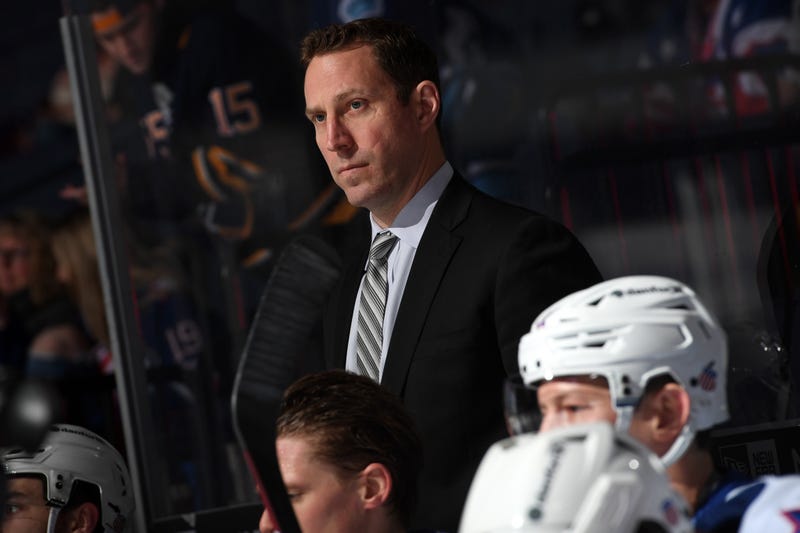 Seth Appert has rounded out his coaching staff with the Rochester Americans ahead of the 2020-21 season.

The team announced on Thursday that Adam Mair and Mike Weber will join Appert behind the bench as assistant coaches in Rochester.

🚨NEWS | We have named Adam Mair and Mike Weber to serve as assistant coaches on the staff of head coach Seth Appert.

Mair is hired as an assistant coach with the Amerks after five seasons with the Buffalo Sabres as a player development coach. The former Sabres forward actually had the chance to coach with the Amerks this past season as an interim assistant coach when former head coach Chris Taylor stepped in for Don Granato on Ralph Krueger's staff at the NHL level. In that time frame, Mair helped Rochester to a 12-3-1-2 start in the first 18 games.

The 41-year-old played parts of 11 seasons in the NHL, seven of which with the Sabres. In 498 games played in Buffalo, the grinding forward was able to score 35 goals and pick up 70 assists for 105 points.

As for Weber, this will be his first experience as a coach in professional hockey. He spent the past two-and-a-half years as an assistant coach at the junior hockey level with the Windsor Spitfires in the Ontario Hockey League.

The 32-year-old was a former second round pick of the Sabres in the 2006 NHL Draft. In parts of eight seasons with the Sabres, the rugged defenseman appeared in 341 games, scoring nine goals and registering 44 assists for 53 points.

As a rookie in the 2007-08 season, Weber appeared in 59 games with the Amerks, scoring a goal and registering 14 points from the blue line.

Weber last played professional hockey in the Swedish Hockey League as a teammate of Sabres defenseman Rasmus Dahlin with Frölunda HC, but retired during the 2017-18 season due to injuries.

“Adam and Mike are perfect fits to help establish a winning culture and develop our players in the American Hockey League,” said Sabres general manager Kevyn Adams in a team statement on Thursday. “They share the same philosophies as Seth in their approach to the game and will be valuable resources for both Seth and our players.”

“I’m excited to add Adam Mair and Mike Weber to our coaching staff,” Appert echoed in the team statement. “Adam has a proven track record in player development and firsthand knowledge of our player pool and how to help make people better. Mike brings tremendous experience helping young defensemen develop and a real passion for developing young men. They both have made their careers as team-first, competitive players and they share a passion for both the Sabres and Amerks organizations.”