(WGR 550) – The Buffalo Sabres are playing with no confidence and no passion.

They’re losing battles on a regular basis, they’re not willing to be around the net all that often, and their practice habits are slipping. It all added up to a 5-2 loss on Saturday to the Toronto Maple Leafs and an eight-game losing streak.

The final from Toronto. pic.twitter.com/Nl4SZx77wQ

Sabres head coach Don Granato demanded a faster and harder practice on Thursday, because he felt their practice habits had slipped. The problem is the game habits have slipped even more.

All this kind of stuff seemed to be behind this group, as between last year and this season, they put together 38 games of very good hockey. Now, it seems like Granato is out of answers.

None of that is happening, and short of a 10-game winning streak, this team has pretty much taken themselves out of playoff contention for an NHL record 12th-straight year.

Saturday’s game showed how fragile this team is.

For 12:45, this was a very even game. Buffalo was playing well and with passion. They were fast, created a few chances.

Riley Sheahan then took a penalty, and the Sabres completely and totally came unglued. Before you knew it, Toronto had a 3-0 lead at the end of 20 minutes.

After Sheahan went to the penalty box, it took John Tavares 13 seconds to tip in Mitch Marner’s shot. Toronto had the man advantage for 34 seconds to and scored two goals.

Later in the period, the Sabres showed how unaware they are of situations around their net. Nobody had a clue that forward Calle Jarnkrok was all by himself in the high slot.

Buffalo then allows a 2-on-0 shorthanded break, and Mark Giordano ends up with the shorthanded goal.

The Sabres started to push back in the second period, as Tage Thompson did a terrific job to win a battle to keep the cycle going on the power play. Alex Tuch ended up going to the net, and was rewarded with a goal when Dylan Cozens' shot went in off him.

If more players on this team were willing to be at the net, they might be able to score more 5-on-5.

Don’t be fooled by the shot totals on goal in this game. Buffalo had 34 shots, but 16 of them came on the power play, where they finished 2-for-6 on the night.

This is some of the worst penalty killing I’ve seen since I’ve covered hockey. In the eight-game losing streak, Buffalo has killed just 15-of-25 penalties, which is a pathetic 60%.

Yes, they’ve missed Mattias Samuelsson a lot on the blue line, but he can’t totally fix this. Samuelsson will likely return Tuesday in Montreal against the Canadiens.

When the Sabres were 7-3-0, they were hard on pucks and hard to play against. They had a pack mentality, and they thought they would win the game, not hope they’d win. Even if they got behind, they’d come storming back and win the game.

To think all of that was just 16 short days ago. It seems like 16 months ago. 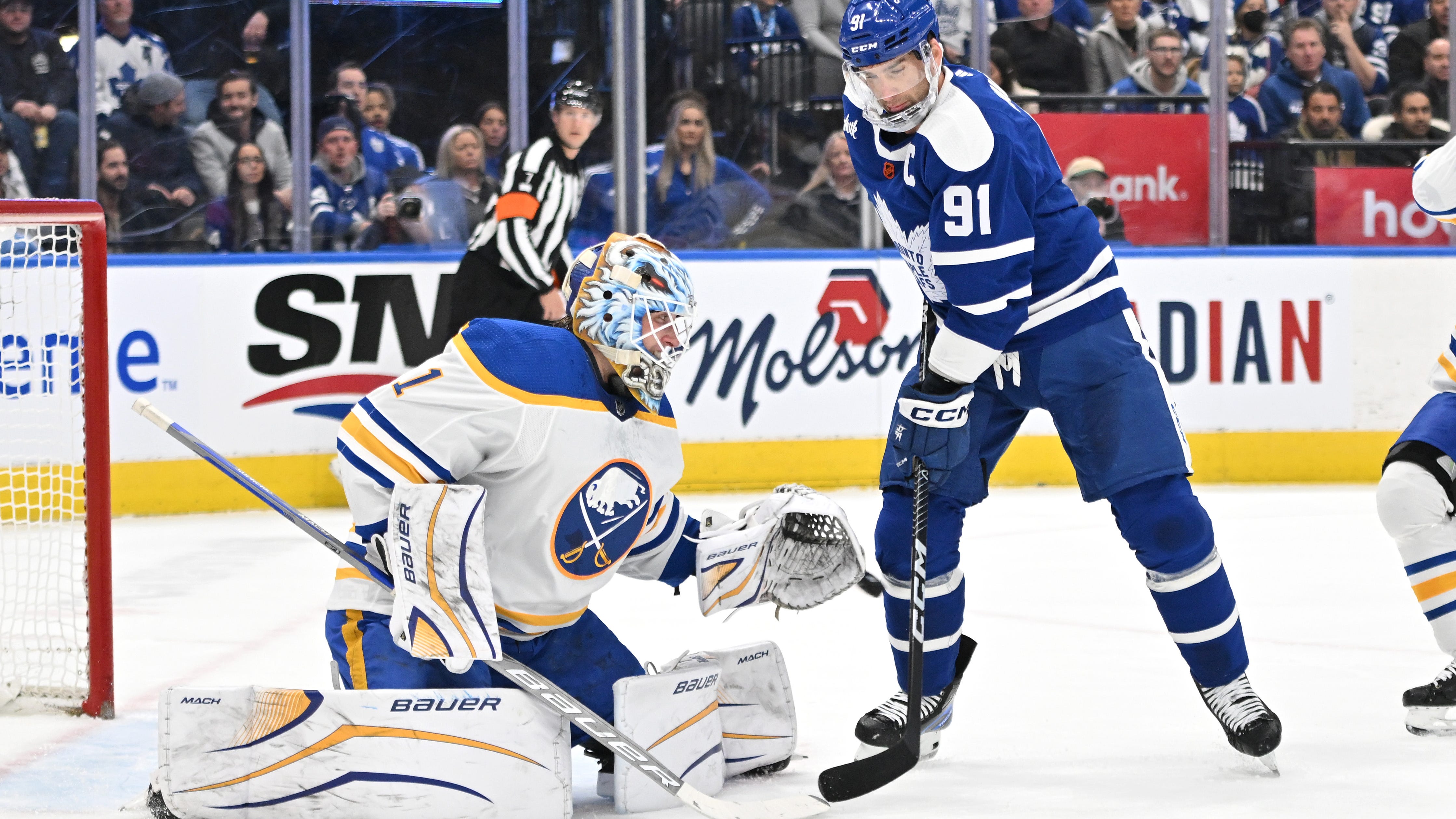 Photo credit Losi and Gangi
We strive to be a platform where varying opinions may be voiced and heard. The views, thoughts, and opinions expressed by the author(s) of this article and/or by those providing comments are theirs alone, and do not represent those of Audacy, Inc. We are not responsible for any damages or losses arising from this article and/or any comment(s).
Featured Image Photo Credit: Dab Hamilton - USA TODAY Sports