During his press conference ahead of the first practice of training camp on Thursday, Buffalo Sabres general manager Kevyn Adams confirmed with the media that the team has stripped Jack Eichel of the captaincy.

"I spoke to Jack two days ago, I spoke to the team yesterday and addressed this, Jack Eichel is no longer the captain of the Buffalo Sabres," Adams said to the media at the arena. "From our perspective, I feel the captain is the heartbeat of your team. We are in a situation from where we were in the past and where we are now that we felt we needed to address that and make that decision."

Adams started off his presser by saying that since this process has begun, Eichel's health has been of most importance.

"As we moved through the offseason, we were hoping to avoid surgery. Unfortunately, Jack did not pass his physical," Adams said. "At this point, Jack is not willing to move forward with what our doctors are suggesting, so we're going to continue to work towards solutions."

Eichel has not been suspended by the Sabres, but Adams said the team will look at everything as the 2021-22 regular season is about to begin.

"That's not something that we take lightly," he said. "There's rules within the [collective bargaining agreement], but we'll continue to look at everything moving forward."

The one thing Adams knows is whatever happens with Eichel is going to define how this team is in the future.

"This is so critical in how we move forward with this franchise, with building the culture and getting the fans to trust this organization. We have to earn that," Adams said.

Eichel reported to Buffalo on Wednesday for his physical with the team, but as expected, he failed his physical. The 24-year-old is no longer in town, but Adams said it's because he cares about the players in the locker room.

"He made it clear to me that he doesn't want to be a distraction," Adams explained. "He doesn't want to take away from what we are trying to build here, so he will continue his rehab not necessarily in this facility."

It was quite obvious throughout the press conference on Thursday that Adams' stance on Eichel's injury hadn't changed.

"We have a player who is resistant to what our experts are saying, and we are going to continue to trust what our medical doctors tell us, which is what's in the best interest of Jack as a human being and as a hockey player," Adams said.

Since taking over as the general manager last summer in Buffalo, Adams has been very consistent with his team's outlook for the short-term, as well as the bigger picture.

"We will stick to the plan, and we're not going to cave or backdown because of pressure or people are saying that you have to do this," Adams said. "We're going to do what we believe is right for this franchise."

Eichel wasn't the only player not ready to take the ice on Thursday. Also missing from the first practice of training camp was defenseman Mattias Samuelsson, who will be out on a week-to-week basis with a foot injury. He blocked a shot late in Friday night's game against the New Jersey Devils in the Sabres Prospects Challenge. 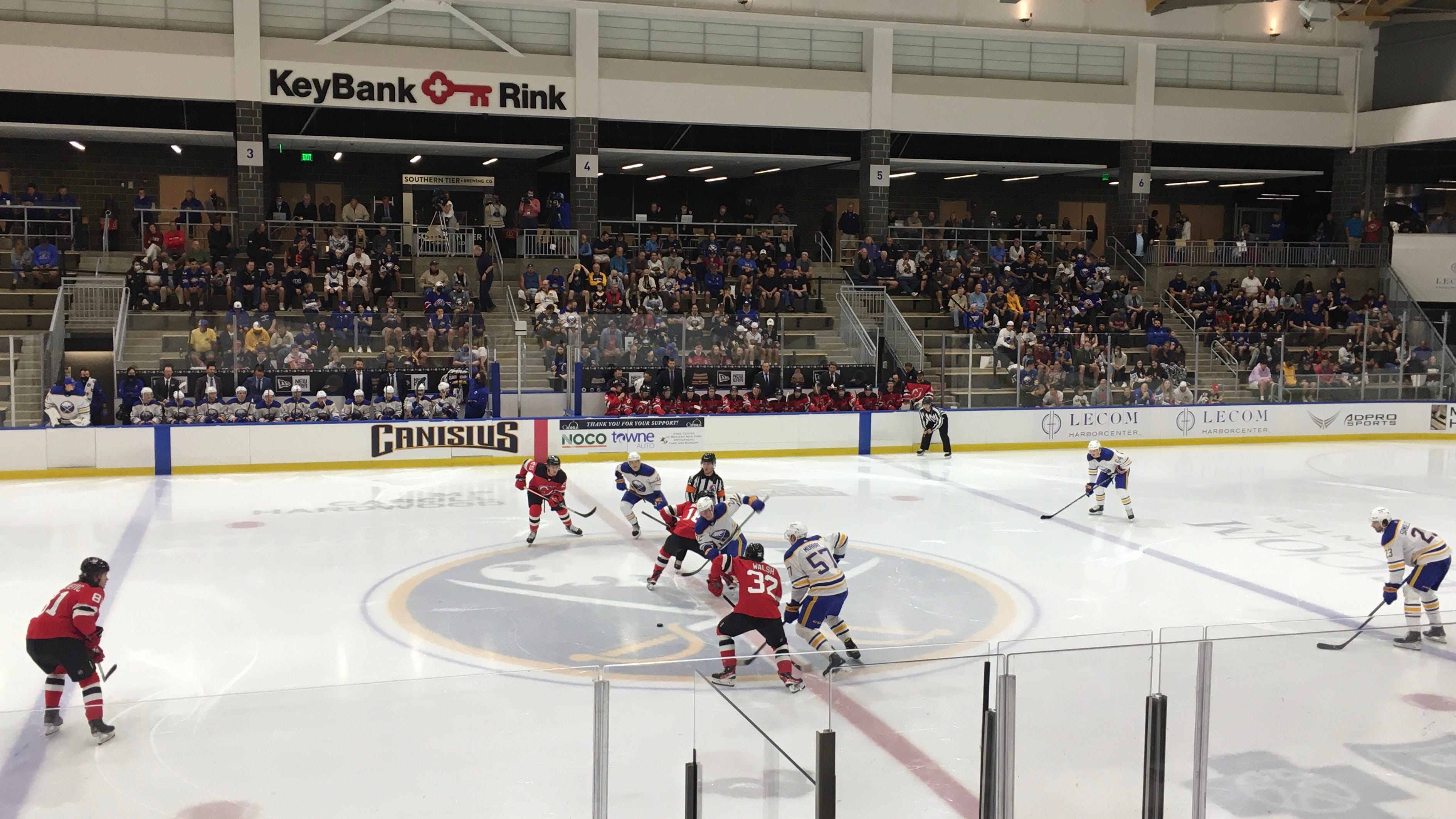 Meanwhile, both Jack Quinn and Brandon Biro skated on their own. Both players are considered day-to-day at this point. But as Rochester Americans head coach Seth Appert said on Saturday, Adams says the team is taking a cautionary approach with Buffalo's first round pick in 2020.

"Jack Quinn is not injured. We're just being careful as he came back from his surgery in the offseason," he said. "Hopefully he'll skate tomorrow with the team."

Sabres head coach Don Granato doesn't want to get too involved in the Eichel dispute. As he has said in the past, Granato is not one to get tied up with drama. 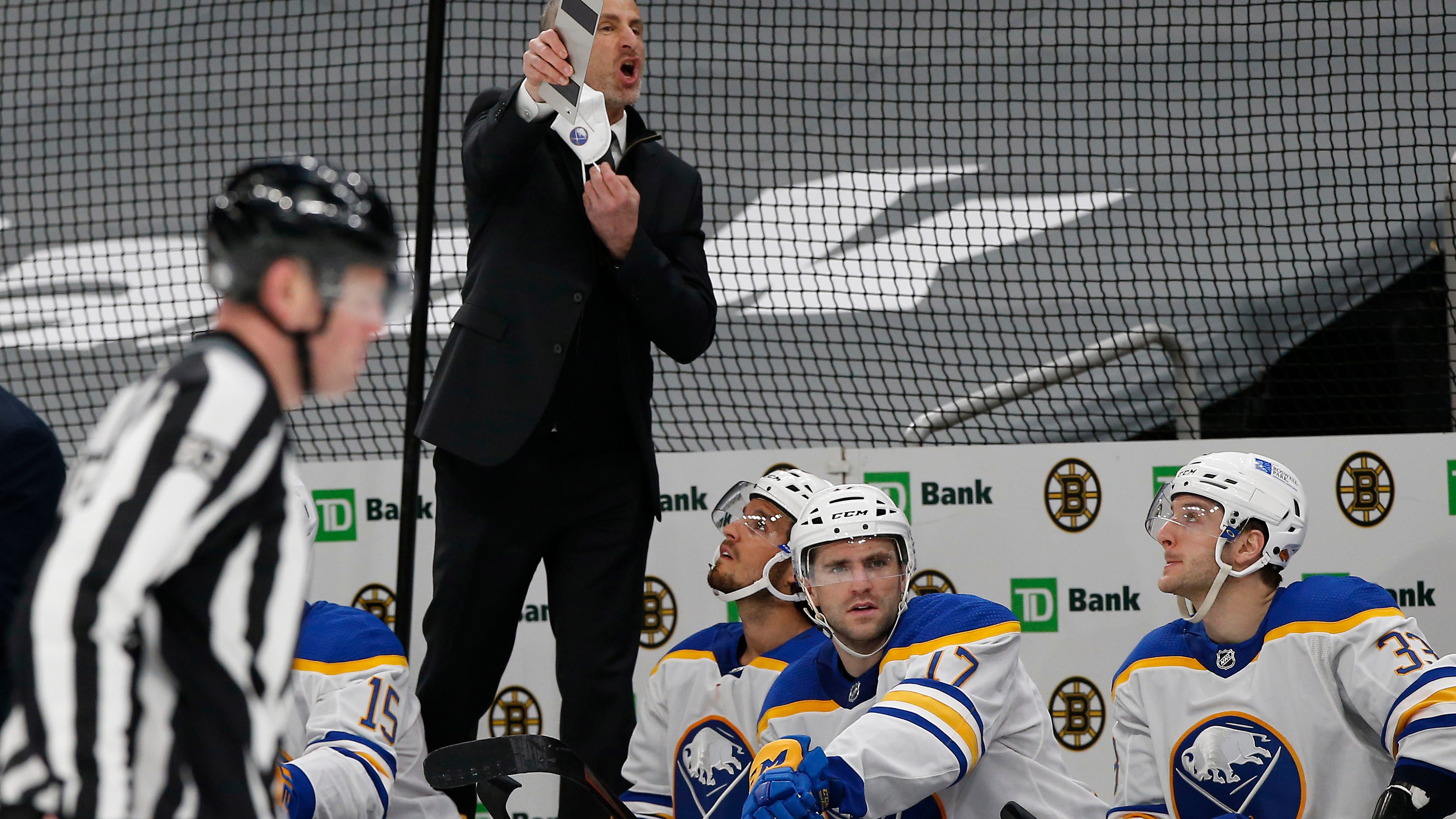 "I got very close with Jack," he explained on Thursday before practice. "I coached him when he was 16-years-old, so this is tough for Jack. What I think is lost in this is this is a guy that just wants to play hockey, and I have a lot of compassion for that.

"I can tell you he was a great captain here, and I think in fairness to him, he can just focus on himself and it alleviates a burden that he takes very seriously."

Here were the lines for both practice sessions on Thursday:

Defenseman Rasmus Dahlin was not present on the ice for practice, but according to Adams, it was just due to "testing and NHL protocols." He is expected to return and be at practice on Friday.

Dahlin has been training in Florida while he waited to agree to terms on a new contract with the Sabres. That got done on Wednesday when he came to terms on a three-year deal with an average annual value of $6 million. 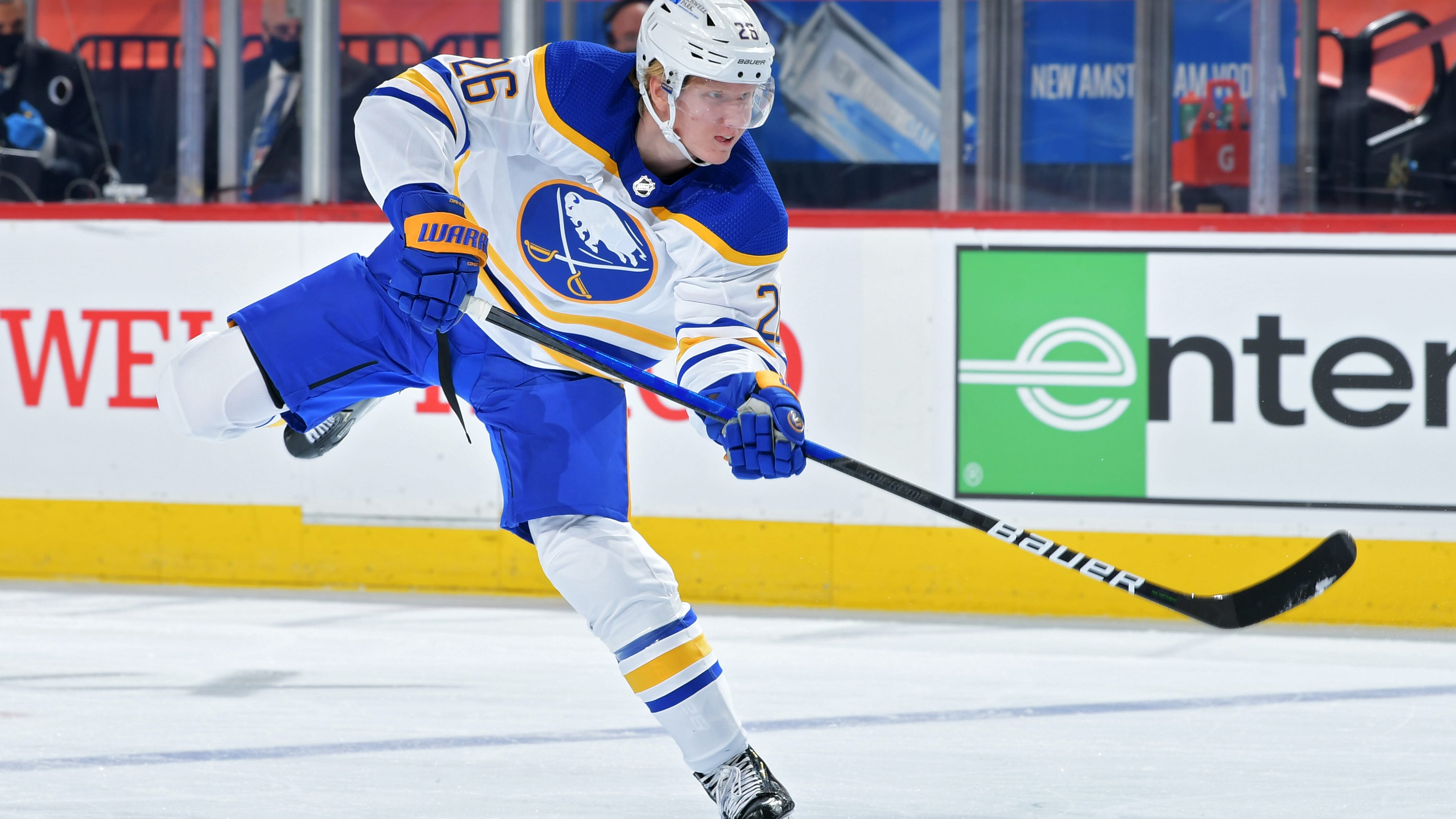 You can listen to Adams' entire press conference below: