Montreal, QC (WGR 550) – The Buffalo Sabres' newest player practiced with the team for the first time on Monday, as Tyson Jost took to the ice after being claimed off waivers from the Minnesota Wild.

“He’s a guy that we look at as a young player, high speed, high skill level, can make plays at a high pace, high character," said general manager Kevyn Adams before practice on Monday. "I had one report back to me saying he’s an elite human being, and those are the type of people we want in this organization. So we just felt like it was the right type of opportunity for us to add talent to the organization.” 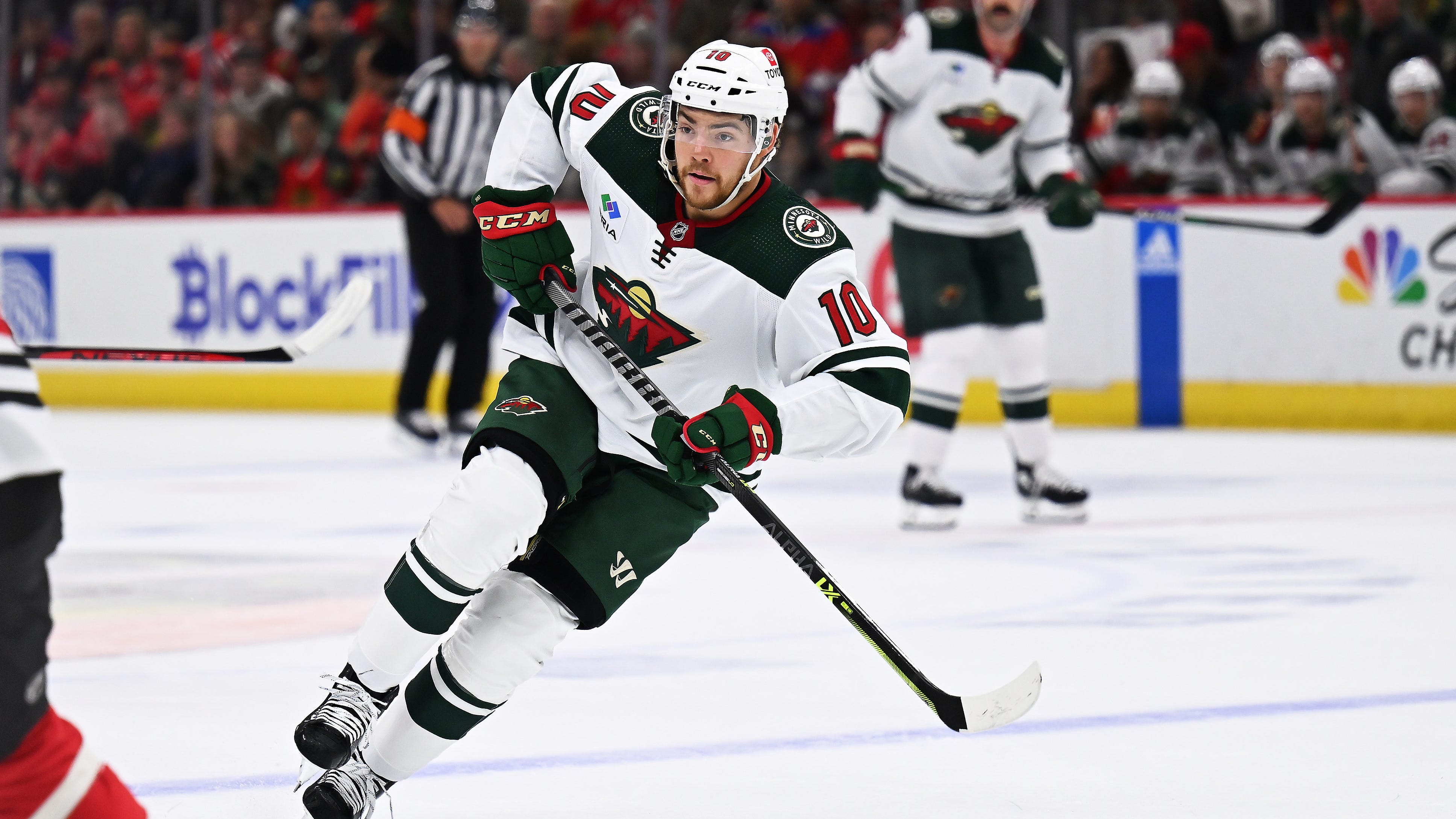 Of course we talked about more than just the addition of Jost.

It’s been my feeling for a while that a big reason why this team went from sixth in the NHL to 29th in just under three weeks is they have four very young players trying to find their way in the league.

Owen Power, Jack Quinn, JJ Peterka and Peyton Krebs have 138 games of NHL experience combined, with Krebs eating up 77 of those games.

“In the offseason, you can go out there and sign three or four guys that have been in the league and are older that give you a little more experience. But what we’re really working towards here is sustainable success, not just a flash of a week here or a month there," Adams said. "We all believe that the way we’re going, to have sustainable success is to have our young core go through these things. So, of course, there’s a balance, but I still do believe that when we look at our young players and you look at the experiences that they’re going through, it’s never a straight line up. But they need to go through this.

“Now the other side is, we’re young. But you also take ‘Okie’ [Kyle Okposo] and Zemgus [Girgensons] out of the lineup and then you even get younger and [lose] their natural presence in the locker room. So we’re committed to how we’re going to build this, and we’re not going to panic or change.”

Of course, I posed the same question to head coach Don Granato about having four really young players developing as the NHL level.

“That is a lot, absolutely," said Granato on Monday. "That is a legitimate observation, and it’s a challenge for those guys. And that number of guys is a challenge.

“You would think, can they develop at the NHL level, and I think they can, we’ve seen that in the past. Then you’ve got to support them. Losing Okposo is enormous and losing [Mattias] Samuelsson is enormous, because it’s more ice-time for Owen and more against top players for Owen. When you put a roster together with young players, you understand that that could happen, and are you willing to take that risk.”

So now that those players have had much more on their plate, does that make them lose confidence when they fail?

“Does it hurt those players’ development? That would be the question and concern," Granato said. "I don’t think it’s going to hurt JJ Peterka or Jack Quinn, so yes, I’d like to win more. It’s a tough act to balance. ... At some point, you’ve got to make a commitment and go with it, and push it and see it through.”

Getting back to Adams about the present situation of an eight-game losing streak, he says the team will need to find a way to break through.

“We’re going to be extremely young, and you’re going to go through ups-and-downs," Adams said. "I’m calm right now, and I think calm is very important, but I’m not comfortable at all. I want to make sure that we have a calmness about this, and know that these experiences are exactly what will help our players grow and get better.”

If you’re looking for a coaching change, it’s not happening or even being considered. Adams says they’re not going to say this is good enough, because it’s not. However, he feels it’s all part of the process.

Samuelsson will return on Tuesday in Montreal against the Canadiens, as will Girgensons, in all likelihood. As far as Okposo goes, his timeline is a little more unclear.

“Kyle did well today. He skated and is much better than he was a few days ago. It’s more days than weeks for Kyle,” Adams said.

Alex Tuch had a maintenance day on Monday, but he'll play in Montreal. With Samuelsson playing, Buffalo will have to make a roster move.