The Buffalo Sabres were hoping for a better matchup against the NHL's newest team, the Seattle Kraken, on Monday night on home ice. Unfortunately, the Kraken picked up where they left off at Climate Pledge Arena back on Nov. 4, and brought a fast start to KeyBank Center.

We fall to the Kraken. pic.twitter.com/Cp8OAFAzde

The Kraken got things started early, and they waited until they were killing a penalty to strike. Kraken forward Yanni Gourde battled Rasmus Dahlin behind the net. Dahlin lost the bottle and Gourde found Carson Soucy in front to put the Kraken in front.

The penalty kill party continued with Brandon Tanev taking advantage of Dahlin at the point, using his physicality to shake the Sabres' defender off the puck. Dahlin skated with Tanev the entire way back, but it wasn't enough to keep out Seattle's second shorthanded goal on the game.

Both goals were first shorthanded goals in Kraken franchise history.

Jared McCann would score later in the first to make the score 3-0 for Seattle. From there, the Sabres tried to battle back, but every time they answered, the Kraken came back and re-gained their three-goal lead.

Sabres forward Brett Murray attempted to get the comeback effort started for Buffalo. Murray potted his first NHL goal on a good rush with Dylan Cozens and Kyle Okposo. Okposo took a nice shot that caromed a perfect rebound to Murray's stick, and the rookie forward knew exactly what to do with it.

From there, the Sabres and Kraken would trade goals back-and-forth, fighting each for two- and three-goal leads until a final score of 7-4 after Mason Appleton scored the empty netter to ice the game.

Let's take a look at our three observations of the game: 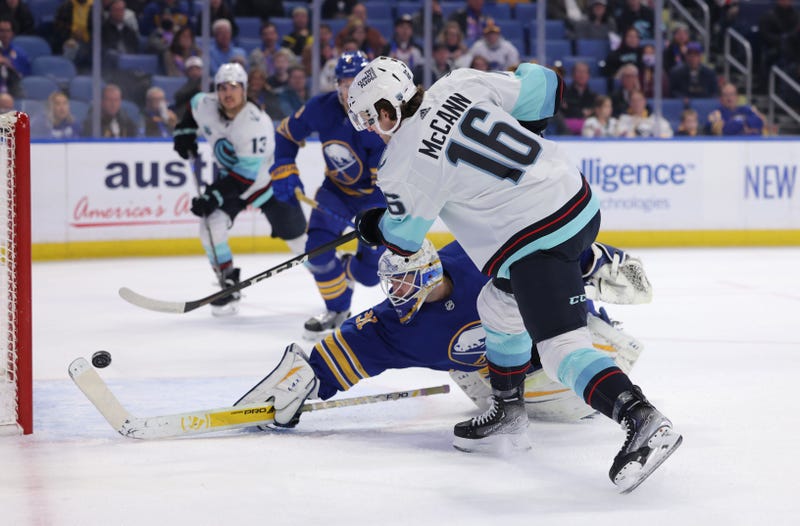 Sabres goalies have had a pretty rough go of it over the past few weeks.

Aaron Dell hasn't seen a start since being pulled against the Boston Bruins this past Wednesday, making way for Dustin Tokarski.

Tokarski, to his credit, fought back with a big performance against the Montreal Canadiens on Friday, but after dropping the game against the Red Wings in overtime off a goal, where Tokarski even admitted he should make the save, he followed it up with a performance that saw him give up two shorthanded goals.

While not the entire reason they lost, the Sabres can't keep scoring goals like they have been and still lose games. Games where you score four goals are games you should be winning. 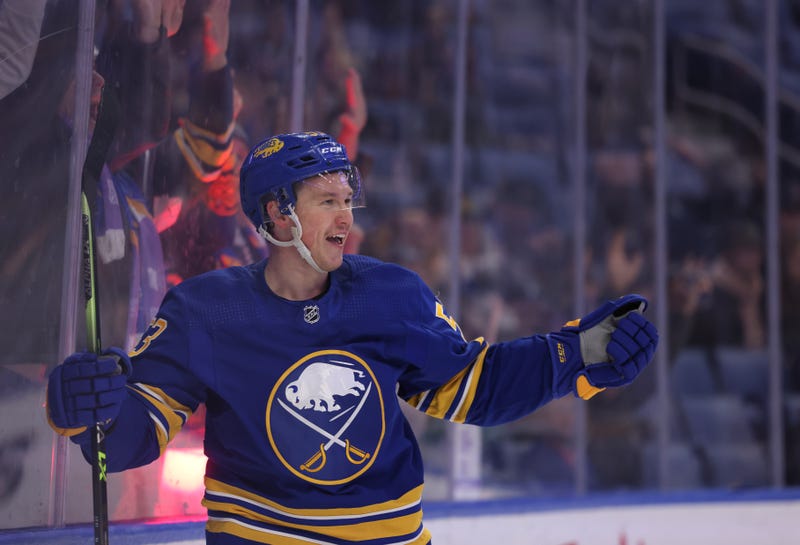 2.) Skinner back to his scoring ways

Jeff Skinner has been noticeable this year, and especially in the last few games.

After potting the game-tying goal against Detroit on Saturday, Skinner kept the magic going on Monday night.

Both goals he scored brought the Sabres to within two goals each time, and each time, the Sabres weren't able to hold the Kraken off for long. The Kraken waited a bit longer their next time out to re-gain the lead, but the Sabres have to figure out how to capitalize on their goals by applying more pressure to the opponent after scoring. 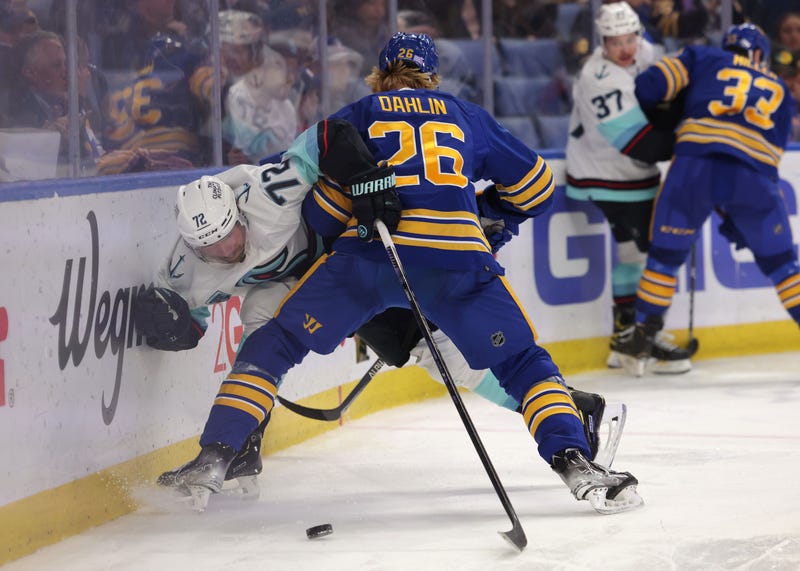 In Game 219 for Rasmus Dahlin, he had another one that he definitely will want back.

Well, he had a couple, actually.

Dahlin's defensive play has been under the microscope for a while, and he had two glaring mistakes on Monday that lead directly to Seattle's first two goals.

Dahlin never saw a drop in ice-time and retained his spot on the top power play for the entire night, but mistakes like what he made have to have Sabres head coach Don Granato thinking of giving him a different role with the power play during practice over the next few days.

The Sabres travel to South Florida on Thursday night to visit old friend, Sam Reinhart and the Florida Panthers at FLA Live Arena.

Sabres pregame coverage with Schopp and the Bulldog starts at 6 p.m. EST with puck drop scheduled for just after 7 p.m. EST on the radio home of the Sabres - WGR Sports Radio 550.