The Buffalo Sabres were in need of some form of reset.

After losing four-straight games regulation, the Sabres found the Montreal Canadiens on their doorstop on Friday, and sent them packing almost as soon as the opening faceoff.

The Sabres opened the scoring off a goal from Tage Thompson in the first period. Sabres forward Jeff Skinner won a battle along the boards and found a streaking Thompson in the slot to put the Sabres ahead early.

Montreal caught a break with just about seven minutes to go, as Josh Anderson took the puck away from Skinner in the slot and caught Sabres goaltender Dustin Tokarski off guard.

Buffalo and Montreal would battle through the next 15 minutes or so deadlocked, but the Sabres found offense from an unusual source to go ahead.

Forward Cody Eakin entered the zone and waited for Vinnie Hinostroza, who danced through the offensive zone and found an open Eakin for the give-and-go one-timer and the go-ahead goal.

Kyle Okposo and Thompson added insurance markers later, and it was the Sabres who came away victorious in Buffalo. 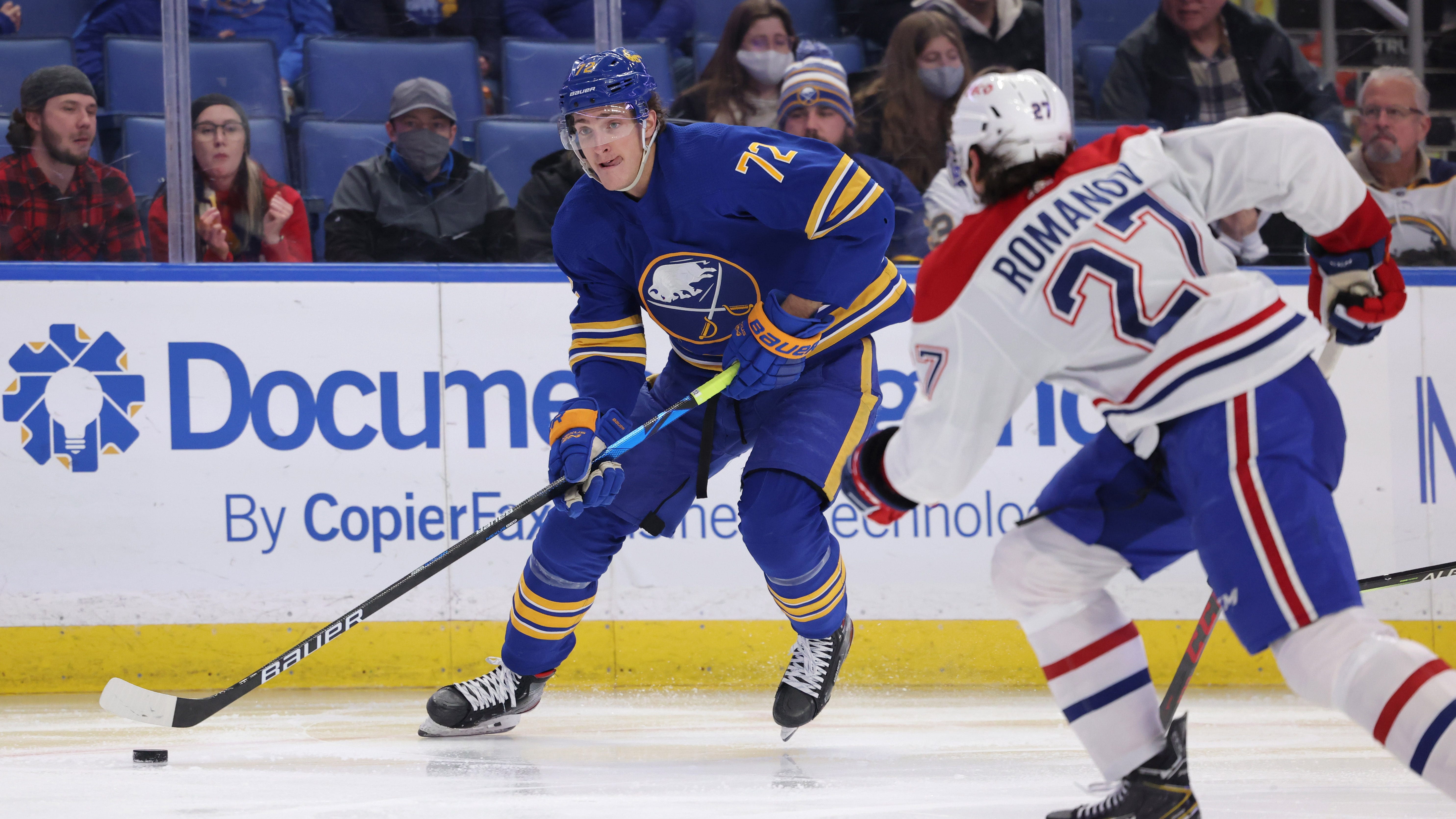 Let's see what we observed throughout the game: 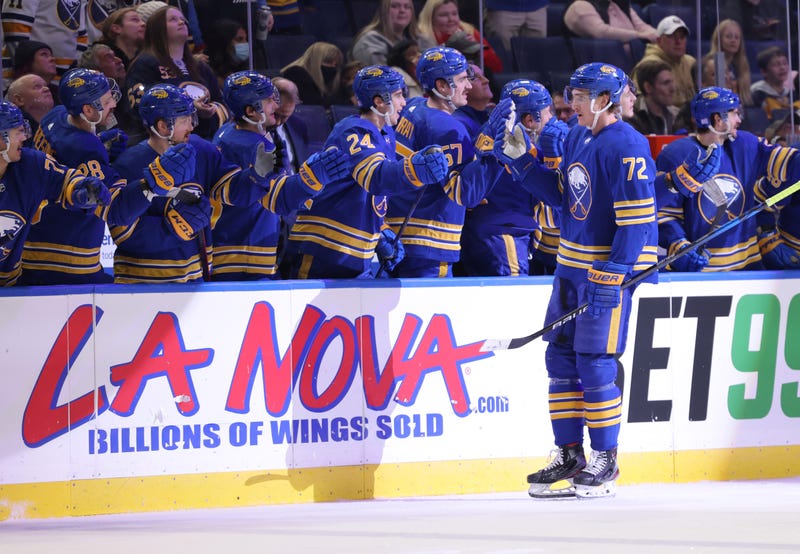 In his fifth professional season, Thompson has finally arrived.

Thompson joined the Sabres to start the 2018-19 season as part of the infamous Ryan O'Reilly trade that sent the Sabres former star to the St. Louis Blues. Thompson came over with forwards Vladimir Sobotka and Patrik Berglund, as well as two draft picks.

At this point, Thompson is the only one of the three players who remains active in the league. Buffalo also awaits one of the prospects drafted with the picks from that trade in defenseman Ryan Johnson.

Thompson has scored five goals in his last four games, and at this point, has already broken his career high for goals and points in a season with his two markers on Friday. 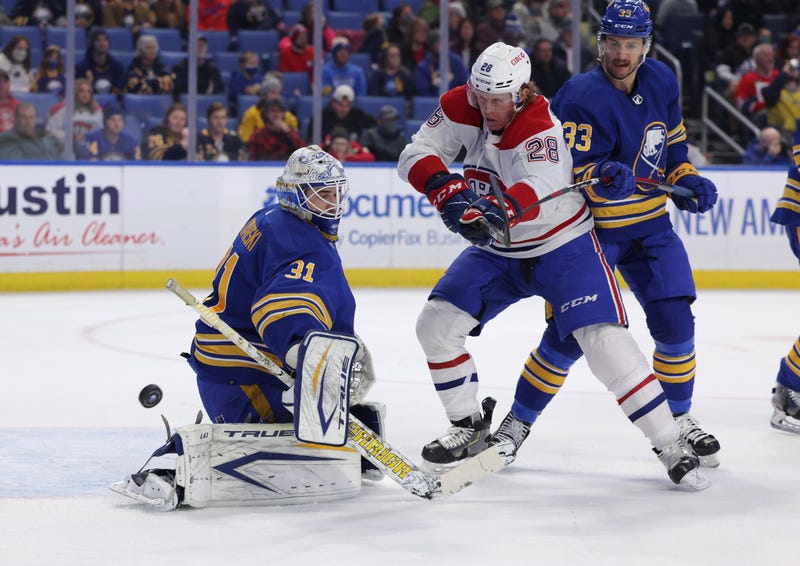 2.) Tokarski gets things stabilized in net

Over the last four games, the Sabres were allowing over five goals a game between the tandem of Tokarski and Aaron Dell.

Dell had started two of those four games with Tokarski starting the others. Tokarski was pulled in both his starts against the Calgary Flames and Columbus Blue Jackets.

Meanwhile, Dell stayed in net for the entirety of the New York game where he gave up a go-ahead goal to the Rangers with 0.7 seconds remaining in regulation. Dell gave up four first period goals on Wednesday night against the Boston Bruins and ceded the net back over to Tokarski. Tokarski didn't allow a goal until late, and seemed to get things figured out while playing.

Tokarski brought that stability to the net on Friday, facing only 26 shots and turning aside 25 of those chances. The only goal he gave up was an early goal off a turnover from Skinner. 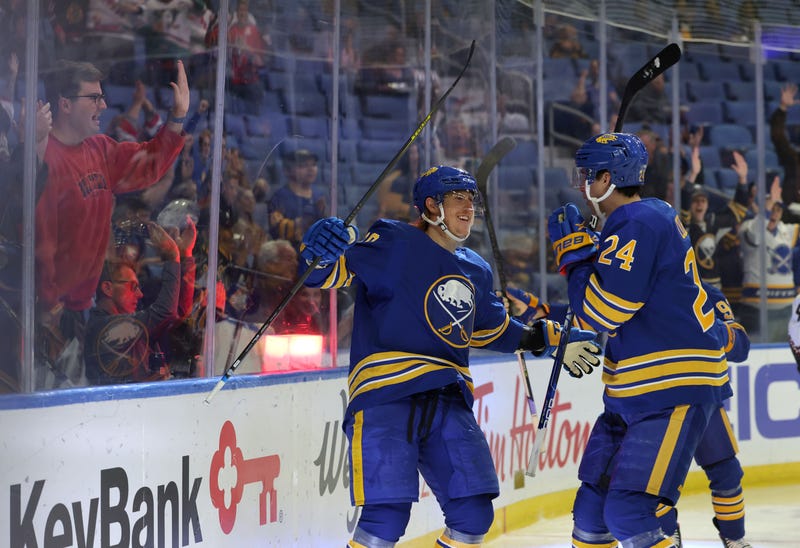 Eakin had a tough go of things in his first season with the Sabres. He scored just three goals last season, and it was questionable whether he'd even be a regular lineup piece, as Buffalo entered the 2021-22 season.

The veteran center is enjoying a renewed sense of trust from head coach Don Granato, and it's paying off.

Eakin was the primary force behind the play where he scored the game-winner, entering the zone and finding Vinnie Hinostroza, who used his speed to draw the defense toward him before returning the puck to a wide-open Eakin to jam it home. He also added an assist on Okposo's shorthanded insurance marker.

The Sabres will hop on an airplane and head straight for Detroit to take on the Red Wings on Saturday night at Little Caesars Arena.