Buffalo, N.Y. (WGR 550) – Thursday was quite a night for Ryan Miller and the Buffalo Sabres. The team pulled off a Class-A ceremony for Miller, inducting him into the Sabres Hall of Fame and retiring his No. 30 to the rafters.

As for the team, the players fed off the great sellout crowd to come-from-behind and beat the New York Islanders, 3-2, just 12 seconds into overtime.

Miller was surrounded by family and former teammates on Thursday as he was honored, and he was so appreciative of the entire event.

“It was awesome," said Miller shortly after the ceremony. "It was good to be back in front of the crowd. It’s something you start to get used to as a player, and then you don’t have that around, especially the Buffalo crowd.

“Coming back here, they give you the nice one and that was always awesome. But this is a special one, and I’ve been looking forward to being able to reconnect and see people, and be here. I do feel that I am a Sabre, so it’s nice to do that more.”

Some of the players that came back to celebrate with Miller were Thomas Vanek, Tim Connolly, Jason Pominville, Henrik Tallinder, J.P. Dumont and Derek Roy.

“It was a little surreal. You just think of them like the boys," Miller said. "We’ve been keeping in touch here and there, but everyone is living their life and it’s hard to get together. But it means a lot that they would come and take away from their families to show up. That means a lot to me, and I do hope that’s a nice way for us to stay connected."

Miller says he was happy he was surrounded by his family, as the banner went up to the rafters.

“I’m glad my family could be there," he said. "The kids were there, and Bodhi’s old enough to take this all in. There can only be so many stories before you actually have to show the kid where it all happened. So it’s nice to have him around Buffalo.”

Miller was asked what he is most proud of during his time in Buffalo.

“It’s hard to pick one moment," he admitted. "I just loved playing with the guys and the feeling of winning the game. I thought we did it the right way, we built it together as a group.

“I know these guys have been saying nice things about me, but I could equally say it about them. How much of an impact we had on each other.”

Miller went out of his way to mention the coaching staff and all the current players who sat on the bench and watched the ceremony. Miller wanted to bring them into it.

“I just think they deserve some credit for making improvements," the former Sabres goalie said. "They have a nice attitude, and they have an extreme amount of talent. It’s been good to see, and they have a real good chance to be a really good team.”

Miller says this wasn’t closure for him in Western New York. He feels it was just a matter of getting reacclimated.

"I didn’t need a reason to come back, but it’s great to have a reason," Miller said. "We’ve all been kept away from things over the last couple of years. There is a bit of closure on the playing side, but I think my relationship with people here went beyond being at the rink. So it’s good to see everybody again, and figure out a new way to do it and have some fun doing it.”

The Anaheim Ducks will be in Buffalo on Saturday afternoon. They won in Columbus on Thursday, and will practice in town on Friday. Miller spent four years with the Ducks, playing 87 games, so he’s staying in Buffalo and will drop the puck for Saturday's game.

When Buffalo played in Chicago on Tuesday, the Blackhawks were the worst team in the NHL. Chicago has jumped to 30th with a points percentage of .349, while Anaheim is 31st at .337. The Columbus Blue Jackets are now the league’s worst team at .311.

Chicago has since won games in Philadelphia over the Flyers, and has won five out of six games.

You’ll also be able to hear Miller during one of our intermissions on Saturday. Join Brian Koziol at 11:30 a.m. EST for pregame coverage on WGR. 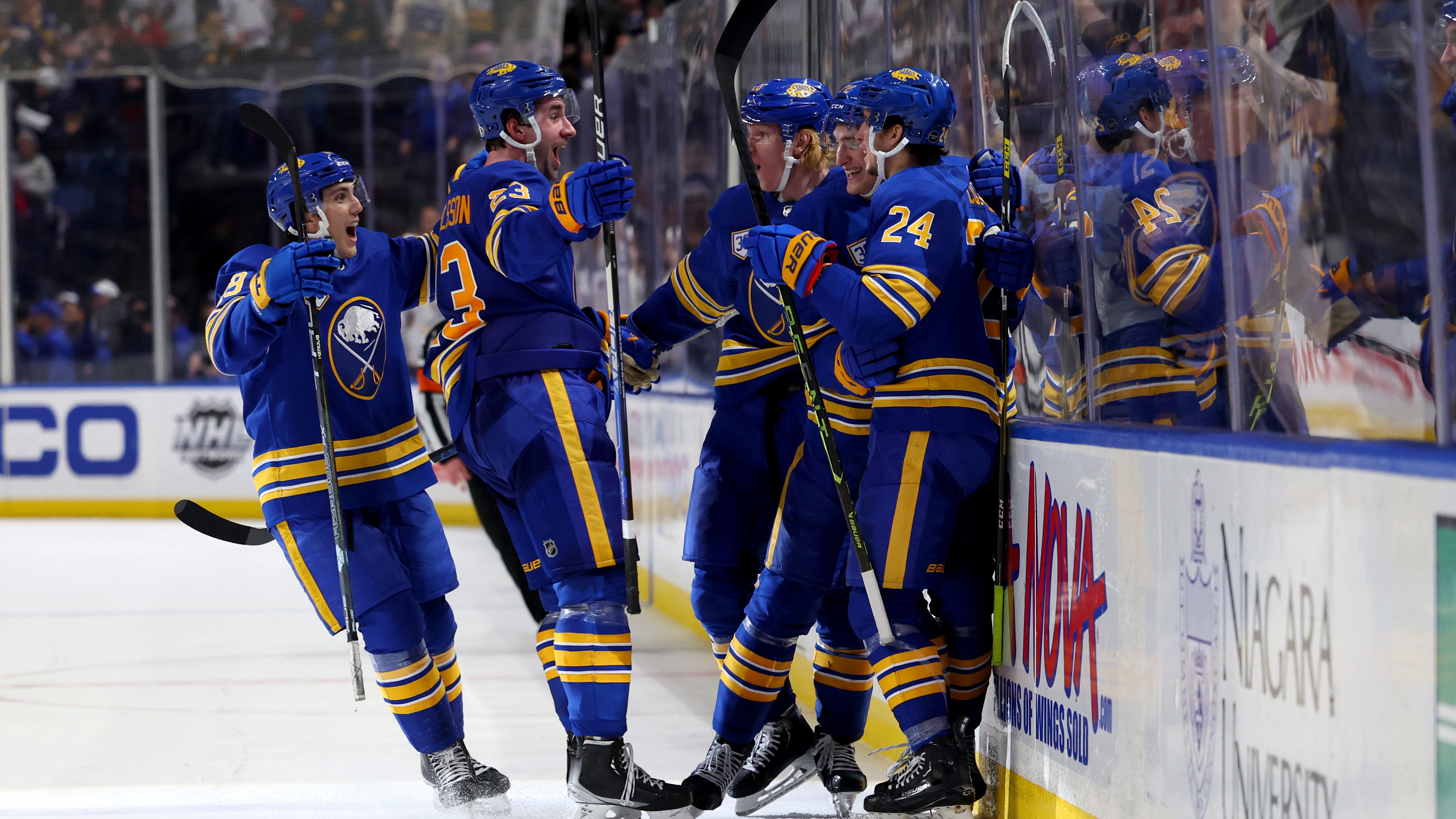