Nothing to see here.

That was the collective downplaying by many in the national media of supposed workaholic Tom Brady's abrupt departure from Buccaneers camp, officially for "personal reasons."

Strangely, in a league where sensitive stories such as the Deshaun Watson suspension proceedings are routinely leaked, no one had any clue Brady's hiatus was in the offing, nor how to explain it.

The Buccaneers claimed the absence was planned at the outset of camp, but if that were the case, why didn't they get out in front of it sooner? It also doesn't explain the seemingly contradictory responses to the news from some of Brady's own teammates, one of which had a notably ominous reaction. 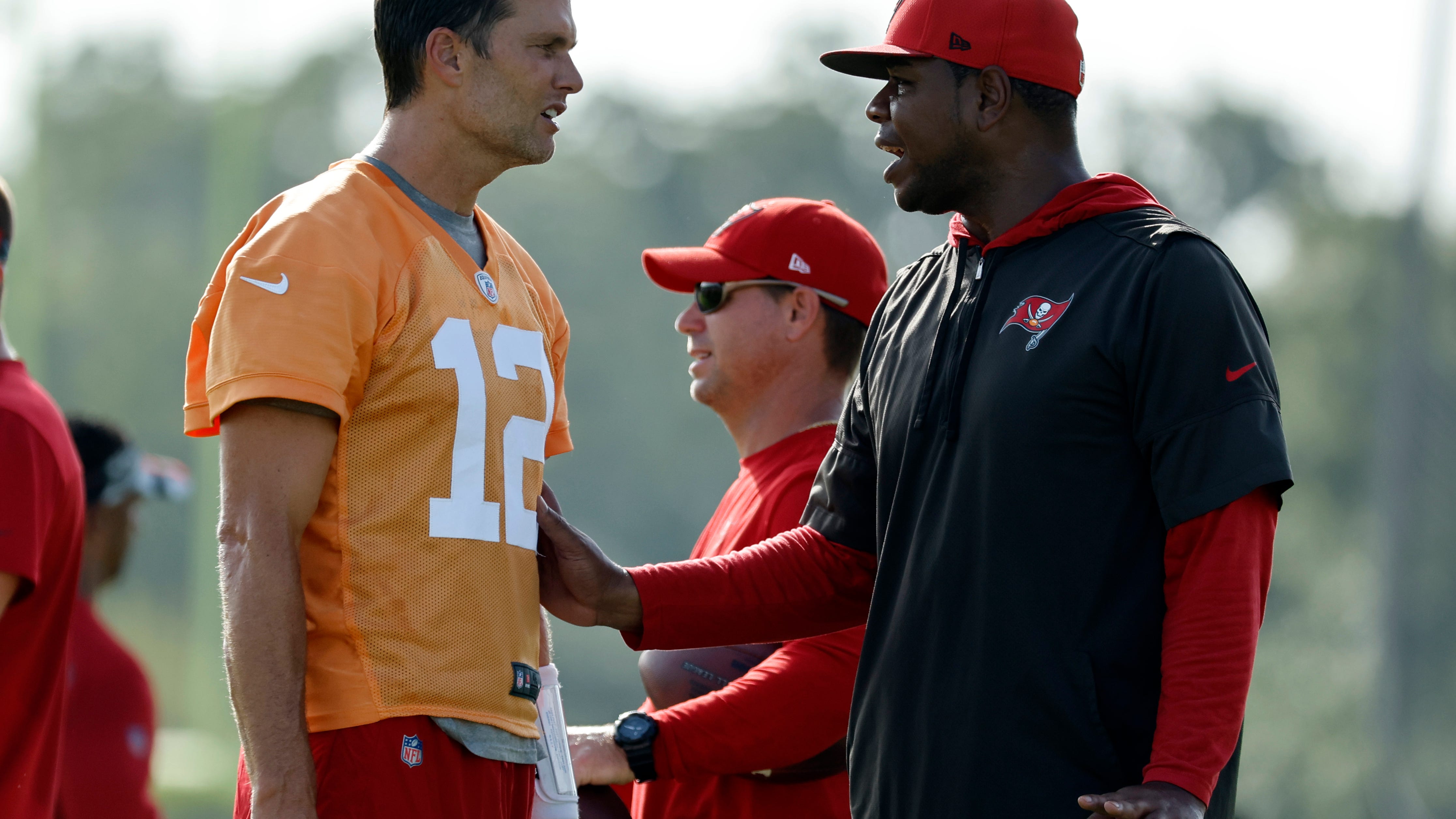 Yet, meanwhile, some newsbreakers and hot-take purveyors proudly declined to even feign interest in the odd development, let alone criticize Brady for it.

Longtime NFL insider Peter King, for one, licked Brady's boots to a high shine while seemingly relishing in abdicating his responsibility to dig further into the matter. King preposterously suggested he would have told Brady to take even more time off if it were up to him.

I think I feel strongly about this Tom Brady deal about taking 10 days off for a personal matter in the middle of training camp. Very strongly. Brady has so much currency in the bank with coaches and teams regarding dedication to the job and devotion to his craft that when he comes to the Bucs and says he needs 10 days away, my response would be: “Take more if you need it.”

I don’t care to speculate on what it might be. He deserves the right to call his shot here and to keep the reason to himself.

Fox Sports bigmouth Colin Cowherd, meanwhile, was seemingly just as servile, dishing up a series of nonsensical family-related excuses for the future of Hall of Famer, during which he claimed to have just learned about Brady's 2019 flirtation with the Dolphins -- something that had been reported months earlier:

"I have no idea what it is," Cowherd said. "I just found out about two weeks ago that Tom Brady was talking about being an owner of the Dolphins while he was a Patriot, so I'm not going to try to guess. Tom Brady does a lot of stuff and doesn't have to tell us. But Brady's literally been the guy who doesn't miss a snap, and so he decides, you know, he had a pre-planned 10-day break. My guess -- total guess -- is, he retired, and he made certain promises to his family. And he's got six or seven homes all across the country, one's up in Montana, and he said 'let's go on a two-week vacation in August in Montana,' and he didn't want to break the promise. ... And so he said, 'I'm going to take a two-week break.'

"I don't think it matters. Aaron Rodgers almost never plays in the preseason. I don't think chemistry's an issue. This is his third year with all the guys. It's a terrible division -- they're going to win it going away."

On ESPN, former NFL stars turned on-air analysts Chris Canty and Harry Douglas expressed little concern to none at all, while Emily Kaplan cited Brady's "maniacal" preparation for her lack of interest in the story.

But there's much more nuance to the story than Brady's toadies would have us believe.

Even before his absence from camp, Brady's commitment to the Bucs was clearly in question. He was plotting to join the Dolphins, possibly as owner/player, on at least two occasions, including as recently as last offseason -- until Brian Flores' racial discrimination lawsuit forced a change of plans.

Similarly, Brady's bizarre retirement stunt laid bare his friction with former Bucs head coach Bruce Arians, who promptly stepped down without warning shortly after Brady's return, in the middle of the offseason.

Once in camp, Brady was reported to have looked "miserable" shortly before stepping away. With a revamped offensive line protecting him and a couple of his favorite targets no longer on the roster, it seems Brady just hasn't been feeling it.

Thankfully there's at least a few journalists doing their jobs in earnest.

Longtime Tampa Bay Times reporter Rick Stroud, for one, has voiced his concerns about Brady.

"I don't know what to make of it," Stroud recently said on The Rich Eisen Show. "The thing is, what's unusual about it for me, is they had a chance to get out in front of this. Last week, it was his birthday, and he's now missed three of the last six practices. Last week they told us, they had a day off, and then he didn't work on his birthday, then he was off for personal reasons after that. And they had every opportunity to say, 'Look, he's going to be missing some time. He's going to practice a few days next week, then he's going to be gone until after Tennessee' -- and they didn't do that. And I don't know why they didn't choose to do it. It seems like a natural time to let everybody know about this thing that had been planned -- before training camp?"

Ben Volin of The Boston Globe, who reported that Brady "looked miserable," shared a similar take as Stroud on Cowherd's show:

"I definitely question where his head's at. ... It does seem like Brady is not 100% focused on football right now."

In Volin's estimation, Brady's primary focus now isn't merely on playing, but instead on becoming an owner in the NFL:

"The only thing I think is unseemly is how going back to the 2019 season, he's signing a new contract with the Patriots. He's saying, 'I'm all in, I'm focused,' and literally at the same time, he's flirting with the Dolphins again, and all throughout that 2019 season, which did not go well for the Patriots, Brady is worried more about his future destination than playing quarterback."

Indeed, Brady, by his own admission, has never been forthcoming about, well, much of anything at all. Sure, that is his right. But it is also the responsibility of the media to keep him honest as much as possible, an obligation that many hero-worshipping, favor-currying journalists seem all too happy to ignore. 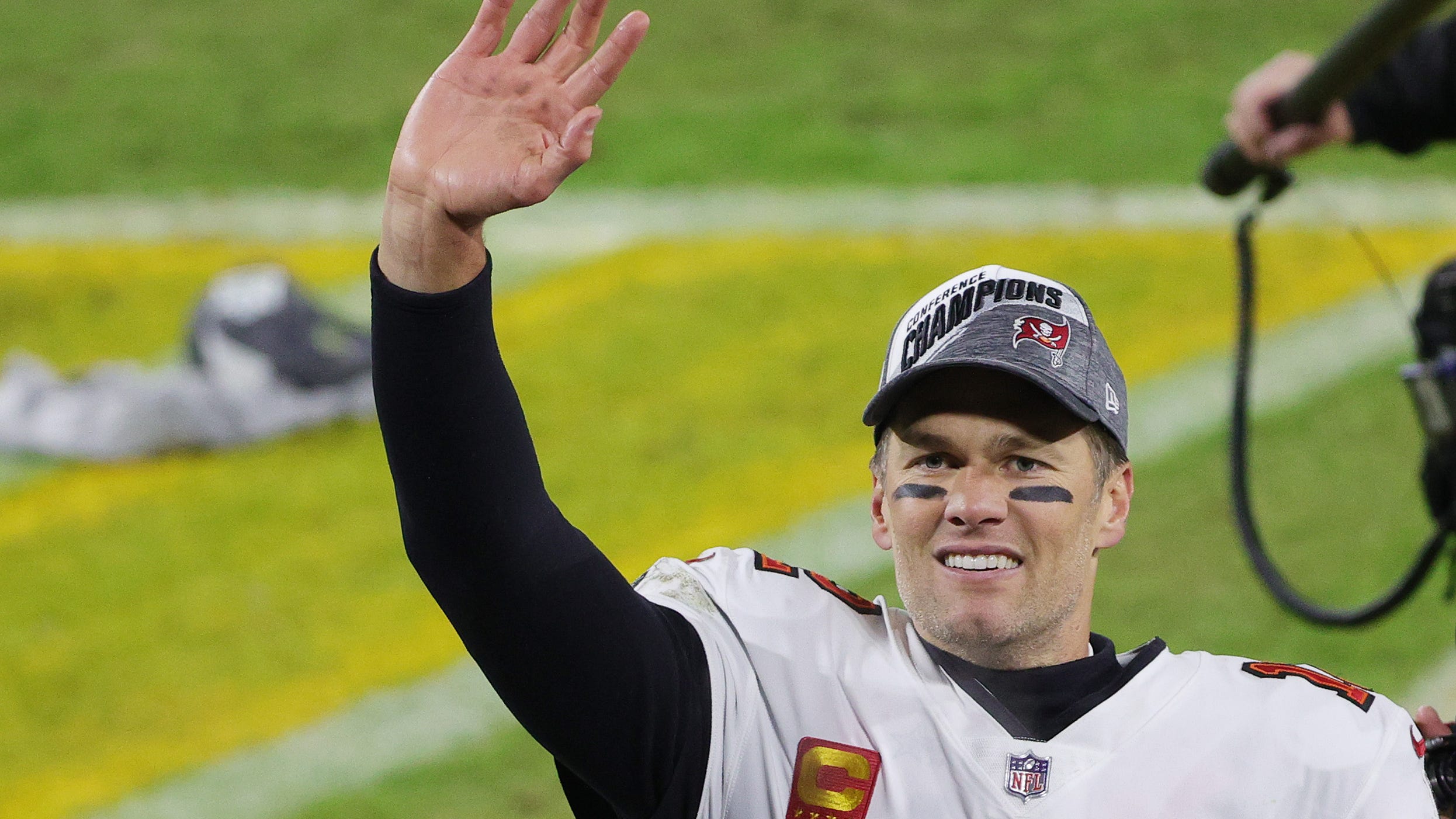 Tom Brady sits on a throne of lies

The bottom line is, Brady is and always has been concerned first and foremost about No. 1. Again, this is not unusual nor is it a criminal offense, but it is surfacing in a new and undeniable way which could have very real consequences for his team, one that has seen more than its share of upheaval. That is a burden the Bucs and their fans must bear for the grand Faustian bargain that brought them a Super Bowl title.

Brady is an undisputed GOAT, but his vanishing act from camp while his teammates sweat through the dog days of August lays bare his selfishness and, if nothing else, should finally put to rest the myth of his supposed workaholic tendencies. But you wouldn't know that from following the Kings and Cowherds of the world.