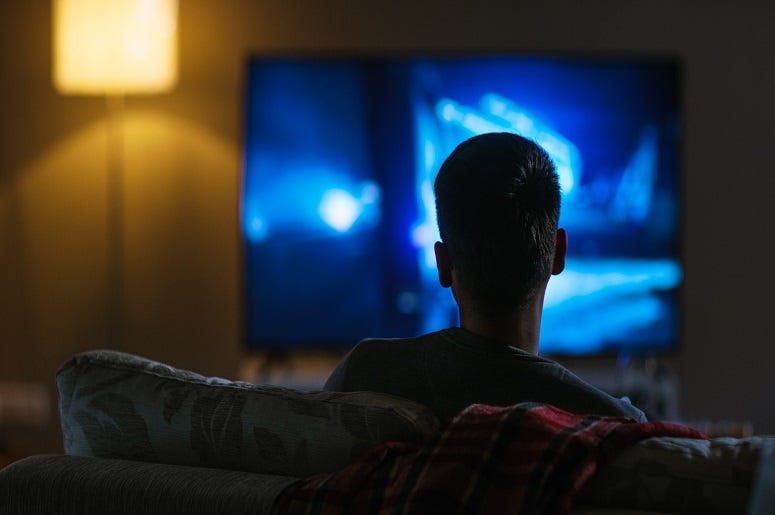 Now that we're all in quarantine, you have time to watch those movies you never got around to seeing before or haven't seen in a long time. This is a list of movies I love (plus one suggestion from Slats) that I think you should watch while in quarantine. Some of them are older, some of them just came out last year. All of them are films everybody needs to watch.

1) I, Tonya (2017) - This is easily one of my favorite movies of all time. I could watch this on repeat forever and never get tired of it. People love Margot Robbie as Harley Quinn, but her portrayal of Tonya Harding is outstanding and, in my opinion, a role that solidifies her as one of the greats. Allison Janney plays her mom and it's by far her best role. She deserved her Oscar for this role. It's hilarious but heartbreaking- you might find yourself tear eyed (or completely bawling) when Tonya is told she can no longer ice skate. I walked out of this movie on Tonya Harding's side and by the end, you might feel the same way.

2) Room (2015) - I love Brie Larson and watched her win an Oscar for her role in this film before I saw it. I happened upon the book not long after, finished it in three days, then immediately watched the movie. Holy cow, it is intense. It's the story of a woman who has been held captive and gave birth to her son (Jacob Trembley) while in captivity. After their escape, Larson's character has to navigate a world she hasn't seen in almost a decade while her son has to navigate a world he never knew existed. The acting is phenomenal and the film is a great adaptation of the book, which is not an easy thing for me to say as I'm pretty judgemental on book to film adaptions (I'm looking at you, My Sister's Keeper).

3) Spider-Man: Into the Spider-Verse (2018) - Man, this is one of those animnated films that's great for people of all ages. After being bit by a radioactive spider (as most Spider-Man stories begin), Miles Morales It's hilarious, well written, and is such a fun way to show us all these different versions of Spider-Man (and Spider Gwen) from their respective universes. The animation is incredible and feels like an actual comic book come to life. It's unlike any other other animated film I've seen.

4) Knives Out (2019) - My fiance and I just watched this movie over the weekend and it was so good. It was a really fun take on the classic whodunnit trope, with Daniel Craig playing a private investigator with a classic molasses Southern accent. Do you need to watch something to disassociate Chris Evans with Captain America? Then this is the film for you, because he is nothing like our trusty Steve Rogers. It's a wild ride the entire time.

5) Judy (2019) - This reccommendation comes from Slats, who says it's the best movie he's seen in quarantine. The film takes place in the last few years of Judy Garland's life, with flashbacks that would eventually lead to her demise. I haven't seen it (but I want to), but Slats says that it's very easy to see why Renee Zellweger won the Oscar for this movie.

6) Isle of Dogs (2018) - Though animated, this one probably isn't best for the kids. Regardless, it's an incredible film with amazing animation. After all the dogs are banished to Trash Island, a child makes his way there in an attempt to find his beloved canine and bring the dogs back to Megasaki City. By the film's end, you'll be hugging your dog tightly.

7) Cabin in the Woods (2012) - This movie is one of my favorite horror films of all time. It's so funny and so creative. In order to keep the world from falling apart by a giant, god-like being, there is an annual sacrifice of young adults. That's right- all your classic horror movie tropes being run by people in an underground lab who have complete and total control over the situation.

8) Lady Bird (2017) - Saoirse Ronan stars in this coming of age film about a teenager in the early 2000s living in Sacremento. She and her mom don't have the best relationship, but Lady Bird wants to go on to do incredible things in New York City. She learns about boys, friendship, and herself in this wonderfully acted story about being an ambitious teenage girl.

9) 1917 (2019) - I've said it before and I'll say it again- this is one of the best, most well executed films ever. Telling the story as one continuous shot, two men in World War I are tasked with delivering a message in less than 24 hours. But to deliver that message, they have to cross into German territory. But if they can make it, the message could save the lives of 1,600 men. I like to put my phone away during any movie I watch (in the theatre or at home), but this is definitely a film you have to watch with zero distractions so you can appreciate it for what it is.

10) A Star is Born (2018) - The best adaptation of this story. Lady Gaga is the complete opposite of Lady Gaga in this film. And who knew Bradley Cooper could sing? Cooper plays Jackson Maine, as a famous rock/country artist whose career and life are going downhill. Gaga plays Ally, a young rising star whose own fame begins to eclipse his. The music in it is so good (Shallow is the song my fiance wants our first dance to be at our wedding) and Gaga's acting is superb.