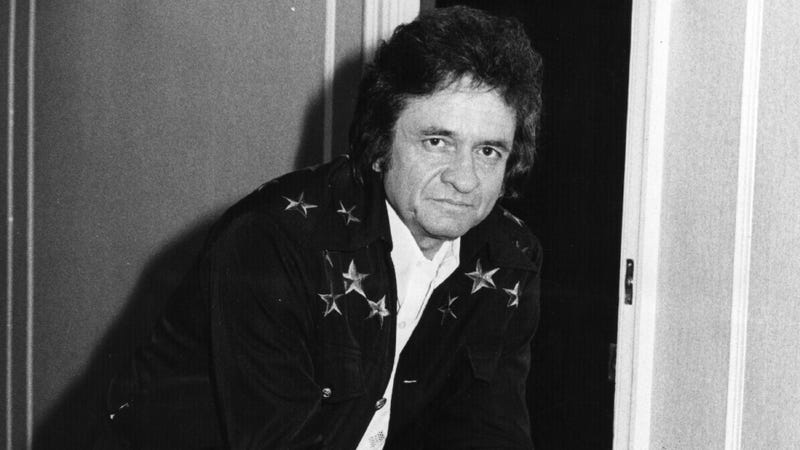 All eyes are on Kingsland, Arkansas this week after a literal leaky photo of Johnny Cash was released.

The town, known for being Cash’s birthplace, is marked with a water tower featuring a silhouette of the hometown hero on the side. Over the weekend, the landmark was struck with a bullet, which caused the tower to leak, right where Cash would take a leak and the puns are endless!

“Whoever shot the Kingsland, AR water tower is a good shot,” a tweet featuring a photo of the leak says. “Looks like the silhouette of Johnny Cash has got to go!”

Whoever shot the Kingsland, AR water tower is a good shot.

Looks like the silhouette of Johnny Cash has got to go! pic.twitter.com/suGV4v7vti

While social media is having a field day with the whole situation, Kingsland City council is not amused. “Kingsland received a $300,000 grant that we used to entirely refurbish the interior and exterior of the city water receptacle,” Council member Sharon Crosby said in a statement.

“After realizing what had happened Tuesday morning, our water department director contacted state and local authorities regarding the vandalism. At this point we are waiting to hear more from the investigation, but Cleveland County has a very good sheriff’s department. Sheriff Jack Rogers and investigator Gary Young are working hard to find the responsible person.”

According to Crosby, this is not the first time the tower has been struck. The last shooter, who fired at the tower in 1993, was found and fined $11,000 for a class 3 felony.”

Yikes! Bet the responsible person is taking a nervous piddle of their own right about now…