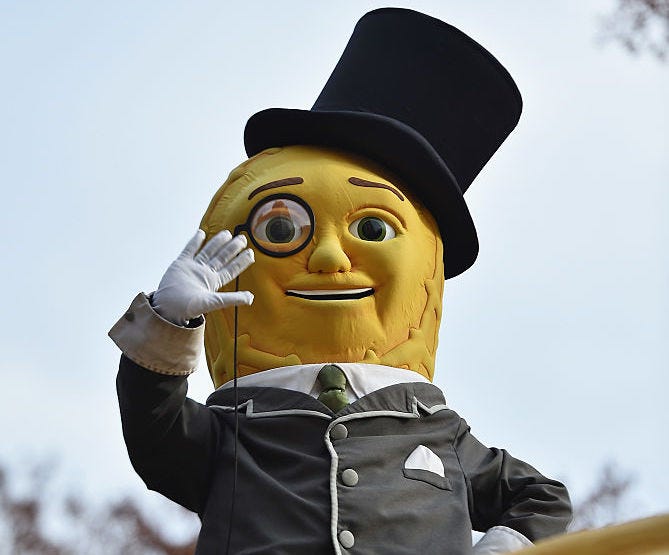 As we mourned the iconic Planters snack mascot, a miracle happened. Mr. Peanut is back!

Back in January, we found out that Mr. Peanut died at the age of 104, but the company’s Super Bowl advertisement brought him back to life, reported Huffington Post.

The new commercial sets the scene at Mr. Peanut’s funeral. His tombstone read “April 1916 to January 2020.”

Hello world, I’m happy to be back! I can’t believe everyone came together for little old me! #BabyNut pic.twitter.com/8DpCFjZzX3

“Mr. Peanut, he spent his life bringing people together,” Wesley Snipes said while reciting the eulogy. The previous clip showed Mr. Peanut trying to sacrifice himself to save Matt Walsh and Snipes.

In the ad, Mr. Clean and Kool Aid Man were in attendance. Kool Aid Man let out a somber “Oh yeah.” He then shed a tear which fell on the grave and magically resurrected Mr. Peanut into Baby Nut.