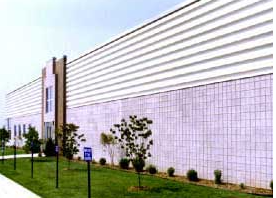 Governor Ned Lamont, in a release, said the closing will result in savings of $6.5 million for taxpayers. According to the state, the prison population dropped 44 percent between 2012 and 2022.

“Because spending millions annually to operate facilities for a population that is significantly smaller than just a few years ago is not a good use of taxpayer money, Connecticut is continuing to right-size its correction system to concentrate resources more effectively,” Governor Lamont said. “I applaud Commissioner Quiros, along with all of the correctional professionals at the Department of Correction, for their tireless efforts to keep the facilities secure and our communities safe.”

The facility opened in 1990 and currently houses 260 individuals. 71 correction professionals work there. Those employees will be deployed elsewhere, resulting in no layoffs.

“There is a great deal of work that goes into closing a correctional facility,” Department of Correction Commissioner Angel Quiros said. “From the staff to the incarcerated population, there are a lot of moving parts. Thanks to the professionalism of our staff, I have no doubt that the job will get done in a methodical and seamless manner, just as we did with the Radgowski and Northern facilities.”