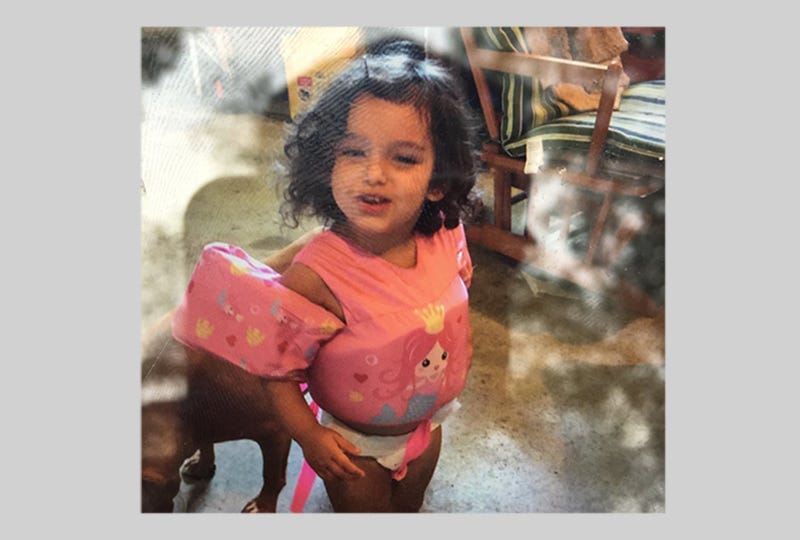 COMINS TOWNSHIP, Mich. (WWJ) - A 2-year-old Monroe County girl who vanished while camping in northern Michigan has been found after a day-long search.

The search for Gabriella Vitale began around 8:15 a.m. Monday after she was reported missing from a campsite on Reber Road, just west of M-33 in Comins Township. The family had been camping and was preparing to leave when they realized Gabriella was missing.

"The roadway that this camp site is on is a very rural dirt road. The campsite is just a clearing in the woods -- this isn't, if you're picturing a commercial campsite with lots of campers and tents, that's not the case. This is just a clearing in the woods where this particular family was camping with just family members," Michigan State Police Lt. Travis House told WWJ's Beth Fisher. "They lost track of her, sounds like for a relatively thorough period of time, and by the time they started to look for her, she was beyond their sight."

A search effort went on through the night and just before noon Tuesday, Michigan State Police tweeted that Gabriella was found alive. Further details of her recovery weren't immediately released, but reports indicate Gabriella walked up to a home about a half-mile away from the campsite and a woman there called police.

What a trooper! The searchers are all clearing and the command center is packing up. pic.twitter.com/cUnUGN6dza

Police believe Gabriella simply wandered away from the campsite, about 40 miles east of Grayling in Oscoda County. Foul play was never suspected.

"Gabriella may have autism or be on the spectrum, which is a concern because it can change and in a lot of ways make more difficult the search process," House said.

More than 50 officials and volunteers were involved in the search effort, which focused on a square-mile near the campsite.

"Most of it is densely forested, including some low land and swamps," said House.

Gabriella has been reunited with her family and taken to the hospital for evaluation.

Stay with WWJ Newsradio 950 and WWJNewsradio.com for the latest. >>LISTEN LIVE!