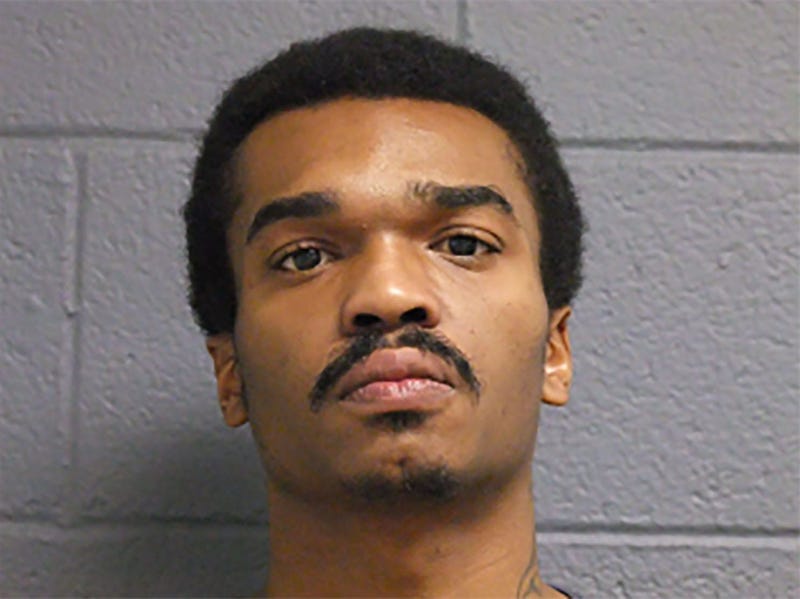 (WWJ)  A convicted felon from Detroit faces new charges for allegedly running a prostitution ring that required the prostitutes -- one underage -- to brand themselves with his name.

Tory Michael Anderson was charged by federal prosecutors for sex trafficking of a minor, and possession and receipt of child pornography.

This is Anderson's second go-round with the law; He had been sentenced to one to 30 years in prison for an armed robbery committed in 2014.

Anderson was out of prison and on parole when he began overseeing a group of hookers and allegedly insisting they brand themselves with his name. Per court records, one had his first name, "Tory" tattooed on her neck while  a second woman had his name tattooed on her forehead. A third woman, only 17, had the word "Tory" tattooed on the side of her face.

Per the complaint -- which you can see

HERE
HERE
Media Folder:
General
-- one of the victims told the FBI that "Anderson made all of his 'girls' get a tattoo on their body as a way of branding them."

Anderson was nabbed by undercover operation run by the Southeast Michigan Trafficking and Exploitation Crimes Task Force. The task force first encountered Anderson's underage victim at the Gemini Motel and Travelers Inn Motel, both in Redford.

During a surveillance mission on the teen at the motel, officers said Anderson showed up and actually backed into an FBI undercover vehicle with the smell of alcohol on his breath and $1,508 in his pocket.

An investigation and interviews with the women at the Roseville police department revealed the two other victims and information like Anderson kept all the prostitution money and doled out cash to the girls tattooed with his name to buy things they wanted.

One text message exchanged between Anderson and the 17-year-old from August showed him acknowledging her age and accepting naked photos of her, police said.