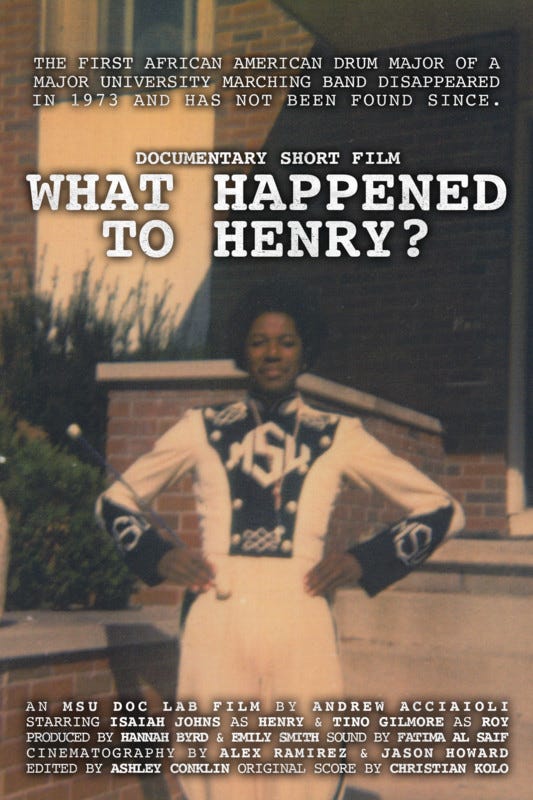 DETROIT (WWJ) - A cold case in mid-Michigan, involving the disappearance of a Michigan State University student, is getting renewed attention thanks to a new documentary.

It's the case of MSU's first African American drum major, Henry Baltimore, Jr. He was last seen in 1973 after being robbed and assaulted by a man named Roy Davis, and reporting the incident to police.

The case was being pursued by authorities when it's believed Baltimore was abducted from his East Lansing Apartment. Baltimore's family says he was afraid for his life before his disappearance.

Andrew Acciaioli, a graduate of the Film and Media Production program at Michigan State University, is the director of the documentary "What Happened to Henry?" He says Davis was likely involved, but the case remains unsolved after 47 years.

"It's believed that he's in Tulsa, Oklahoma right now, but since his involvement in this, he's had a crime record," Acciaioli told WWJ Newsradio 950's Michael Cohen.  "I mean he doesn't really seem like he's lived the greatest lifestyle after this, but he's also been under the radar, and so it seems like it's been hard to track him down, especially since he's in a different state now."

"What Happened to Henry?" is among the entries in the 4th Annual I See You Awards.

The I See You Awards film festival runs from Thursday, August 20, through Thursday, August 27, 2020.  All of the movies will be streaming online.  Because of the coronavirus, the awards ceremony also will be a virtual celebration this year. It is scheduled for Sunday, August 30th.  More information and tickets are available by visiting ISeeYouAwards.com.