(WWJ) The death of Adrienne Quintal, whose body was found near her family's Northern Michigan cabin in December, has been ruled accidental.

According to an update from the Benzie County Sheriff's Office, the medical examiner determined Quintal died as a result of "combined toxic effects of Methamphetamine and Diazepam" with a contributory cause of "hypothermia and environmental exposure to cold."

"But the doctor did tell me that there was enough drugs in her system that it was a lethal dose," said Benzie County Sheriff Ted Schendel. "So whether she had stayed in the cabin or not, she would've succumbed to the overdose of drugs."

On the medical examiner's report, the manner of death is listed as "accident."

The 47-year-old Southfield woman, who went by the nickname "Ada," was missing for 12 weeks after a strange phone call set off a desperate search. 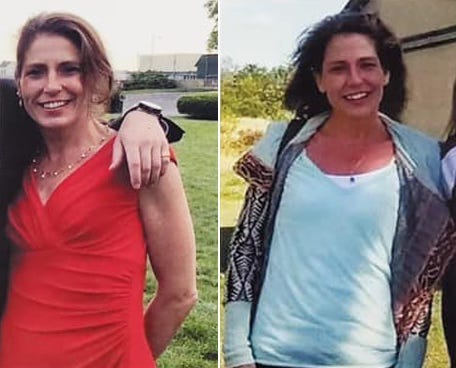 Authorities say Quintal was at her family's property near Honor the night of Oct. 17, 2019, when she called a friend downstate to say she was involved in a shootout with two men at the cabin. Quintal said she'd shot one of the men in the face, and urged her friend to call the police.

Deputies searched the cabin, finding bullet holes fired from the inside out, but no blood, and no sign of Quintal — other than the purse, phone and vehicle she left behind.

A reward was offered for tips, searches were conducted with cadaver dogs, and hunters were asked to keep an eye out; all without results.

On Dec. 21, Quintal's family called Benzie County authorities to report finding the missing woman's body in a flooded area on her family’s property, about 20 miles southwest of Traverse City, roughly 300-400 yards from the cabin. At that time, it remained unclear how she died.

Schendel had earlier theorized that "bad drugs" could have been a factor, and that it was possible that Quintal shot up the place herself, before running off into the woods.

Now, Schendel said, that appears to in fact be the case; and the investigation is complete.

The sheriff told WWJ's Michael Cohen that he does not believe the two men and the shootout were real.

While Schendel said Quintal's family insisted she was not involved with drugs, his many years of law enforcement experiences has taught him this:

"Sometimes people, you know, say they're something and they're really not, or they say they're not involved and they really are," he said. "And it's an unfortunate situation, its actually a tragic situation for the family."

Michigan State Police assisted the sheriff''s office with the investigation.