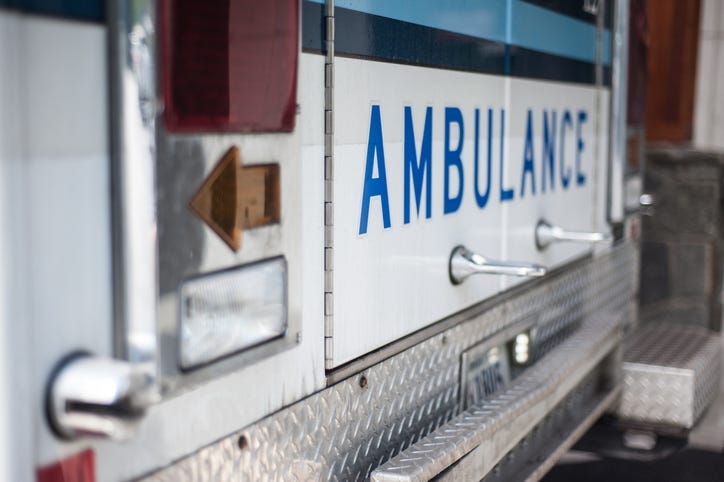 DETROIT (WWJ) - A driver who was allegedly going too fast for the snowy road conditions slammed into the back of an ambulance that was stopped at a crash scene on I-96.

The incident happened just after 10 a.m. Saturday as police and EMS crews responded to a crash in the westbound local lanes of I-96 at Outer Drive in Detroit.

While the trooper was inside of the EMS rig interviewing the driver, another vehicle lost control and struck the back of the ambulance.

The trooper was thrown upon impact of the crash and hit his face inside of the rig. He complained of pain to his nose but did not require any medical treatment.

Two EMS workers were also in the ambulance at the time of the crash, but neither were injured.

Another ambulance arrived and transported the initial patient to the hospital.

The at fault driver was issued a citation for not having a driver’s license, failing to yield to a stationary emergency vehicle and driving too fast for road conditions.