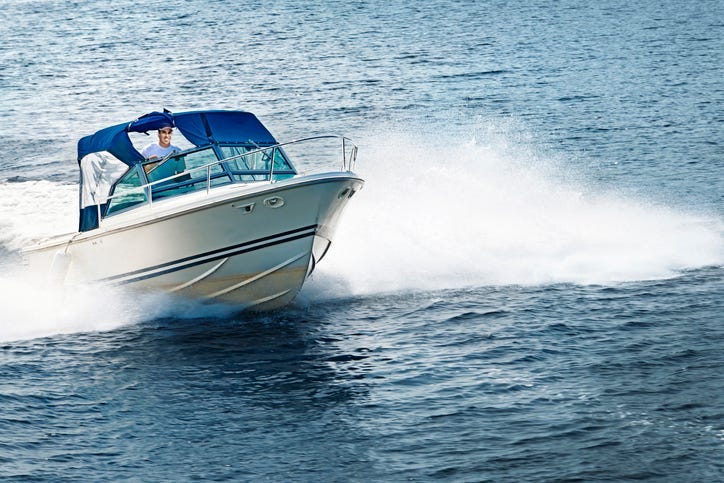 (WWJ) The Michigan United Conservation Club (MUCC) has moved to file a lawsuit challenging Governor Whitmer’s ban of motorboats in her most recent Executive Order.

In a press release; the state’s largest conservation nonprofit says they’ve received hundreds of complaints and concerns from residents, particularly the ‘angling community.’

Motorboats are not allowed, according to the Frequently Asked Questions pertaining to Executive Order 2020-42. Sail boating, kayaking and canoeing are permitted.

The MUCC Executive Board voted 14 to 1, with one member absent, to file a lawsuit challenging the Executive Order’s crackdown on motorboats; according to the press release.

The MUCC drafted a letter to Governor Whitmer regarding their concerns. Also named in the letter is State Attorney General, Dana Nessel; Senate Majority Leader, Mike Shirkey; and Speaker of the House, Lee Chatfield, among others.

But other launches have much less traffic.

Executive Director of the MUCC, Amy Trotter, spoke live on WWJ: “We believe these are only a few examples of the literally thousands of public and private accesses we have throughout Michigan. We don’t believe that looking at those problem areas is an impetus to ban this statewide.”

Green stated in the release being able to visit low-traffic boat launches could help improve ‘the mental health’ of many Michiganders.

“There have been some tickets issued as well as numerous warnings,” Trotter said on WWJ.

In the press release; Green stated this legal move does not mean the MUCC takes COVID-19 “lightly.”

“We cannot stress enough our empathy for those of you who have been impacted by the novel coronavirus,” Green wrote. “You are in our thoughts…united we shall stand.”

You can listen to the whole interview with Executive Director, Amy Trotter, here.