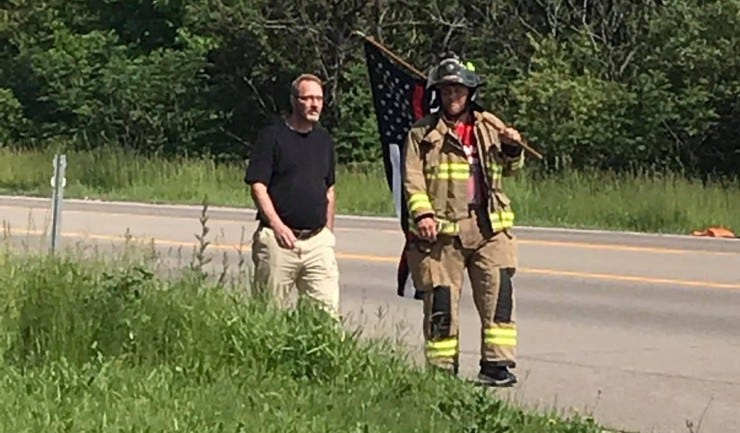 (WWJ) A Macomb Township firefighter is taking a long walk to raise money for firefighters fighting cancer and their families.

Joe Warne, who began his journey Thursday morning, will trek 140 miles on foot from a fire station in Macomb Twp. to another in Cascade Twp. in the Grand Rapids area.

Warne, made the "extremely painful" walk last year and didn't plan to do it again until he learner his retired captain has cancer. "So that kind of pushed us into we have to make this a yearly event," he said. 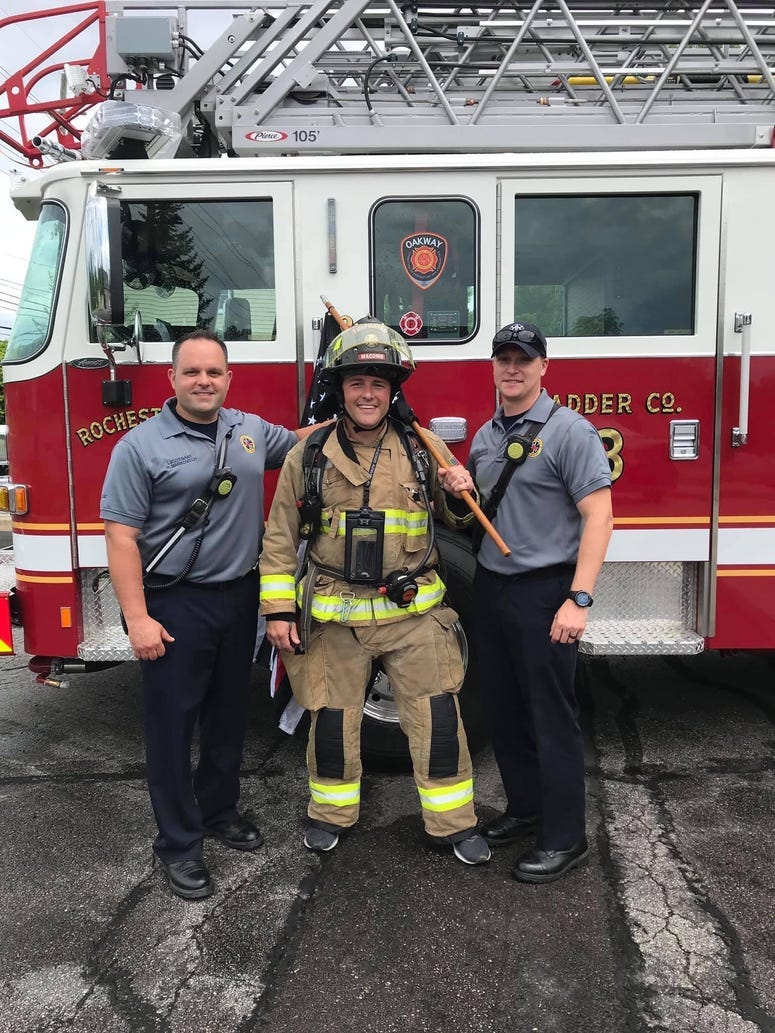 "He was on a vent twice and almost didn't make it," Warne told WWJ's Beth Fisher, earlier this week. "But this Thursday coming up on the 24th he will be joining us and walking with us to start the walk."

Fisher asked how Warne has been preparing.

"This year I've been walking a lot more. I have a weighted vest and ankle weights to train with," Warne said. "We've been walking more at the fire station in our gear when I shift, so that's been helping out a lot. And last year really what happened is my feet got wet and really made it a mess on the first day, so hopefully we can stay dry this year!" 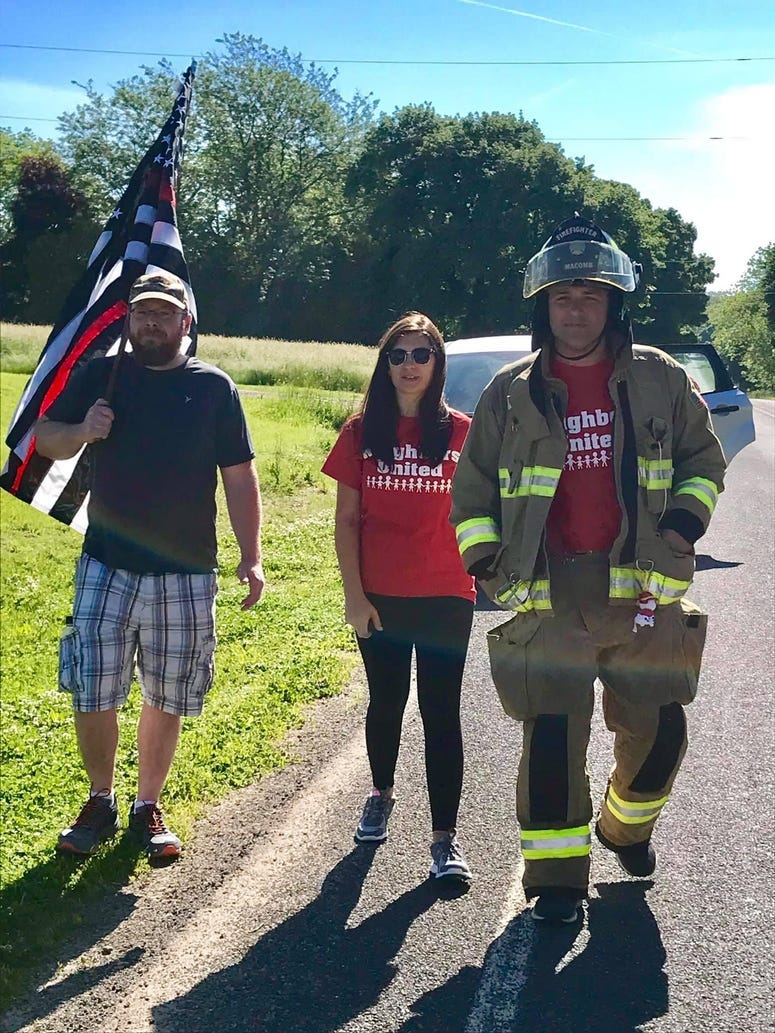 Warne will be joined by a couple of other firefighters, some if whom will be coming and going throughout the walk.

Those who wish to donate can do so on the Neighbor's United Facebook page AT THIS LINK.