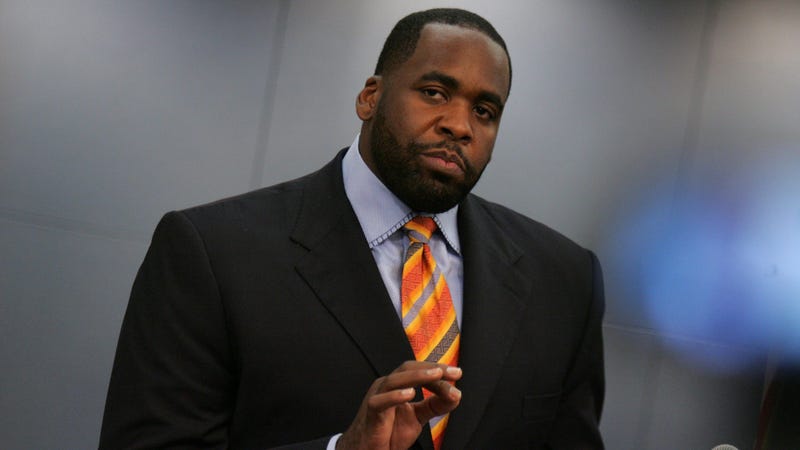 (WWJ) Should former Kwame Kilpatrick be released from prison because of the coronavirus?

WWJ's Vickie Thomas reports there are renewed calls to set the imprisoned former Detroit mayor free due to the pandemic.

Wayne County Sheriff Benny Napoleon is weighing in on that question as officials say prisons, where it's virtually impossible to practice social distancing, are a breeding grounds for the virus.

"Certainly, the former mayor did something that he should not have done," Napolean said. "But, realistically I think that we should look at it like — especially during this pandemic — are you mad at him, or are you scared of him?" the sheriff said.

"If you're scared of them, they deserve to be incarcerated. If all you are is mad at them, then we should figure out something, some other way to punish people that we're just mad at, we're not afraid of."

But, as he was not convicted of a violent crime, Napoleon told Thomas he believes Kilpatrick is among convicts who have been "over-incarcerated."

What would he suggest to prison officials? "I think they should look at it and see if he qualifies," Napoleon said.

As for if the 49-year-old Kilpatrick would be held under house arrest or where he would go if he were released is not known.

The Detroit News reported last week that a fellow inmate of Kilpatrick's died on April 25 after testing positive for the coronavirus. Patrick Jones, 49, was serving a 27-year sentence for a drug crime when he became ill at the federal prison in Oakdale, Louisiana.

Kilpatrick was transferred to the low-security prison, northwest of New Orleans, from a New Jersey facility last December.

As of today, Kilpatrick is not expected to be paroled until 2037.

MORE: Man Responsible For 696 Green Ooze To Be Released From Prison Due To Virus