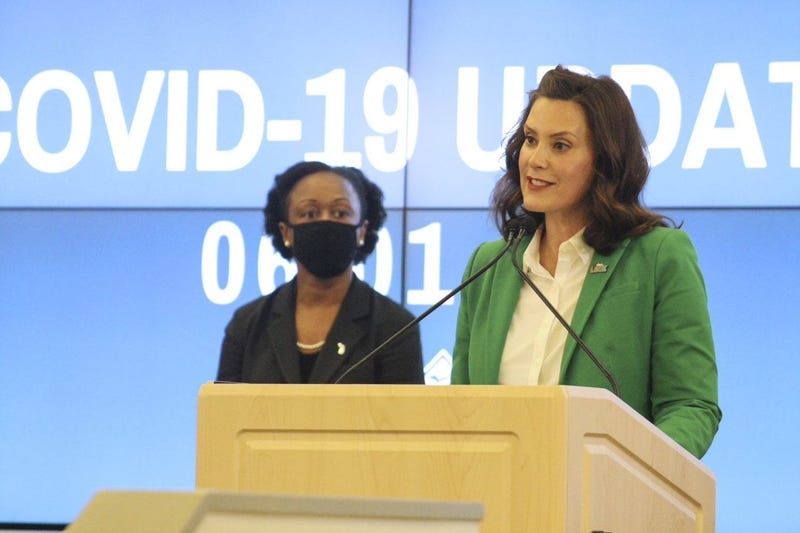 (WWJ) The Michigan State Board of Canvassers has determined that one of two recall efforts targeting Gov. Gretchen Whitmer will move forward.

There was some discussion during a virtual meeting Monday about the clarity of the petition filed by Chad Baase. But in the end the bi-partisan board decided to approve the petition language by a vote of 4 to 0.

Baase, a Republican from Albion, says the governor should be recalled because she signed nine executive orders during the coronavirus pandemic that hurt businesses.

This was Basse's third attempt at initiating a recall.

"She's made it to where there's so many businesses that will never be able to reopen because of her dictatorship, the way that she' executed her executive orders," Baase, 39, said. "It could have been done in a much more efficient manner to where the unemployment rate wouldn't be what it is."

This is just a first step.

Baase and his group, the Committee to Recall Governor Gretchen Whitmer, must come up with more than 1 million signatures from registered voters within 60 days to trigger a recall election. They will start collecting signatures on July 1.

Baase is organizing a July 4 event on the Michigan Capital lawn to collect signatures and pass out petitions.

Meanwhile, a second recall petition targeting the governor was denied Monday because board members said it was not specific enough. That petition said Whitmer's stay-home orders — designed slow the spread of the deadly virus — were not necessary to sustain or protect life.

Messages from supporters of the petition included, "She's killing Michiganders," and "she's lost and unable to lead the state."

This update on recall efforts comes a weekend after Whitmer announced the loosening of many restrictions across Michigan. As of Monday, bars and restaurants are allowed to reopen for dine-in; and on June 15, hair salons, gyms, spas, theaters, performance spaces and sports venues will also be allowed to re-open with capacity limits, social distancing and other safety measures.

According to the Michigan Department of Health and Human Services, there have been 58,870 confirmed cases in Michigan, and 5,656 deaths attributed to COVID-19, the respiratory illness caused by the virus. While working to reduce the spread over the last few months, Whitmer has repeatedly said that all of her decisions were made with the input from experts and were in the best interest of public health.