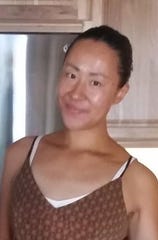 (WWJ) At first, the situation was reported as a grisly one when two people stumbled onto the burned body of a woman at an Oakland Park July 13 -- but now more details are emerging.

The victim was identified as Susie Zhao, a professional poker player from White Lake Township.

And a Pontiac convicted sex offender is accused of killing her and trying to destroy the evidence.

Jeffery Bernard Morris, 60, was arraigned Tuesday by a 52-2 District Court judge in Clarkston on a felony charge of first-degree premeditated homicide in Zhao's death. He's accused of killing Zhao at the park before lighting her on fire.

Freep.com reported that police stopped Morris near Interstate 275 and Michigan Avenue and executed a search warrant on the vehicle of the man who was convicted of third-degree criminal sexual conduct in Oakland County in 1989.

Zhao, 33, was living with her parents in Waterford earlier this summer after relocating from Los Angeles, and was last seen alive at about 5:30 p.m July 12. She identified herself on Twitter as a professional poker player and won $73,805 in the 2012 World Series of Poker Main Event. Her overall winnings were $224,671 in tournaments, per pokernews.com.

Any possible motive and the manner of the killing have not yet been released.

Morris is scheduled to appear in court for a probable cause conference on Aug. 18.

The investigation is ongoing. Anyone with information about this case is asked to contact the FBI at 1-800-CALLFBI or submit tips online to tips.fbi.gov.