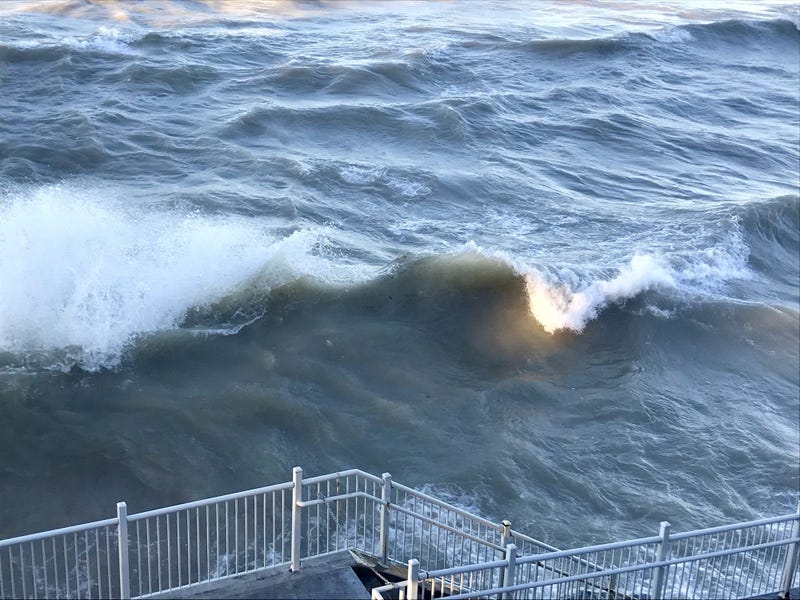 (WWJ) In the video, it's called the Lake Ness monster ... But what the heck is the dark slinky shape slithering across the water?

The object or being in question was washed over the south pier in South Haven -- one of Michigan's top summer paradise spots -- during the gales experienced across the region about two weeks ago.

"But really, what the heck is it? Apologies on quality - taken from downtown with live web camera in 40 mph wind," wrote Tim Wenzel, the person who posted the video.

Note for scale that the walkway on the pier is 35 feet across at its narrowest point.

Still, some guessed it was a sturgeon; Others said if it was, that would make it the largest one in recorded state history.

One person guessed it was a mermaid.

Wenzel noted that a close-up screen shot shows the object in question seemed to have a forked tail.

Kelly Weber wrote that it, "looked slimy and moved like an eel. Crazy big!"

"I don't think it could be anything other than something living, based off of its dive back into the water at the end. It was a single splash, not a long one. I give it a 10 out of 10," Joanne Smith wrote.

The image was captured on a livestream set up to watch the pier.