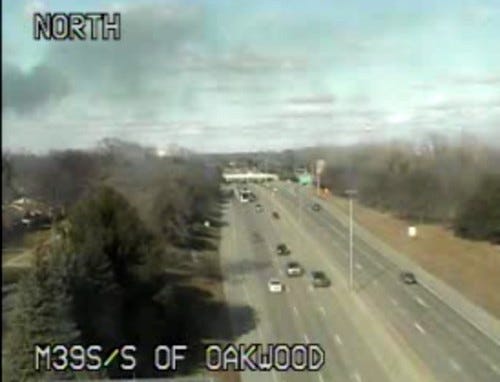 Smoke drifts over the Southfield Freeway from a junkyard fire. Photo credit MDOT
By WWJ Newsradio 950

(WWJ) There were a lot of calls about smoke, and some gawkers on the Southfield Freeway, but no one was hurt in a fire at a junkyard Thursday in Detroit.

Fire crews were battled the big two-alarm blaze through the afternoon into the early evening, off Meyers Road just south of Lyndon on the city's west side.

Detroit Deputy Fire Commissioner Dave Fornell said there were multiple firetrucks on the scene; and that crews would be at work there for quite awhile.

"It looks bad; a lot of smoke," he told WWJ Newradio 950's Stephanie Davis. "We've had numerous calls for fires, you know, around that area where there were no fires ... but people were concerned because of the smoke."

The fire was burning in a mostly industrial area, with a few businesses nearby.

"At this particular point," Fornell added, "it's kind of a surround and drowned operation — no injuries — and it's not gonna spread beyond the original car salvage yard." 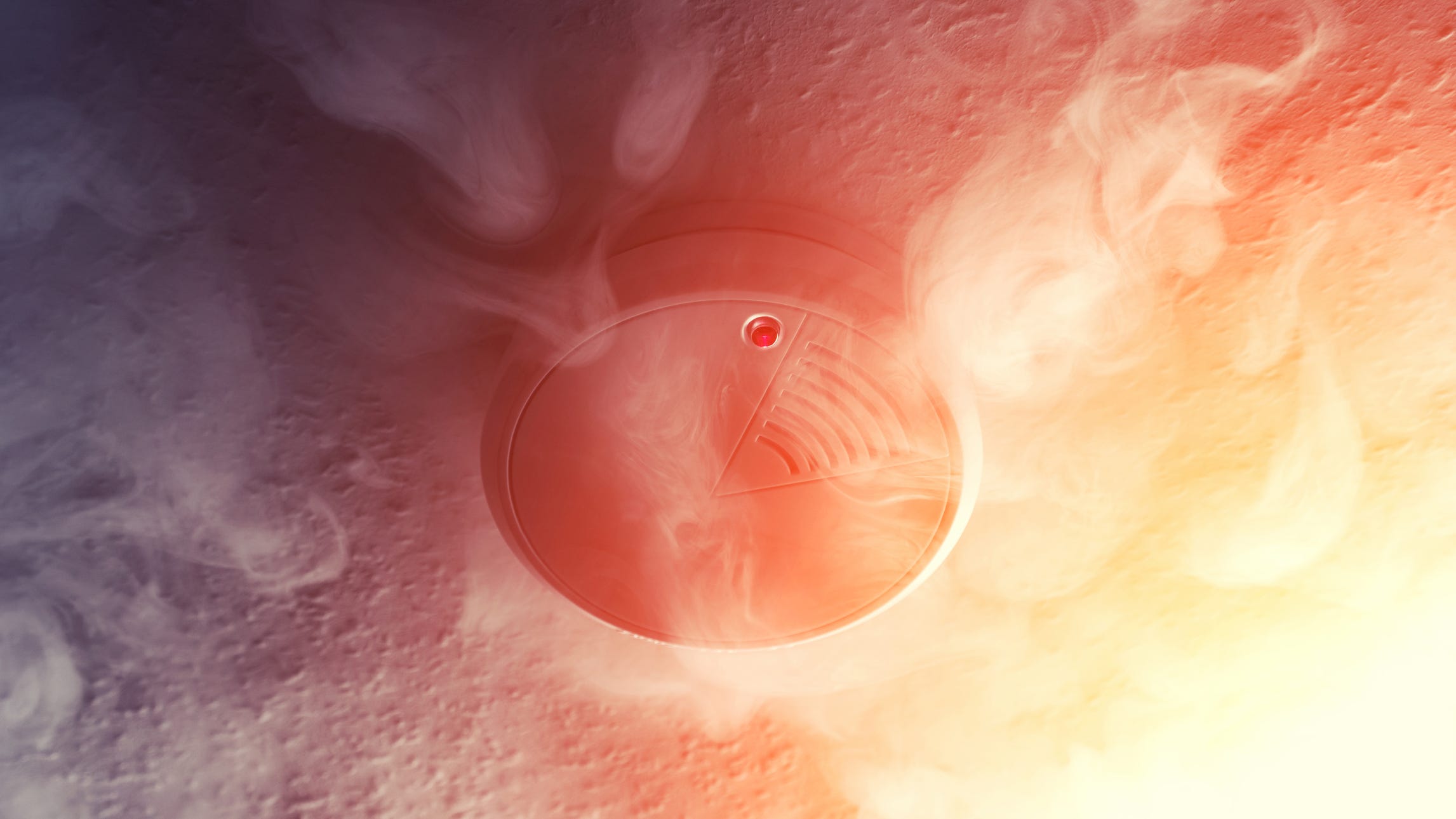 With smoke drifting over M-39 between Outer Dr. and Oakwood Blvd., drivers were urged to use caution through the area.

WWJ listeners reported they could see the smoke from at least 10 miles away.

The cause of the fire is unknown at this time.