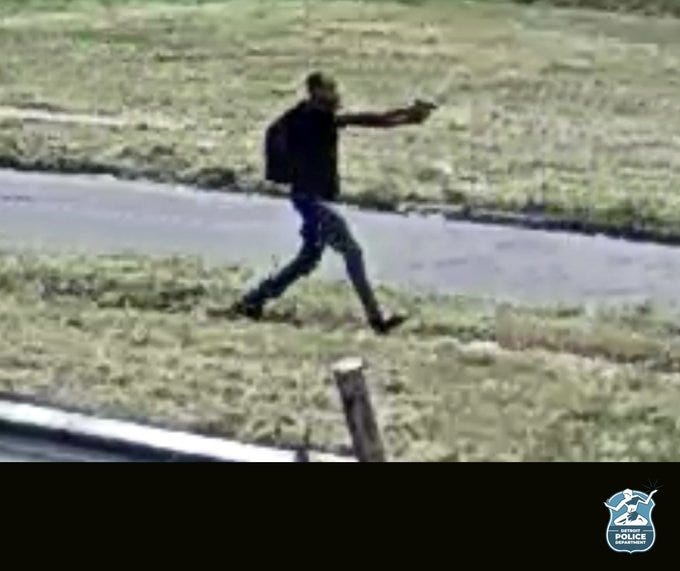 DETROIT (WWJ) – Detroit police are asking for the public’s help in tracking down a murder suspect who was caught in the act by surveillance cameras Monday afternoon.

Officials say the shooting happened around 2:40 p.m. Monday in the 19300 block of W. Warren Avenue, between Evergreen and the Southfield Freeway.

Authorities have not released many details about the shooting, other than a man in his 40s was killed. A possible motive in the case is not known.

Police released footage from a Project Green Light camera that shows a man wearing a black jacket and dark pants run up on two men who were walking in the area.

The video cuts out before shots are fired, but it shows a red car passing the men as it happened.

Officials are asking anyone with information about the shooting to call the Detroit Police Department at 313-596-2260 or Crime Stoppers at 1-800-Speak-Up.