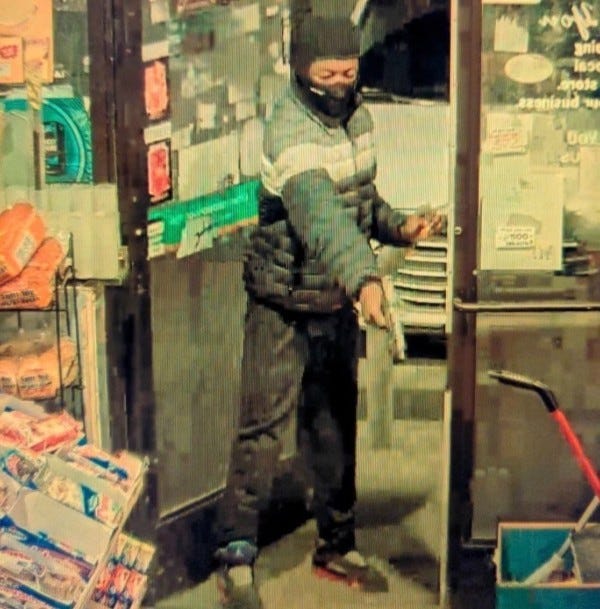 DETROIT (WWJ) – Detroit police are asking for the public’s help in tracking down suspects in recent shootings on the city’s east side involving young Detroiters, one of which they believe stemmed from a social media dispute.

Detroit Police Chief James White, in a rare move on Thursday, released a photo of a juvenile person of interest, 16-year-old Mekhi Green. The chief said he released that information because he believes Green has information that will help police solve the case of a 15-year-old who was shot at a Mobil gas station in the 11000 block of E. 7 Mile Road, near Outer Drive, last Friday night.

Indications are that a dispute happened on social media -- and then the victim and suspect met at the convenience store "to settle it with a fist fight," according to White.

Unfortunately, White said, one of the teens brought a gun to the fist fight.

“This person was focused on killing this 15-year-old,” White said.

The victim is believed to have known the perpetrator, and authorities want to talk to Green because they believe he has the information they need to close the case -- that's why White said he was releasing Green's name and photo.

“Think about the fact that this was a 15-year-old kid in a store after having a dispute on social media that is no longer here, who’s dead,” White said. “And his family, forever, will have to deal with this tragedy.” 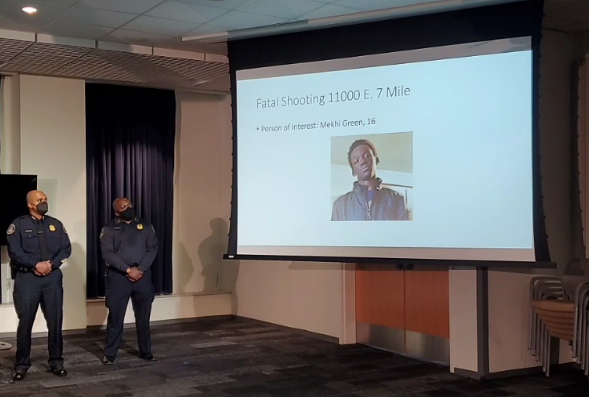 Police are asking anyone who knows where Green is to either bring him to a Detroit Police Department precinct or contact the department. White noted anyone who may be harboring Green could be facing charges.

Authorities have not released any other details about the suspect in the shooting, or what sparked the apparent social media dispute. 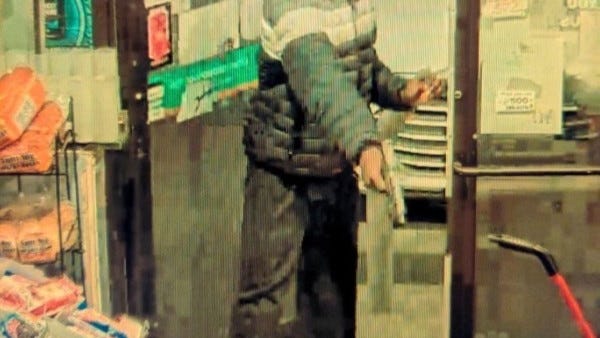 In a separate incident, a 12-year-old boy was wounded while getting ready for bed inside a house in the 10,000 block of Nottingham, near I-94 and Harper, when someone opened fire on the house.

White said police believe the boy was an innocent victim, but did believe the home was targeted. No further details on that shooting have been released.

During Thursday's news conference White also discussed the importance of gun ownership responsibility and the increase in gun registration from 2019 through 2021. He also explained police protocol in relation to concealed carry arrests.

“We don’t want to arrest anyone. We are not looking to lock people up,” White said. "We are very concerned about illegal ownership in irresponsible hands.”

Stay with WWJ Newsradio 950 for the latest details on this developing story. >>> LISTEN LIVE!